Former Dino adjusting well to life in the NCAA

Former Dino adjusting well to life in the NCAA

When Deane Leonard played in his first game as a member of the Ole Miss Rebels, there were a few things that he had to get used to.

The former Calgary Dino – Leonard decided to take his talents down south to the NCAA when U SPORTS announced they would be cancelling their season due to COVID-19 earlier this year – had two things on his mind that he needed to adjust to, and he needed to adjust quickly.

“One is playing press,” Leonard told members of the media Monday on a Zoom call, explaining the adjustments on the field he’s had to make since joining his new team.

“That’s what I didn’t really have experience with. Two is how athletic the guys are, both in speed and size. Playing against Florida… going against Kyle Pitts, that’s six-six, 240, I’ve never see anything like that especially in my three years in University.” 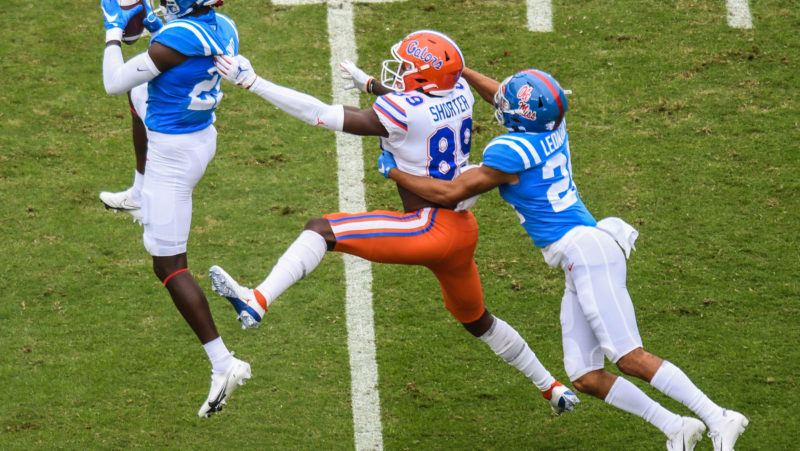 The six-foot-two, 193-pounder was ranked 13th on the CFL’s Scouting Bureau that was released on Thursday, one of four defensive backs on the list. North Carolina’s Patrice Rene was the top-ranked defensive back at eight, followed by West Virginia’s Alonzo Addae (10th) and Saskatchewan’s Nelson Lokombo, who was ranked just behind Leonard at 14th.

“If you want to look at the expectation at your position of length, athleticism and explosion, (Leonard’s) as good as anybody,” said Marshall Ferguson, CFL.ca writer and Draft Guru. “For a defensive back to be at his size and his speed and also to have the footwork that he does at his size and speed. It’s pretty unique.

Leonard spent three years with the Dinos, including the 2019 season where he and the rest of his teammates won the Vanier Cup. He was one of the top defenders in the West Conference, with a conference-leading four interceptions, two of which were returned for touchdowns. By seasons end, Leonard had tallied 42 total tackles, one sack and three pass breakups.

“He is so instinctive, that’s the word I came away with after watching him,” said Ferguson. “He obviously has great natural ability. He’s super long, so he’s a perfect DB in Canadian football and he’s a perfect special teamer.”

The transition to a new style of football usually takes some getting used to. Like we usually hear about in the CFL, players who come from down south need to take some time to learn the little nuances of the Canadian game, especially the waggle (motion of receivers towards the line of scrimmage before the snap).

But a Canadian defensive back learning the American game on the fly, as Leonard has done over the last few weeks, is even more of a challenge and is impressive to be able to do so.

“That is a huge adjustment,” Ferguson said. “I think that’s a bigger adjustment than any receiver coming from the States to learn the waggle. The waggle, people make such a big deal about because you just have to be able to basically skip towards the line of scrimmage and time up when the snap is coming up, which if you have any rhythm whatsoever, really isn’t that difficult. I know we make a lot out of it because for receivers, it is something unique but it’s not a huge challenge.

The 20-year-old was thrown right into the thick of it, suiting up for the Rebels first two games of the season. He tallied a solo tackle against Florida in Week 1 and followed that up with an assisted tackle against Kentucky.

“It was a learning experience, for sure,” Leonard said of the pair of games. “I was slipping everywhere but I think what that game told me was that I was in position for all of those plays and I can compete with them.” 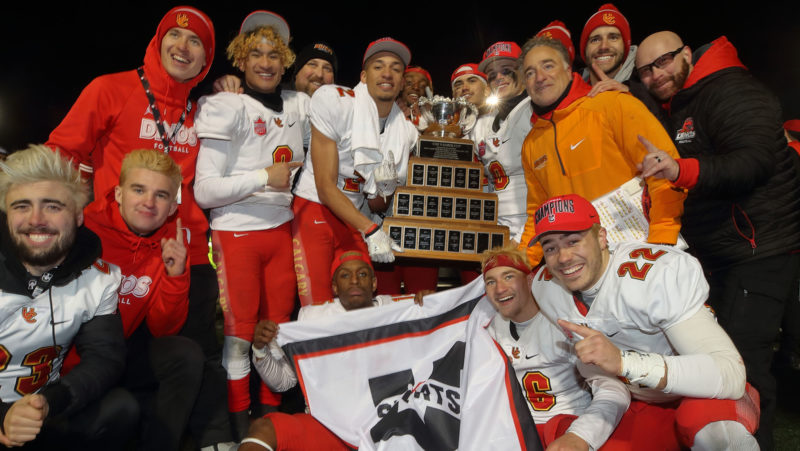 One of Leonard’s Rebel teammates, Tavius Robinson, has also recently made the jump from U SPORTS to the NCAA, after transferring from Guelph back in June. Not only are the pair roommates, but Robinson has been someone that Leonard has been leaning on for support.

“It’s nice having another guy in a similar situation,” said Leonard. “I think even past football, just coming to Mississippi, there’s a big cultural difference and having another Canadian guy to be there is pretty big.”

“These guys are in a weird year,” said Ferguson of the pair of Canadians playing in the States. “Where they were looking for somewhere to play, with U SPORTS being shut down and the NCAA being up, they’ve gone down and immediately began to compete on short notice without training camps and still trying to figure out their eligibility right down to the eleventh hour. They’re going down there and they are showing that there are players in U SPORTS football that are of a hire calibre then we give them credit for.”

While it may not be as common to see a U SPORTS player head down to the NCAA level, it shouldn’t really be shocking considering the level of play in Canada.

“It is rare but there are more players in U SPORTS football that are capable of making that jump to a higher level of football than people realize,” Ferguson said. “They shouldn’t be shocked when a really, really athletic U SPORTS player, who adapts to the game regardless of whether it’s three down or four down, makes the jumps and has success. That shouldn’t be shocking because the quality of U SPORTS football is higher than people realize and it’s just because people sleep on it and we don’t really give them the credit for it.”

As the rest of the football season gets underway and Leonard gets more and more comfortable with the new style of play, his skillset will only increase, giving CFL teams a reason to want him on their rosters once the 2021 CFL Draft rolls around next year.