A historical look at the Lions, Argos cross-country rivalry 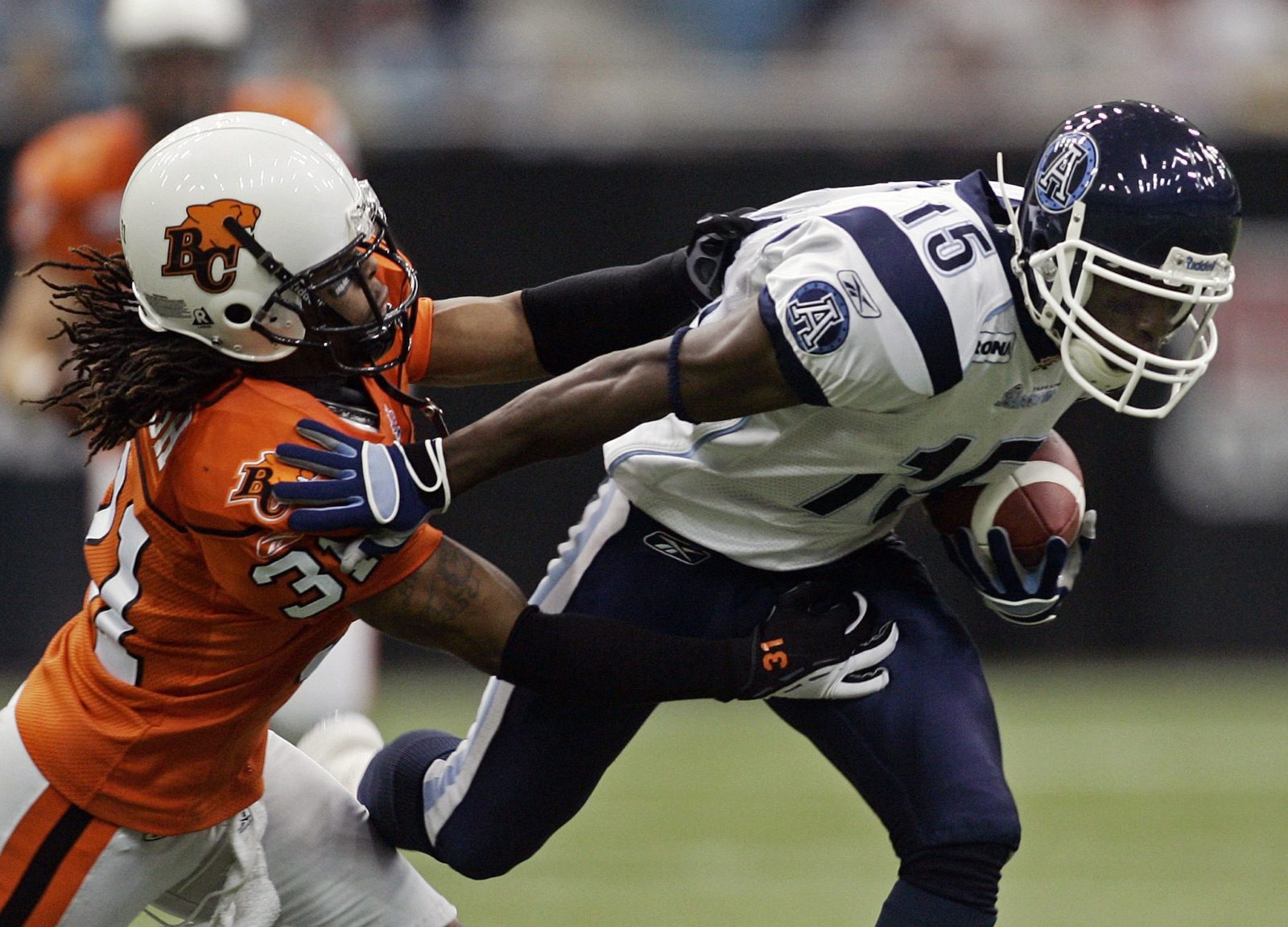 A historical look at the Lions, Argos cross-country rivalry

Centre of the Universe. The Big Smoke. Many sports fans not from there might just simply consider it the Evil Empire. Some use any opportunity to point out the Maple Leafs’ last Stanley Cup win took place before the first moon landing. Yet others latch onto the Blue Jays’ and Raptors’ respective bandwagons like it’s a symbol of their Canadian patriotism. Yes, the overall views on Toronto are a bit complicated. But when it comes to the Lions and Argonauts, there isn’t much hate or love. The Boatmen have been on the other end of some memorable games over the last 67 years.

Lion diehards will remember two heartbreaking Grey Cup results. There was an epic meeting at BC Place in 1991 that fans of a certain vintage will never forget. Overall, the Lions have dominated the regular season series. So it’s definitely not all that bad. Under normal circumstances, we would be preparing for a Friday night tilt against the Boatmen at BMO Field. On a short week after hosting Saskatchewan last Saturday, game 15 of the 2020 season and the first in October likely would have carried some significance in the team’s quest to return to the playoffs. Instead, we will take this opportunity to re-hash some of the key battles against the double blue in our history. 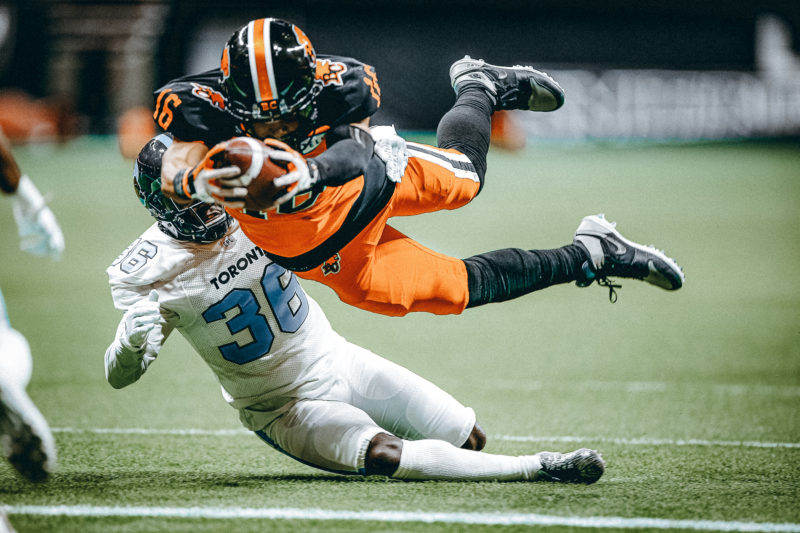 Okay, let’s get this one out of the way. The Lions are 0-2 all-time in Grey Cup games against the Boatmen, losing in both 1983 and 2004. The ’83 loss at brand new BC Place is probably best remembered for the drop by Jacques Chapdelaine that at the worst, would have set them up for a Lui Passaglia winning field goal and a two-point win. Instead, the Argonauts prevailed 18-17 on the strength of a defence that shut out Roy Dewalt and company for the entire second half. It was Toronto’s first Grey Cup win since 1952.

2004 was a disappointing end to an otherwise remarkable turnaround season for the orange and black. Less than two years after the Lions cut him loose, Damon Allen exacted his revenge by leading the Argos to a 27-19 win in Ottawa. From a Lions perspective, this one is probably best remembered for Casey Printers being left on the bench in favour of Dave Dickenson despite Printers winning the CFL’s Most Outstanding Player Award earlier that week. Wally Buono ultimately went with the guy who had led the comeback victory over Saskatchewan in the Western Final. Also of note was a teary-eyed Jason Clermont being named Grey Cup Most Valuable Canadian in the losing effort.

Said the late Lions president Bobby Ackles in his 2007 autobiography The Waterboy, with Ian Mulgrew: “The Argos, our arch rivals-our nemesis- had defeated us again. I had been certain this was our year. We were a good team.”

We’ll say this: losses like these two certainly make you appreciate the years you won it even more. In each of those Grey Cup losses to the Argos, Ackles and the squad would sip from the Grey Cup two years later. 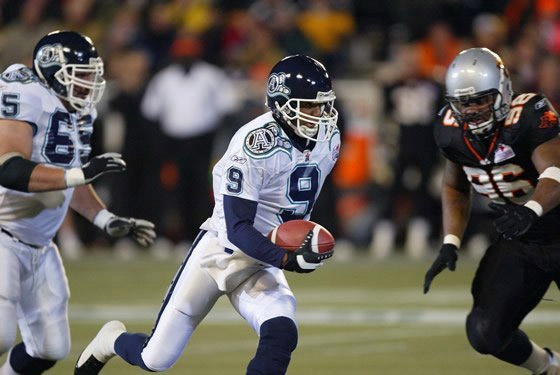 Overall, the Lions have had their way with the Boatmen in regular season play with an all-time record of 59-37-2. The most memorable meeting between the clubs before November was no doubt back in 1991 in front of over 50,000 raucous fans at BC Place. A quick scene setter. The 1991 Argonauts can probably lay claim to being one of the best single-season teams in modern CFL history.

Led by the speedster Raghib “Rocket” Ismail, who had turned down the NFL for bigger bucks up north, the Argonauts cruised to a 13-5 record before crushing Winnipeg 43-1 in the Eastern Final. The Grey Cup game with Calgary was anyone’s to win before the Rocket returned a kickoff 87 yards to the house- despite having a full beer can thrown his way from the crowd- to help secure the title.

But one of Toronto’s losses that year came to Doug Flutie and the Lions on August 1st of that season. The Boatmen were 3-0 entering that contest and looked to be in control after jumping out to a 21-3 lead through one quarter. The Rocket had contributed to the cause with a 13-yard touchdown run- his first CFL major- while Michael “Pinball” Clemons scored on a 94-yard punt return to stun the Lions spectators early. It was 14-0 before the game was even five minutes old.

But Flutie would rally the troops and connect with Ray Alexander and Jay Christensen for touchdowns, while Jon Volpe rushed for another. The home team was on top 38-28 with under seven minutes to go before Toronto rallied late to force overtime. Back in those days, the overtime format consisted of two five-minute halves that were played in full, regardless if a team scored on their first possession.

After the Argos opened the first extra session with a field goal, Ray Etheridge returned the ensuing kickoff 94 yards for a touchdown. You thought the old marshmallow roof might blow off BC Place. Volpe added another touchdown on a Flutie shovel pass for some much-needed icing on the cake and the final was 52-41 Lions. It was also the first of six overtime games the Lions would play in that season.

Flutie finished the night 31 of 46 for 361 yards and those three touchdown strikes. Even with his touchdown, Ismail was held to just 25 yards from scrimmage and returned three kickoffs for 106 yards. When he joined 1st and Now Chat earlier this year, the thing Flutie was most excited about when asked to recall this game was the overtime heroics from Etheridge.

“Honestly, he was not a great receiver but he could flat out fly,” Flutie remembered.

“The Missile, Etheridge. He returned a big kickoff for us in the overtime and he had a couple of big plays for us in that game. The guys on that team, we had a blast. Like you said, six overtime games. We threw for over 6,600 yards that year and the fact we played six overtime games kind of led to the extra yardage.”

The Flutie era may not have produced a Grey Cup for the franchise, but nights like this one are still talked about today. Daniel also provided us a handwritten scoring summary of the contest. The paper was put to good use! 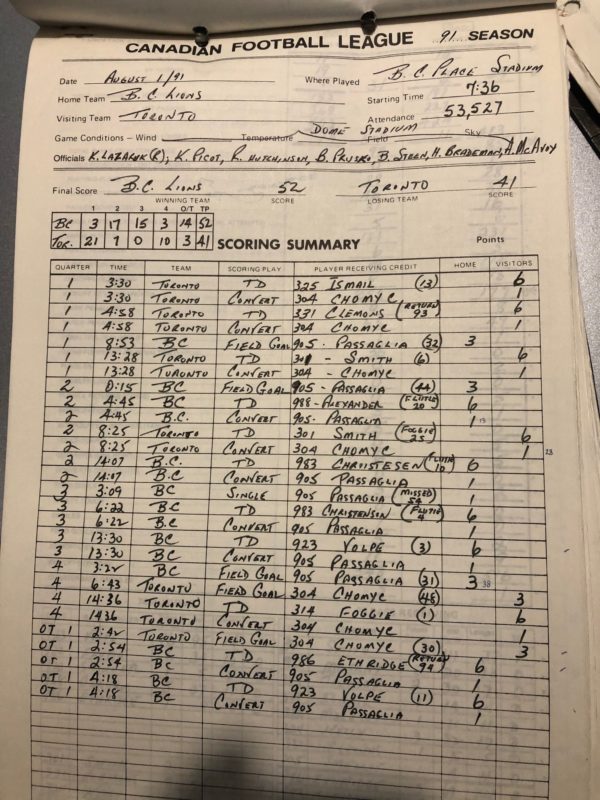 A couple more interesting tidbits from the all-time series with the Argonauts. The two ties both took place in Vancouver. The first came on September 29th, 1974 at Empire Field and the second on October 6th, 1984 at BC Place.

Toronto was on the receiving end of the second-highest margin of victory in Lions history. Twice, in fact. The Lions beat crushed them 51-4 at Skydome on August 24th, 2000, and repeated the 47-point blowout last season at BC Place when Mike Reilly, Bryan Burnham and company cruised to a 55-8 victory. A late Toronto touchdown is all that prevented the Lions from breaking the record for the largest blowout in club history: that remains a 67-15 win over the now-defunct Shreveport Pirates in 1994.

The two teams have faced each other in a season opener just three times: 1983 in the first regular season game at BC Place followed by 2005 and 2007 at Skydome/Rogers Centre. The Lions lost in ’83 but were victorious the other two times.

The Lions have a record of 3-1-0 in trips to BMO Field since the Boatmen returned to the CNE Grounds at the start of 2016. Last season’s win came in bizarre fashion when Sergio Castilo’s single off a winning field goal attempt with no time left secured an 18-17 victory.  Video highlight above. Man, we love this league.

Campbell Hard At Work As Brass Focuses On 2021

Forever Playoff Rivals | Our History With The Bombers