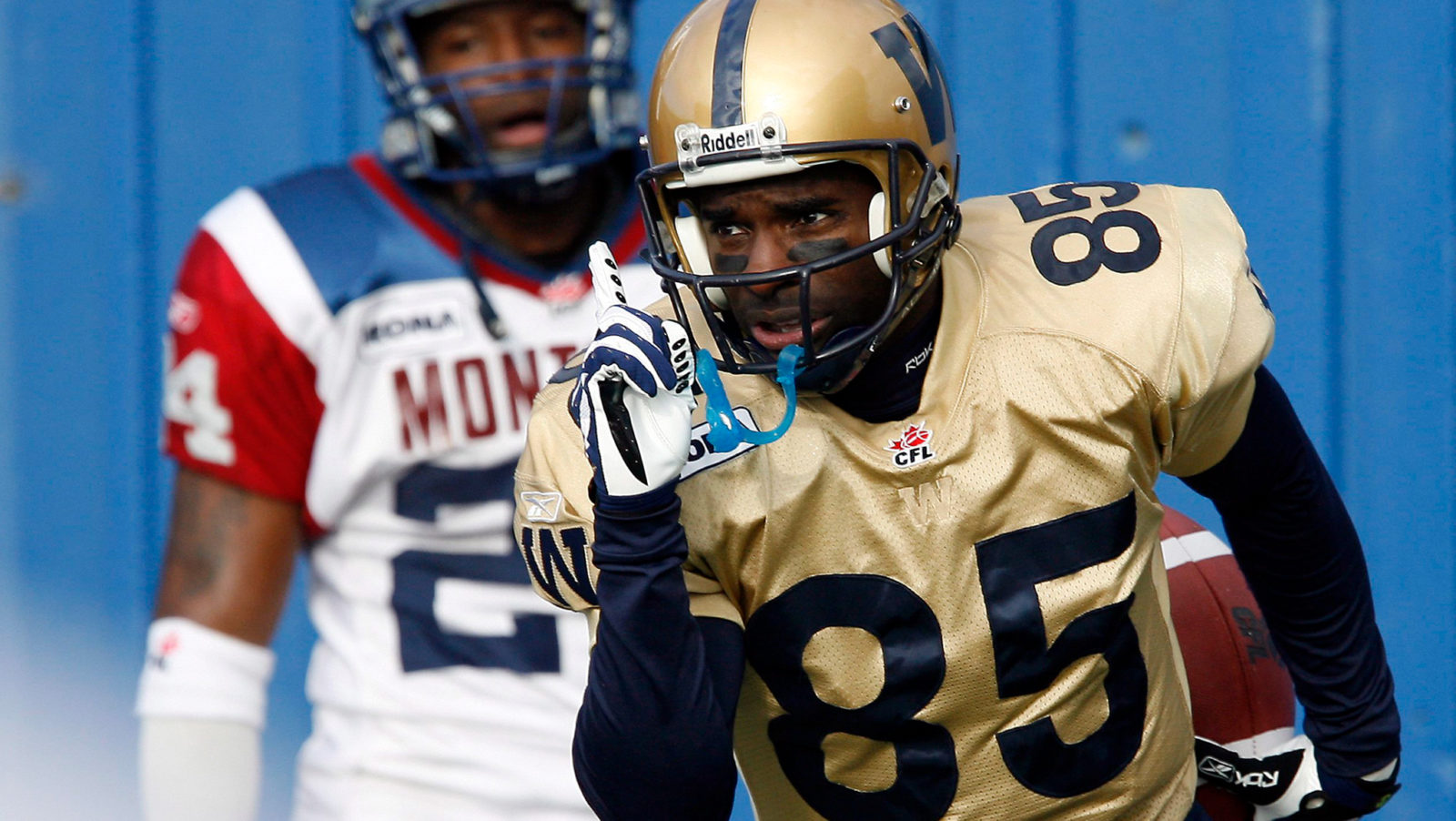 TORONTO — This week is likely to feel strange for many involved in the Canadian Football League. For decades, November’s arrival signals the start of the CFL post-season and a time when teams flip the switch from regular season jockeying in the standings to win-or-go-home scenarios.

In honour of the post-season’s first round, CFL.ca revisits one Division Semi-Final matchup from the last 15 year for each team that you may have forgotten about.

Need a more significant Semi-Final fix? Two of games mentioned in this list will be re-aired this Thursday and Friday as we kickoff CFL in 40 presented by CDIC. 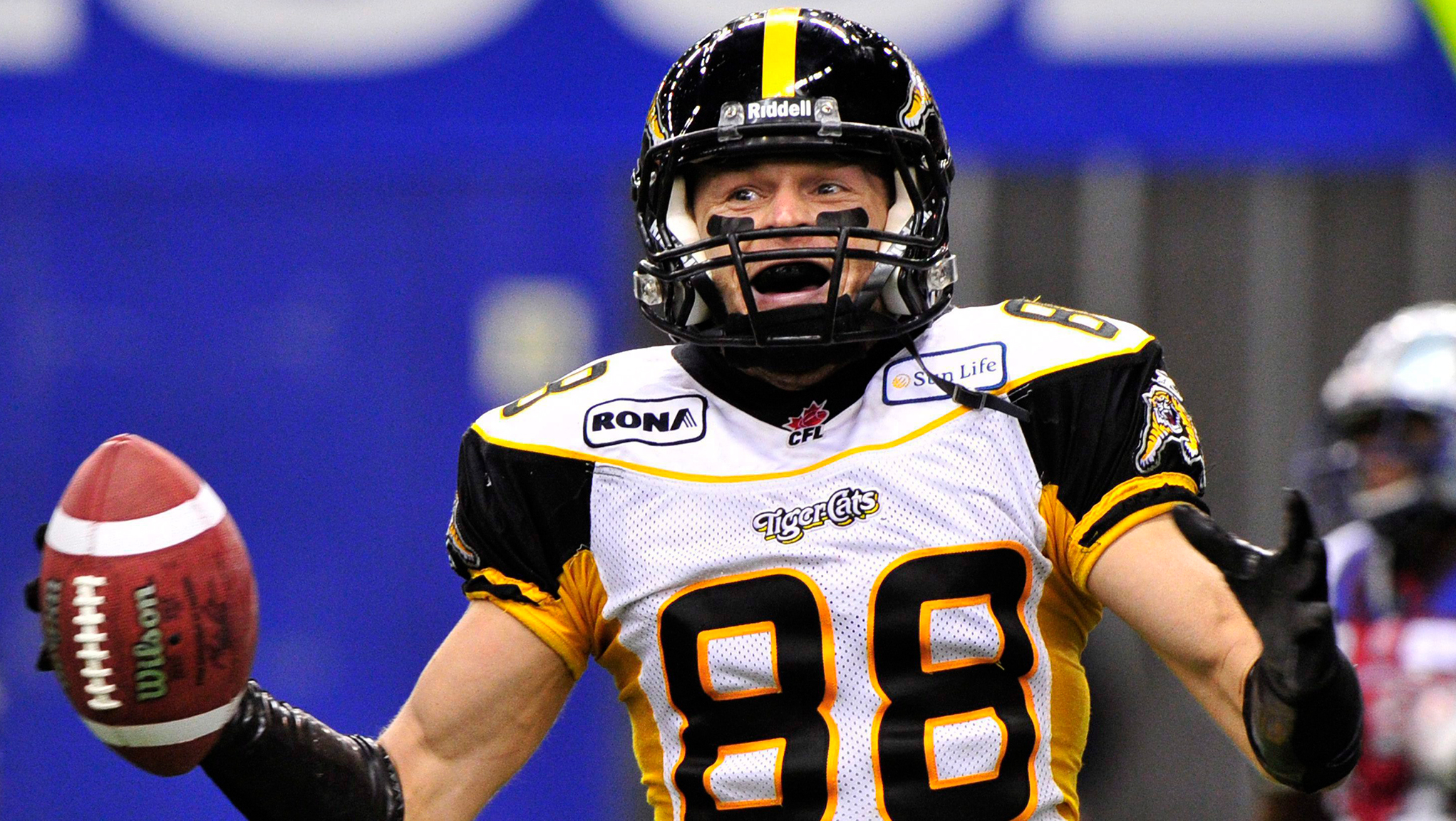 Dave Stala led the charge as the Ticats upset the Montreal Alouettes in a high-scoring back-and-fourth contest at Olympic Stadium back in 2011.

Montreal was coming off back-to-back Grey Cup championships with Anthony Calvillo at the helm and entered the game at home as heavy favourites. Stala, Kevin Glenn and the Tiger-Cats forced overtime and stole a 52-44 victory from the Als.

They would only muster one score the next week at a frigid Canad Inns Stadium in Winnipeg in the Eastern Final but this win in Montreal was their first playoff victory since 2001 and catapulted Hamilton to consistent threats in the East for the next half-decade.

An honourable mention here goes to the 2013 Eastern Semi where the Tiger-Cats setup their Grey Cup run by taking an overtime win over the Montreal Alouettes in their adopted home of Guelph, Ontario.

This game will re-air later this week on CFL.ca as a part of the CFL in 40 presented by CDIC broadcasts. 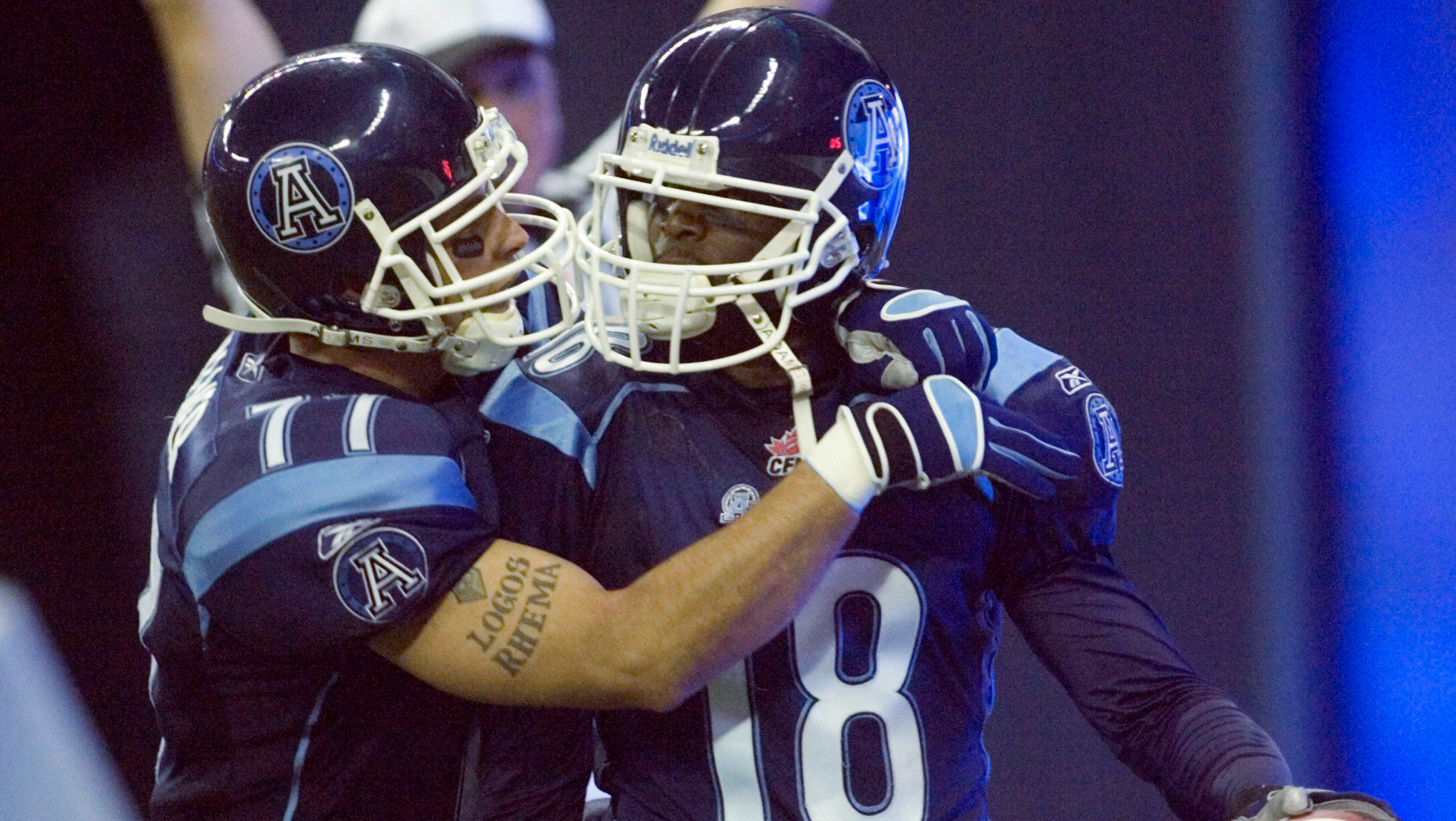 Down by two-scores at home in the fourth quarter ticking away, the Toronto Argonauts went for it, pulling future Hall of Fame pivot Damon Allen and replacing him with athletic backup Michael Bishop.

Bishop threw a pair of touchdown strikes in less than two minutes to Michael Palmer and R. Jay Soward (above) to complete the comeback sending a raucous Rogers Centre crowd to into a frenzy.

The Alouettes scratched and clawed their way to a playoff berth but despite being the home team, they were considered the underdog against an experienced BC Lions club that came off a dominant first-place finish just two years before.

Quarterback was a revolving door in Montreal but for a short time, Jonathon Crompton grabbed the job and he and the Als absolutely dominated from the opening kickoff in a 50-17 win over the Lions.

Six different players scored seven touchdowns, while the defence was on lockdown from start to finish as the Alouettes earned their seventh win in eight games that season to head to the Eastern Final vs. Hamilton. 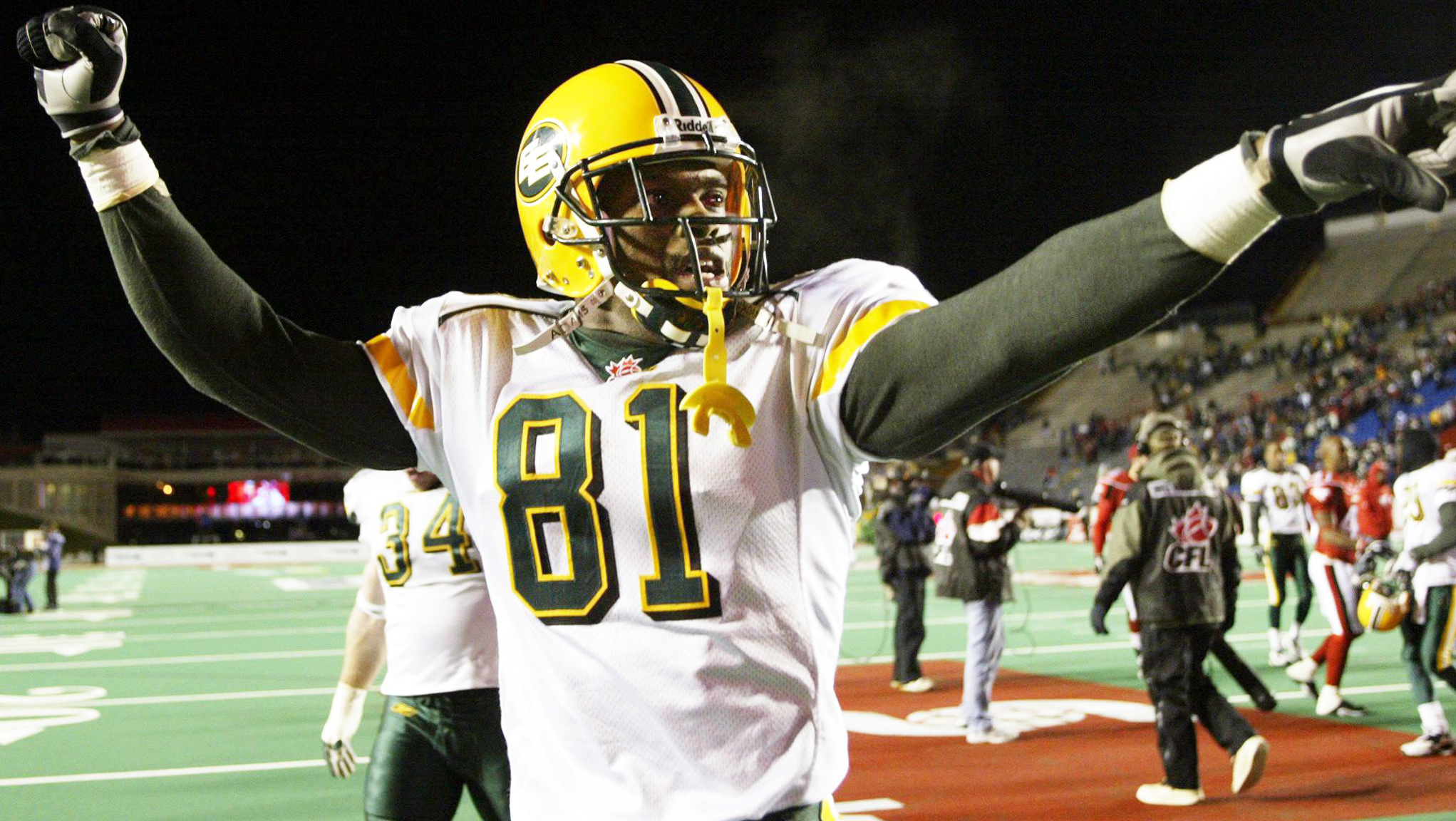 In 2005 Edmonton was destined to take the underdog status all the way to the Grey Cup and they did just that.  Trailing for most of the game, Edmonton relied on both staring QB Ricky Ray and backup Jason Maas to get the job done.

The Green and Gold would ride the QB combo to the championship in Vancouver where they topped the Montreal Alouettes in a thrilling overtime contest. 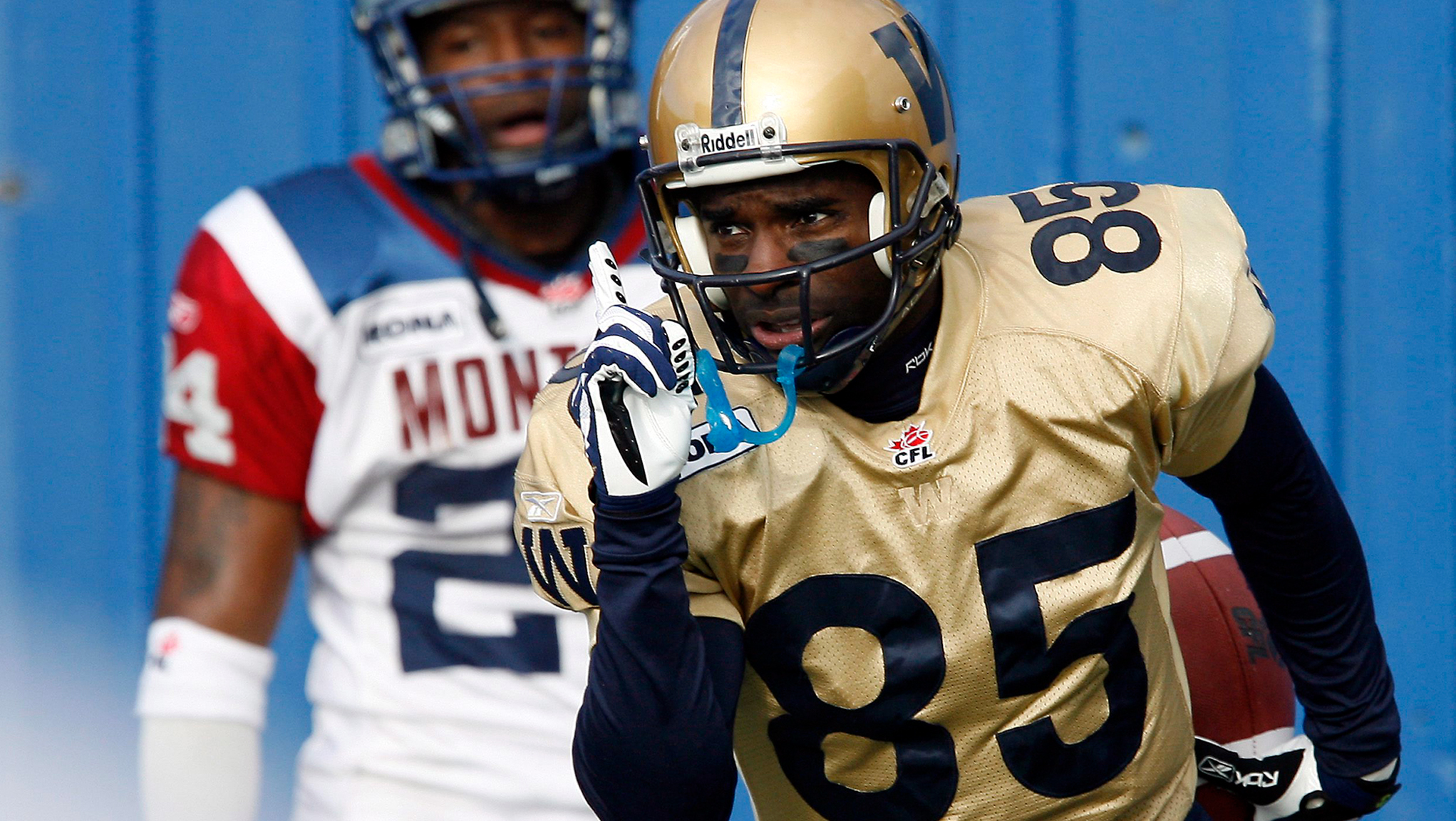 The Winnipeg Blue Bombers had seen much post-season success until the 2007 season when things seemed to fall into place (that is until the final minutes of the Eastern Final). The Bombers hosted a Montreal Alouettes squad in the Eastern Semi that was without star QB Anthony Calvillo and head coach Don Matthews who had resigned earlier in the year.

Kevin Glenn, Milt Stegall and Charles Roberts led a Winnipeg team that came within a few scores of ending what was then the second-largest championship drought in the CFL.

Winnipeg got a turnover on downs with just under two minutes remaining and Roberts romped down the field to set up a 15-yard Troy Westwood field goal with no time left to send the Bombers to the Eastern Final in Toronto.  They would win that game too but lose Glenn to an arm injury and their Grey Cup dreams fell apart a week later.

Ottawa has only played in one Eastern Semi since they returned to the league and unfortunately for REDBLACKS fans, they fell to the Riders. However, they did have control of the game early in the first frame and when Diontae Spencer hauled in a Trevor Harris pass and took it to the house, he and his teammates unleashed a celebration that got attention on both sides of the border. 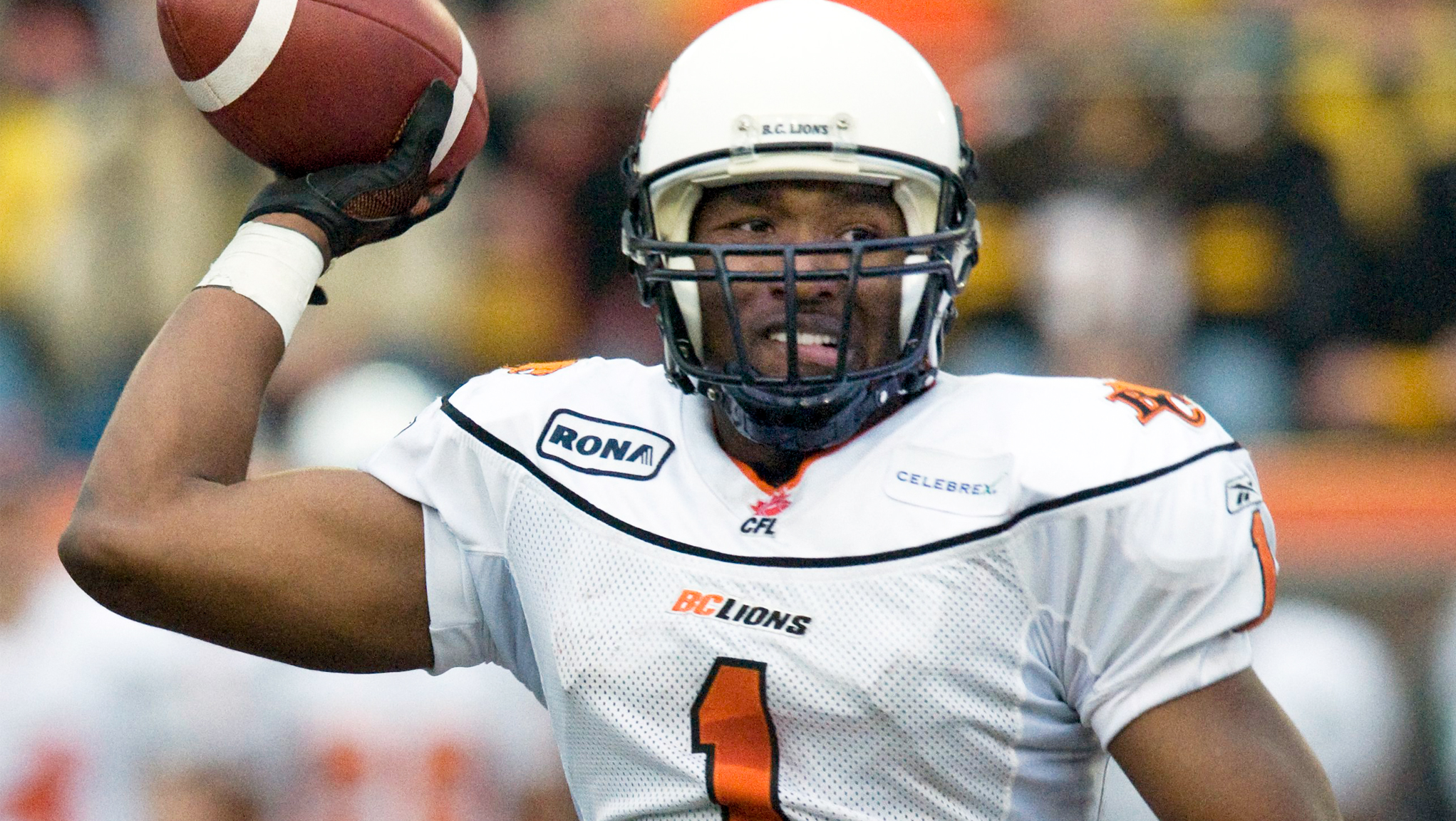 The crossover BC Lions held an eight-point lead over the Ticats with under a minute to go but Hamilton reeled off a tying major and two-point conversion to send the game to overtime.  With a home crowd and momentum on their side, the Ticats looked poised to complete the comeback but QB Casey Printers calmly led the Leos down the field in overtime, putting a touchdown on the board and stealing the game back.

This game will re-air later this week on CFL.ca as a part of the CFL in 40 presented by CDIC broadcasts.

This game was not easy on the nerves.  BC off two clutch majors in the fourth forced overtime and with Saskatchewan taking the final possession of the game, QB Darian Durant found SB Jason Clermont on a slant route and the Canadian pass catcher did the rest. Clermont broke a tackle, turned up field and put the game away with a touchdown, sending the Riders to the Western Final and eventually to the Grey Cup where they would fall to Montreal.