The virtual tailgates will be hosted by CFL on TSN sideline reporter, Matthew Scianitti and will allow fans to engage with CFL All-Stars both nights as well as Canadian musical acts to close out each evening as part of the SiriusXM Grey Cup Unite Concert Series. 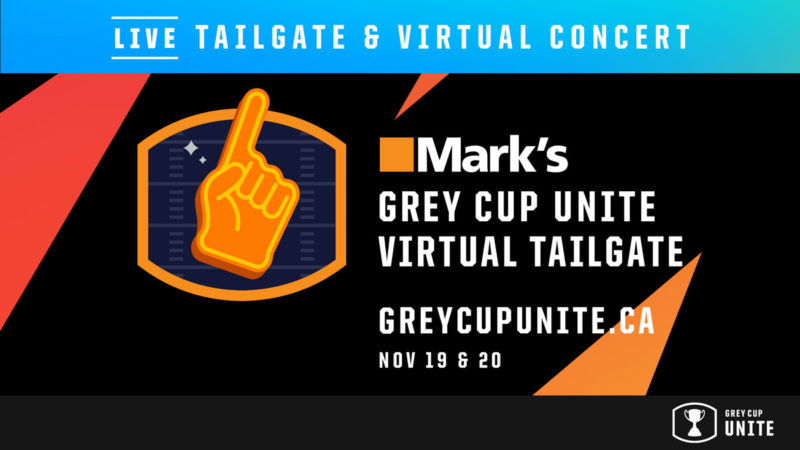 Fans can register for the Mark’s Grey Cup Unite Virtual Tailgates and see the entire schedule for the week by visiting GreyCupUnite.ca. 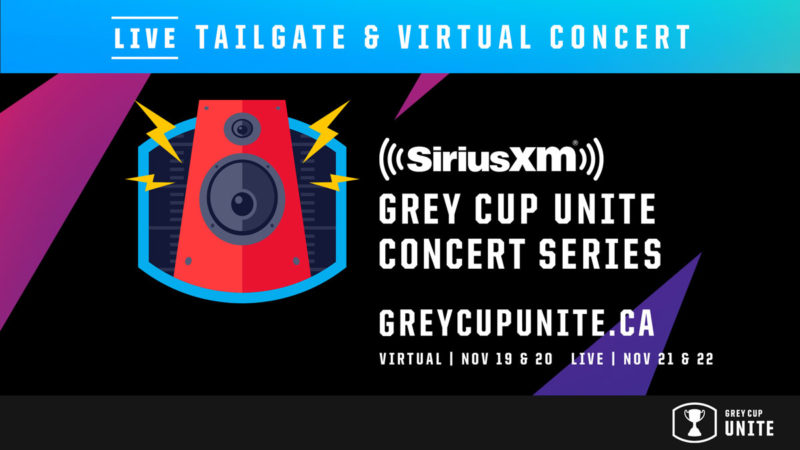 Crown Lands, the album, was recorded in the iconic RCA Studio A in Nashville and produced by six-time Grammy winner Dave Cobb (Rival Sons, Chris Stapleton). On the album, Kevin Comeau (guitar, keys) explains, “We started Crown Lands in 2015 with the view to put out a cohesive body of work. We have finally done that! We started writing this record last year after touring with Primus and Jack White. When we met Dave, we knew he had to be the guy to make this record with us. We loved his organic, live-off-the-floor approach and the desire to capture a real performance. He’s a masterful arranger and we spent a lot of time on the Mellotron arrangements on the record. It captures us as we are -two music nerds obsessed with prog rock of old, but with a desire to bring those sounds into modern song writing.” Upon release, the album was praised by Kerrang! commenting “familiar musical motifs blended into something fresh and distinctive, delivered with a combination of indignation, intelligence and forest-dwelling spirituality. It’s also a hell of a debut.” The album follows the band’s acoustic EP Wayward Flyers Volume 1 and features four brand new songs as well as three previously released tracks; Crown Lands’ major label debut, “Spit it Out”, which Classic Rock observed “jerks along friskily like some kind of adolescent Led Zeppelin, with all the snap, pop and effervescent crackle of The White Stripes.” Their mystical second song, “Howlin’ Back” which American Song writer described “feels both crazed and focused, hair-raising and relentless.” Plus “End Of The Road” which pays a cinematic tribute to the missing and murdered Indigenous women, girls, and Two-Spirits along Yellowhead Highway 16 in B.C., known as the Highway of Tears.  After meeting six years ago and bonding over their shared love of music Bowles and Comeau became “instant best friends” and started jamming together in a local barn, switching up instruments, but never straying from a two-piece set-up.

Crown Lands have released two EPs Mantra (2016) and Rise Over Run (2017). Making music that brings together a range of influences from folk and blues to psychedelic to prog rock, and drawing on their own intense personal chemistry, Crown Lands are a startlingly fresh jolt of energy. The group’s name is indicative of their musical ambitions: “Crown Land” is territorial area belonging to the monarch—or, as Bowles puts it: “Crown Land is stolen land and we are reclaiming it.” Crown Lands are on a mission to represent a sense of empowerment for marginalized communities through their music and the weighty subject matter of their lyrics. “People are going to listen to you, so you may as well say something that matters,” says Comeau.

Ryland James amplified his voice worldwide with the release of his self-titled debut EP, Ryland James. In addition to peaking at #1 on Shazam Canada’s Top 200 Chart, the lead single “In My Head” recently picked up a platinum certification in Canada, while his catalog eclipsed 50 million global streams in a little over a year’s time. In 2019, he performed in arenas across North America supporting multiplatinum star Alessia Cara and bringing crowds of 20,000-plus to their feet on a nightly basis.

After generating tens of millions of streams and receiving widespread acclaim from Billboard, Idolator and more this year, rising star and platinum-selling artist Ryland James revealed his first-ever holiday EP, A Little Christmas, out now.