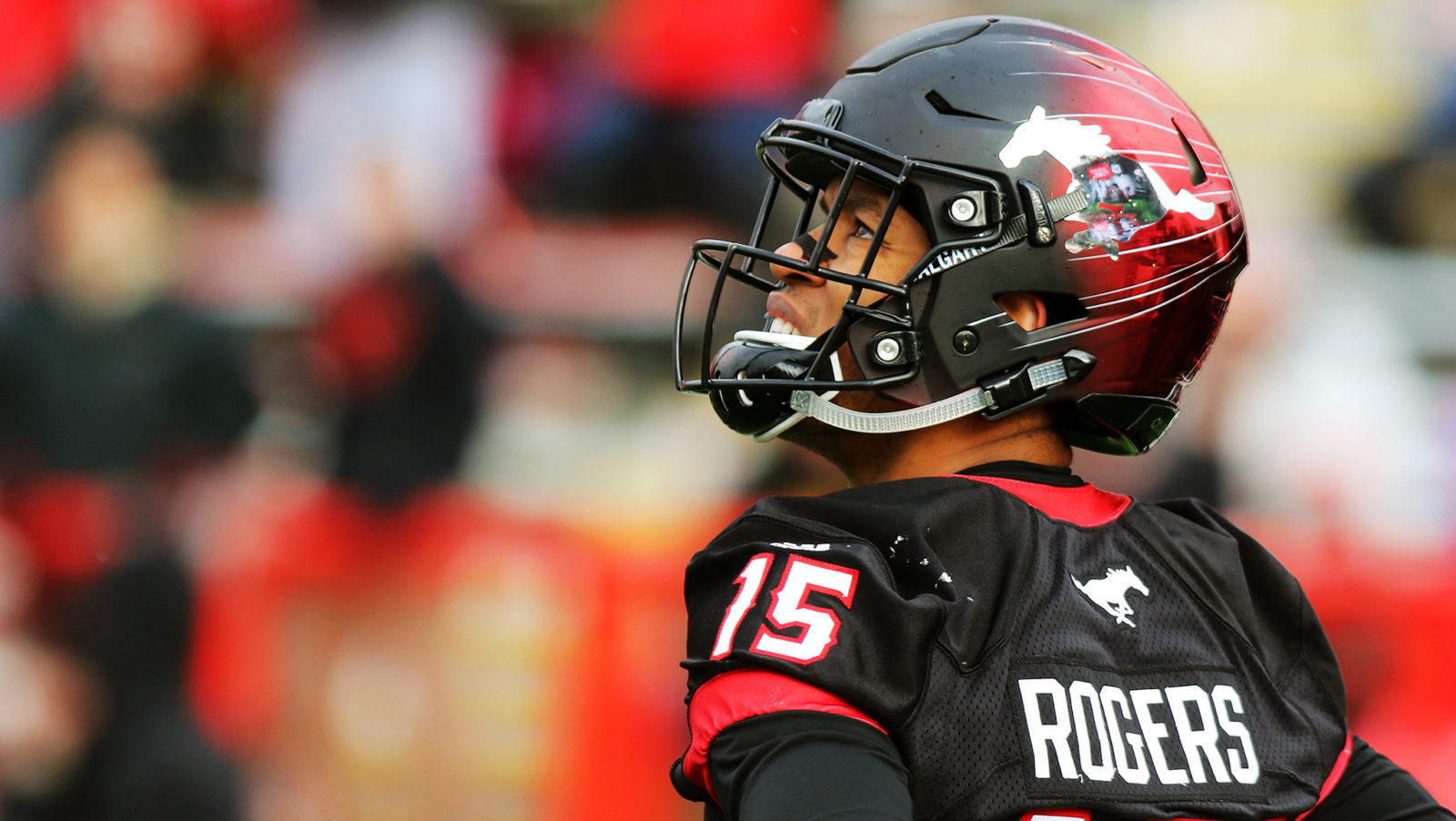 TORONTO — This week would have been the final week of playoffs before the Grey Cup contest at the end of the month with the Division Finals getting underway.

Since we won’t be seeing any live Final action this year, CFL.ca is taking a trip down memory lane instead.

From Eric Rogers’ three-touchdown performance in 2018 to Mike Reilly’s first playoff win in 2015, here is a look back at the last five Western Finals.

This Western Final could have went a completely different way if it wasn’t for the goalpost. On the last play of the game, and the Saskatchewan Roughriders down by seven, Cody Fajardo looked for Kyran Moore in the end zone but his pass bounced off the upright, ending the contest. That meant that the Winnipeg Blue Bombers won 20-13 and booked their trip to the Grey Cup.

It seemed good things come in threes for the Calgary Stampeders.

Eric Rogers scored his third touchdown of the game late in the fourth quarter, leading the horses to a 22-14 victory over the Winnipeg Blue Bombers in this Division Final at McMahon Stadium. The win meant that Calgary would play in their third-straight Grey Cup, and their fourth in five years.

The Calgary Stampeders erased an early two-touchdown deficit, defeating the Edmonton Football Team 32-28 to punch their ticket to the 105th Grey Cup presented by Shaw in this Western Final.

The Eskimos roared out to a 14-0 lead after scoring on their opening two possessions — including a 69-yard touchdown by Derel Walker — but the Stamps rallied back in a big way, going on a 30-1 run with touchdowns from Marquay McDaniel, Marken Michel, Roy Finch and Jerome Messam to take a two-score lead. Mike Reilly would score on a quarterback sneak with seven minutes left in the fourth made it a one-score game, but that was the closest Edmonton would get.

A merely unstoppable Stampeders squad earned their second Grey Cup berth in three years with a 42-15 win over the BC Lions Sunday afternoon in this Western Final.

Calgary quarterback Bo Levi Mitchell was sharp from kickoff, completing 21 of 28 passes for 365 yards and three touchdowns in the win. Meanwhile, DaVaris Daniels and Marquay McDaniel both had over 100 yards receiving on the day.

Mike Reilly threw three touchdown passes and rushed for two more in this 45-31 win over Calgary, earning his first career playoff win and putting Edmonton in the championship game at the end of the month.

A trio of Edmonton Football Team receivers were in the spotlight as Adarius Bowman, Derel Walker and Kenny Stafford each had a touchdown catch and combined for 275 yards.