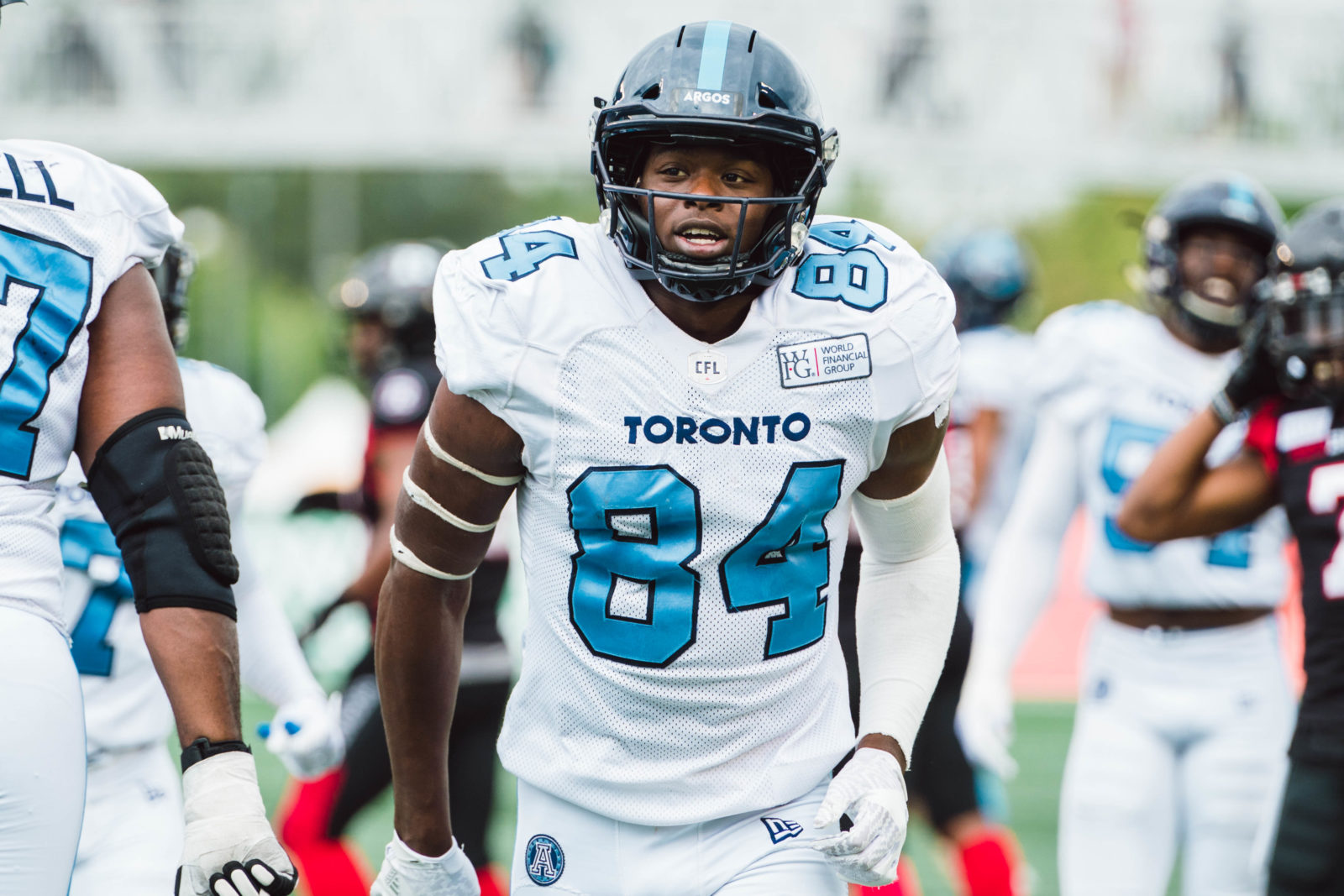 TORONTO — The Toronto Argonauts are the first to scratch a pair of veterans off their pending free agent list, signing versatile Canadian receiver Llevi Noel and American offensive lineman Isiah Cage to new contracts on Friday.

Noel, 29, has spent all four of his CFL seasons in his hometown of Toronto (2016-2019) and is back for more. 2019 saw the 6’0, 210-pound receiver haul in 28 passes for 259 yards and one touchdown while finishing second on the team with 21 special teams tackles. For his career, the former University of Toronto Varsity Blue has caught 79 passes for 829 yards and four touchdowns in 70 games and chipped in with 78 special teams tackles, including finishing second in the league with 27 in 2017.a

Cage will enter his third year with the Argos after signing in 2018 and started the final four games of the season that year at left tackle. The 6’4, 313-pound lineman from the University of Wisconsin-Eau Claire started seven games in 2019 before an injury sidelined him for the remainder of the season.