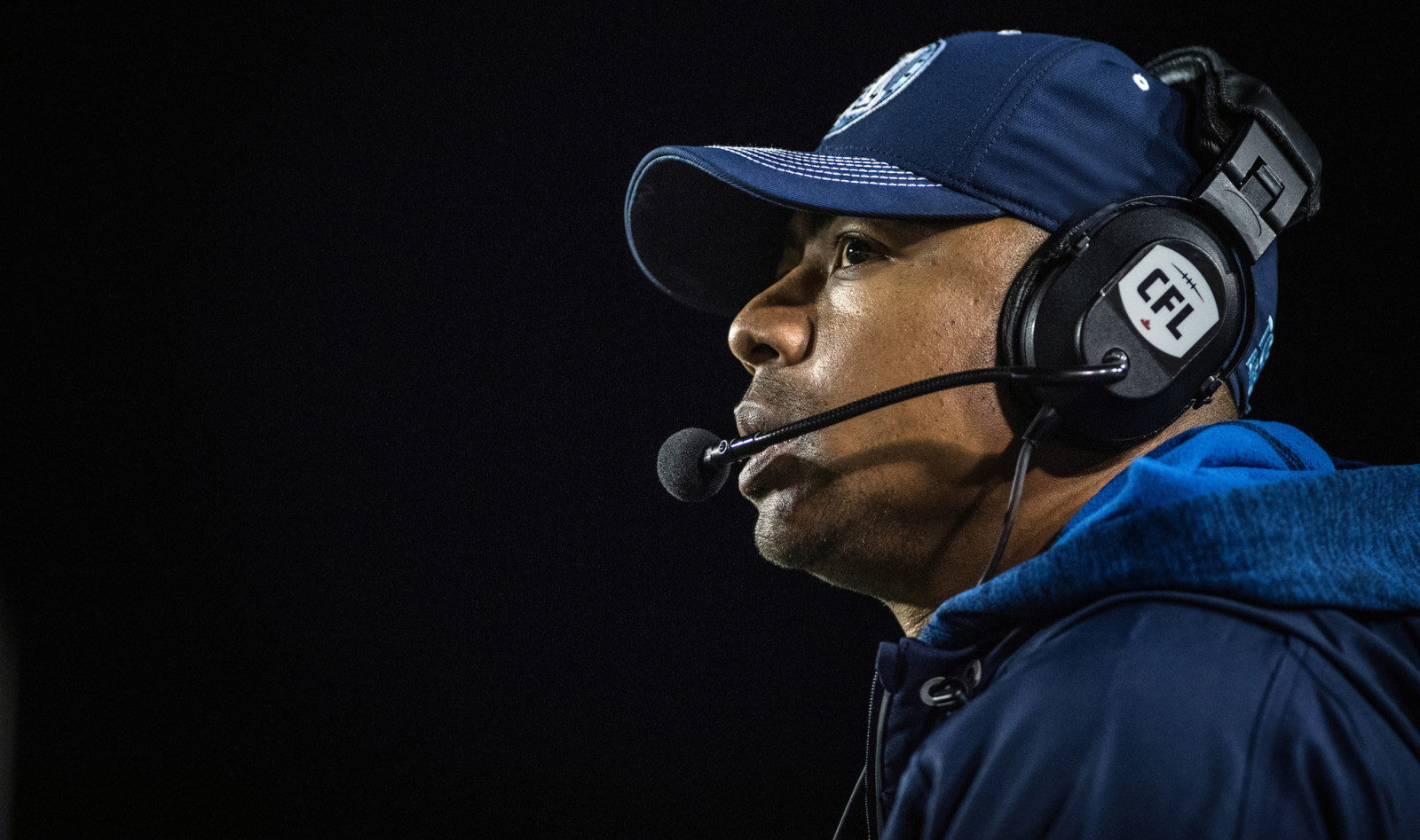 TORONTO — Marcus Brady is getting used to his new position, but the goal for the last number of years has been the same; do everything possible to put his players in the best position to win football games.

Brady is the new offensive coordinator for the Indianapolis Colts, a position that he’s been working towards for over a decade.

“Right now, we really just got our staff done. So we’re going to have a lot of new minds amongst the staff,” Brady told Donnovan Bennett on the latest episode of The Waggle presented by Sport Clips. “One thing that we do well here is we have a lot of great coaches, so we collaborate and see what everyone can bring to the table.

“We already have a great system and we’re going to look and see how we can make adjustments and make improvements from what we already have and we’ll add some other little wrinkles here and there. But we’re just going to have to wait and see. That’ll be the process for the next month or two.”

The San Deigo, California native has been a familiar face to CFL fans for a long time, first coming to the league back in 2002 with the Toronto Argonauts as an undrafted free agent.

After two years in Toronto, he played another five years, split between the Hamilton Tiger-Cats and Montreal Alouettes.

EPISODE OVERVIEW: Donnovan connects with former CFL quarterback and coach Marcus Brady, who transitioned from the Argos coaching staff to the NFL in 2018 and was promoted to offensive coordinator of the Indianapolis Colts last month.

On top of slinging the ball over nearly a decade, Brady even served as a punter at one point, filling in for the injured Damon Duvall with the Als. He announced his retirement in 2009 and immediately joined the coaching ranks, becoming a receivers coach with Montreal ahead of the 2009 season.

In his first two years on the Als’ staff, Brady helped them take home back-to-back Grey Cups in 2009 and 2010, respectively. It didn’t take him long to move up the coaching ranks, taking over as Montreal’s offensive coordinator in 2012.

He moved back to Toronto in 2013 and stayed with the Double Blue for five years as their offensive coordinator, winning another championship in 2017.

Heading into 2021, Brady will be the new offensive coordinator of the Colts, and it’s not a stretch to believe that the 41-year-old will be a head coach in the near future.

He’s more than prepared for the task ahead after spending over half a decade as an OC north of the border. Brady did say that it was a bit of a transition to go back to schemes and packages with 11 men on the field, but he’s going to be able to implement the run-pass option and different style that the CFL offers within this Colts offence.

“In my earlier days, the CFL was similar to — in terms of the schemes — college football,” Brady said. “You saw those RPOs and quarterbacks would run the ball. The NFL has sort of taken that, watching the college game and bringing in college coaches, and so you’re going to see it.

“As a CFL fan and a CFL coach, you’re going to see the similarities of the CFL game implemented into the NFL game.”

Along with his ability to call a game from the sidelines, Brady is also one of three African-American offensive coordinators in the NFL currently.

“I do have a responsibility to myself and the community to go out there and obviously do my best but also have success,” Brady said. “It has been limited numbers for minorities to get these kinds of positions, so I’m definitely blessed to have accomplished that.

“But you want to continue to see that number grow. So hopefully we continue that success in Indianapolis and others get that opportunity.”

Brady has been able to put roots down in Indianapolis over the last four years, adding that while his wife, Sherrie, had to uproot her job in Atlanta, the Colts job offered the chance for his family to be together year-round for the first time in a long time — he would have to travel back and forth to Canada in order to coach every year in the CFL. 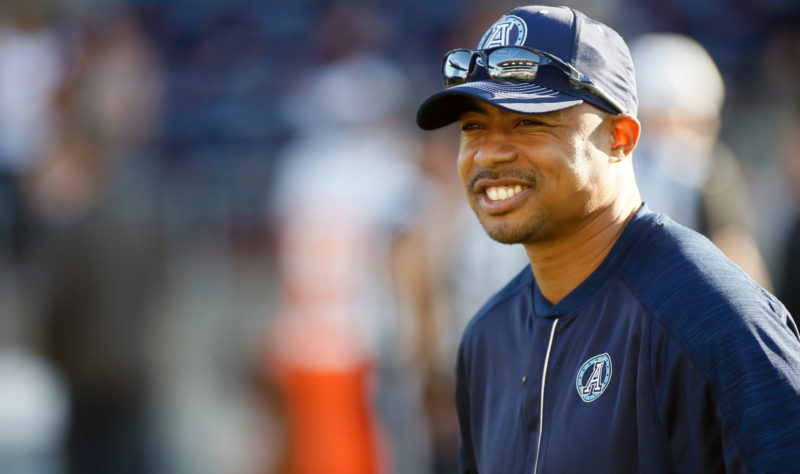 Former Toronto and Montreal coach Marcus Brady was promoted to offensive coordinator for the Indianapolis Colts on Jan. 25. (Argonauts.ca)

He will now play a bigger role than ever in the success of the Colts during the 2021 campaign. He’ll also likely have a bigger say on personnel, free agency and the draft, which will all take place over the coming months.

Despite carving out a prominent role for himself in the NFL, Brady always looks back on his time in the CFL fondly, as it gave him the ability to get his footing in the coaching world.

“It meant a lot. I developed a lot of great relationships with the players, coaches, and fans,” Brady said. “I obviously enjoyed my time in Toronto, Hamilton, and Montreal all of those years and I’m glad to have their support. I spent a lot of time up there so I’m thankful for that and thankful for them.”