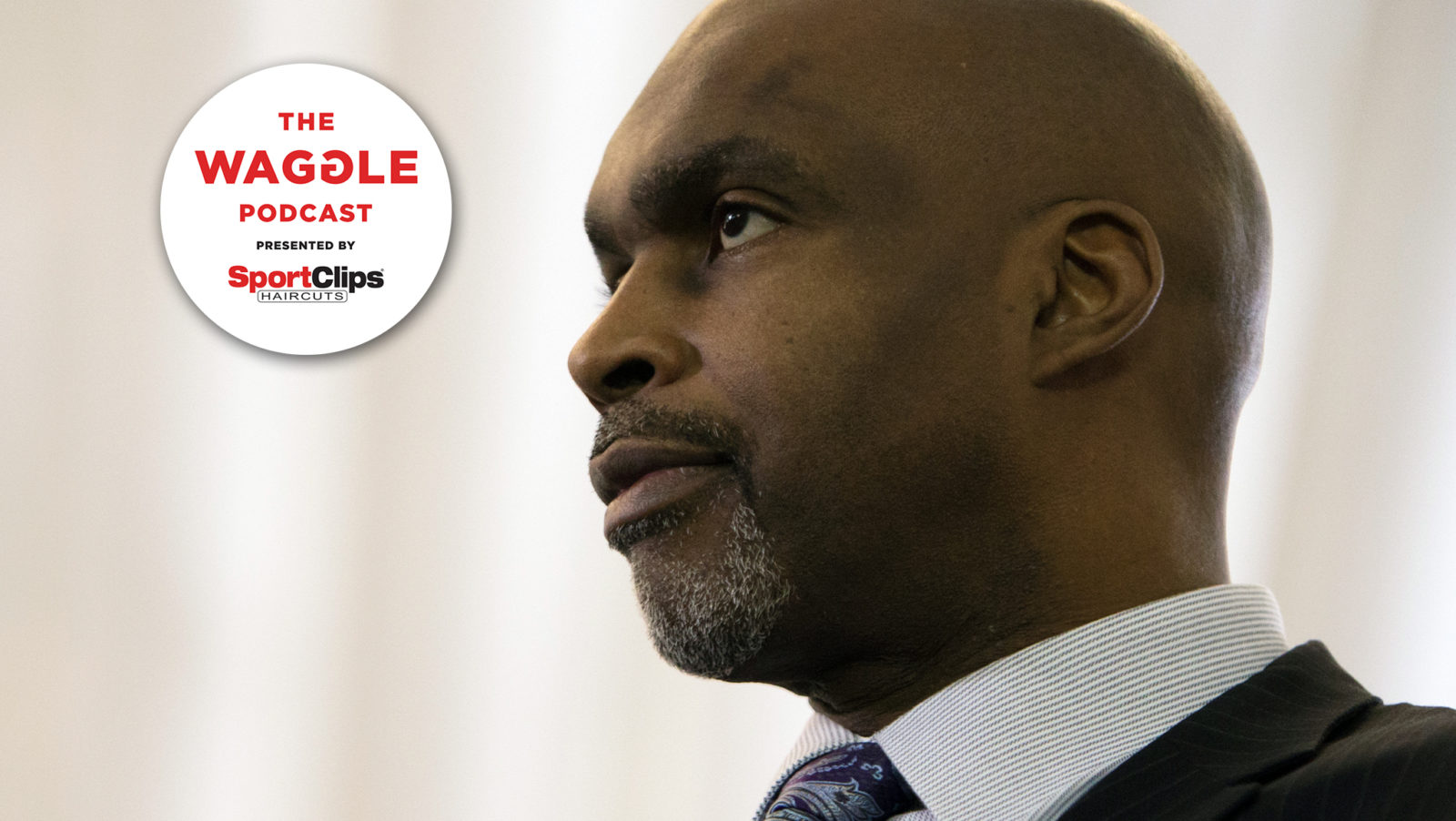 TORONTO — We may often think about the impact a mentor has on us, but we probably don’t take the time or often get the chance to acknowledge them for it.

On this week’s episode of The Waggle, host Donnovan Bennett does just that with his guest, TSN’s Duane Forde.

When Forde was working at The Score, he put in a word for a fellow football playing Western alum, which helped Bennett land an internship with the sports network that had eluded him the previous two years that he’d applied for it.

“The career I have now doesn’t happen without you advocating for me and sponsoring me,” Bennett told Forde. “I’m a small leaf on your broadcasting tree.”

The pair touched on that and shared some early impressions from free agency (Forde, like many of us, noticed the extensive work done by the Argos), before getting into the heart of their conversation: A discussion on the experience of Black broadcasters in football and in media as a whole.

EPISODE OVERVIEW: In the first of a two-part series, Donnovan is joined by his mentor and broadcasting colleague Duane Forde, a mainstay of the CFL on TSN broadcast team since 2008, for a discussion about the experience of Black broadcasters in football and the media industry as a whole. Donnovan continues the conversation next week with two more special guests.

EPISODE RUNDOWN: Welcome to the Waggle presented by Sport Clips; Duane Forde and his quick thoughts on off-season activity (2:38); Duane’s influence on Donnovan’s early career (10:30); Duane tells how a meeting with Elliot Friedman led to his start in broadcasting (12:47); Diversity and representation in sports broadcasting (16:23); Where is there room to improve? (24:42).

When Forde was near the end of his 12-year playing career, he and some friends went to Montreal for the 2001 Grey Cup, after his Ticats had been eliminated from the playoffs. There, he ran into another Western alumni, Elliotte Friedman, who was working at The Score.

“It speaks to what my feelings are about one aspect of the nature of the industry: I find it to be something of a pay it forward world,” Forde said.

Friedman told Forde they could use a CFL analyst and to reach out to him if he’d retired or missed the playoffs in 2002. The silver lining of the Ticats missing the playoffs that year was that Forde took the first steps into his post-playing journey.

“I had someone with whom I shared some history that provided me an opportunity to get into the business,” he said. “That opportunity grew and put me in a position to do the same for others. I’ve been more than happy to do that.”

When his playing days were done, Forde worked as a suite producer at The Score, voicing highlight packs from all sports. His original post-playing plans of being a high school teacher were eventually put on hold.

“I want changes to be made because people understand that there is an issue and what that issue is. That’s going to take time and patience and education for everyone on all sides of this.”

“It was an interesting time for me,” he said.

“I coach high school football, coach a couple of minor hockey teams. I always say I was a better basketball player than a football player in high school. The suite reporter thing was kind of fun for me. It was sports. For a lot of people it would be a dream job to describe it. You’re sitting there with TVs around you watching multiple games, potentially in multiple different sports at the same time and picking out the highlights that you want to put in your pack once the game is over.

“For me it was just a great fit, a fun job and the camaraderie that existed at that station between people no matter what their jobs were made it a terrific place to work at that time.”

While he played through the 1990s and into the early 2000s, Forde said he saw diversity in the faces that covered the game. While there have been more strides made on that front in recent years, what he’d like to see is growth in terms of leadership roles, not just in broadcast but all industries.

“I think it’s very easy to look, just going back to the broadcasting industry as an example and say suddenly there are more visible minorities appearing on camera, whether it’s sports, TV shows or commercials. That for me is quite honestly kind of window dressing, that’s perception,” Forde said.

“To people watching from the outside that creates a belief that yeah, things are better. But until equality exists in terms of leadership positions in broadcast, in football, in literally any industry we will not have accomplished in reality what we’re trying to accomplish.”

Forde compared it to seeing a house that from the outside can look nice, but can have foundational issues inside that no one can see.

“If you don’t fix the foundation you will eventually repeat the exact same problems,” he said.

“I want changes to be made because people understand that there is an issue and what that issue is. That’s going to take time and patience and education for everyone on all sides of this.”