Can the Ticats sustain their big play ways? Success might depend on it 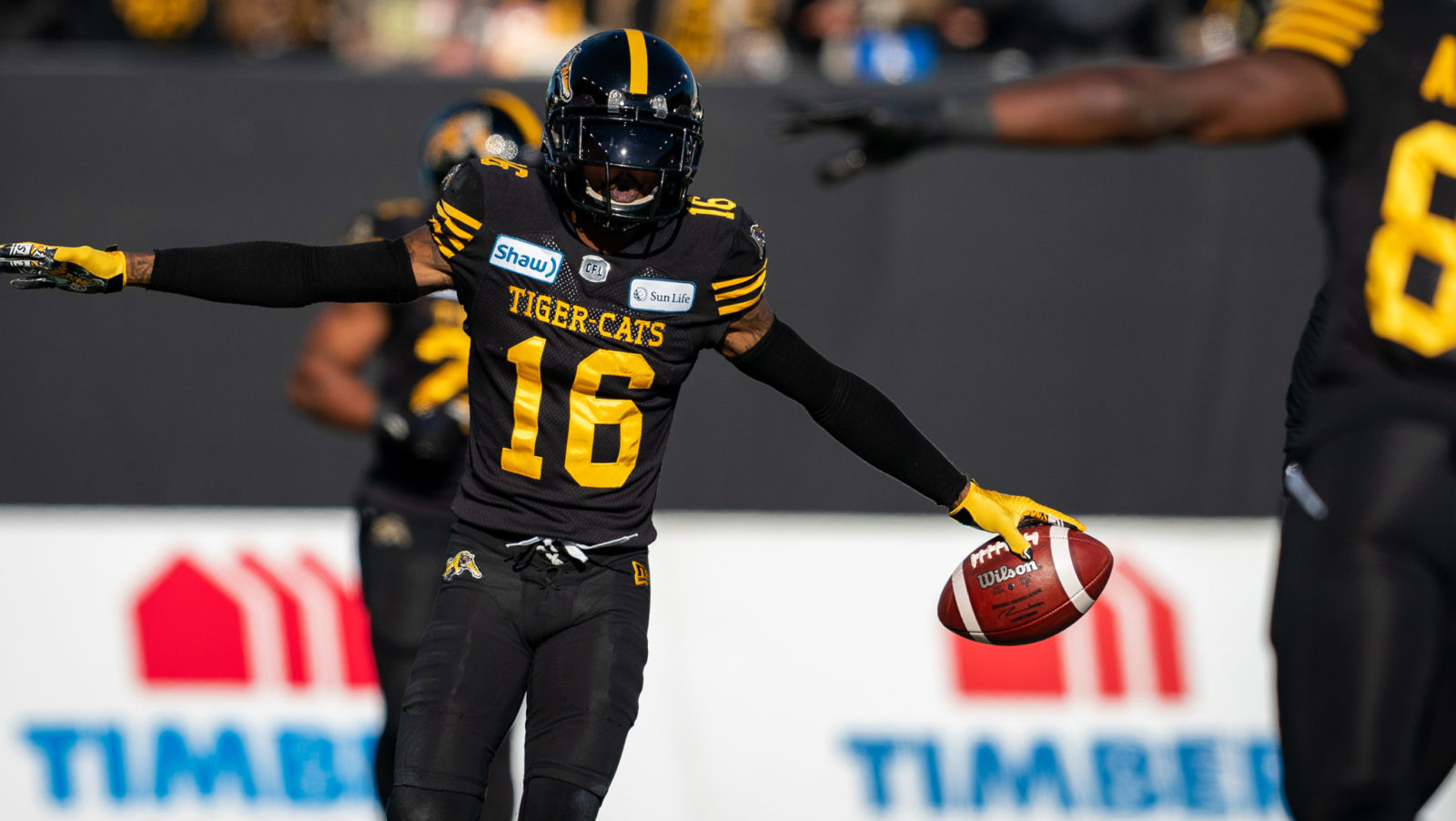 Can the Ticats sustain their big play ways? Success might depend on it

HAMILTON — The word ‘juggernaut’ is used often these days, but the Hamilton Tiger-Cats earned such a distinction in 2019 despite falling short of a Grey Cup.

‘A huge, powerful, and overwhelming force or institution’? A fair definition of the Ticats’ offence last season, which ranked at or near the top of the CFL in almost every major statistical category, including points, second down conversions, net yards, and first downs.

No matter who was leading the huddle, the Ticats were fun, productive, and explosive in 2019, and it was the latter that made them the most dangerous, leading them to a 15-3 season and a trip to the 107th Grey Cup.

In 2019, teams that created more explosive plays than their opponent won 70 per cent of the time. Clubs that ranked in the top three league wide in the category had a combined .667 winning percentage.

Leading the CFL with 61 such occurrences, the Ticats were easily the best at generating game-changing plays and among the best at preventing them.

En route to their best regular season in franchise history, the Black and Gold had an outright edge in explosive plays 11 times in 2019. In the Grey Cup, however, Winnipeg was able to counter Hamilton’s big play ways, creating six explosive plays of their own compared to just two for Hamilton, a minus-four differential.

There were several reasons the Bombers cruised to a 33-12 victory, but swinging explosive, game-changing plays in their favour was clearly important to Head Coach Mike O’Shea going in, whose Bombers achieved that in all three phases of the game.

No team plans to allow big plays, but surely the Bombers knew what was at stake, especially after their final regular season meeting on Sept. 27 when Hamilton had four explosive plays in a 33-13 win. It’s also worth noting that in three regular season losses, Hamilton was held to a combined five explosive plays (1.7 per game), while the Ticats’ opponents had 12 (4.0 per game).

On that late November night in Calgary, the Bombers allowed a 33-yard completion to Jaelon Acklin and a 22-yard rush to Tyrell Sutton, and not much else. The Ticats’ most dangerous and explosive player, Brandon Banks, did not register a single ‘big play’ before leaving with an apparent leg injury in the third quarter.

The Bombers’ success in the 107th Grey Cup is a blueprint that Ticats’ opponents should try to follow in 2021.

Of course, as obvious as it sounds to try and ‘shut down’ Brandon Banks, such an accomplishment has been rare over the past several years. The Ticats did many things well in 2019, but it’s hard to dispute that Banks was the driving force of a 15-3 season considering his impact on offence and special teams.

Banks doesn’t deserve all the credit for the Ticats’ explosive nature. Other players around the CFL had even more big plays on offence, like Saskatchewan’s Shaq Evans (15) or BC’s Bryan Burnham (14), but their teams weren’t as explosive. Of the Ticats’ 61 explosive plays last season, 17 different players recorded at least one, while six players had three or more, including dynamic return man Frankie Williams with 12, all via special teams.

Still, the duo of Banks and Bralon Addison made up 18 of the team’s CFL leading 31 explosive plays through the air, including 10 catches of 30-plus yards for Banks. When everyone’s watching Jeremiah Masoli and Dane Evans battle for the starting quarterback job, one could easily argue it is Banks who holds the key to the Ticats’ success in 2021.

Considering the 33-year-old has celebrated his birthday twice since last playing a CFL game — and knowing dynamic playmakers on the wrong side of 30 have a history of declining quickly — it’s fair to question whether Banks will be just as productive in a post-pandemic world.

That’s not the only thing uncertain. Up front, reigning Most Outstanding Offensive Lineman Chris Van Zeyl turns 38 in September, while veteran tackle Ryker Mathews (BC) has since departed as a free agent.

Along with Banks and Addison, free agent signing DeVier Posey will likely do some of the heavy lifting in the Ticats’ passing game, while Darius Ciraco and Jesse Gibbon look to become cornerstones on the offensive line.

After a 15-win season, the book is out on the Ticats. It’s no secret their calling card is a unique ability to generate game-changing plays on a moment’s notice.

Can the Ticats continue their big play ways in 2021? If so, a Grey Cup on home turf might just become a reality.