Rene Paredes set to be a stabilizing presence in 2021

Rene Paredes set to be a stabilizing presence in 2021 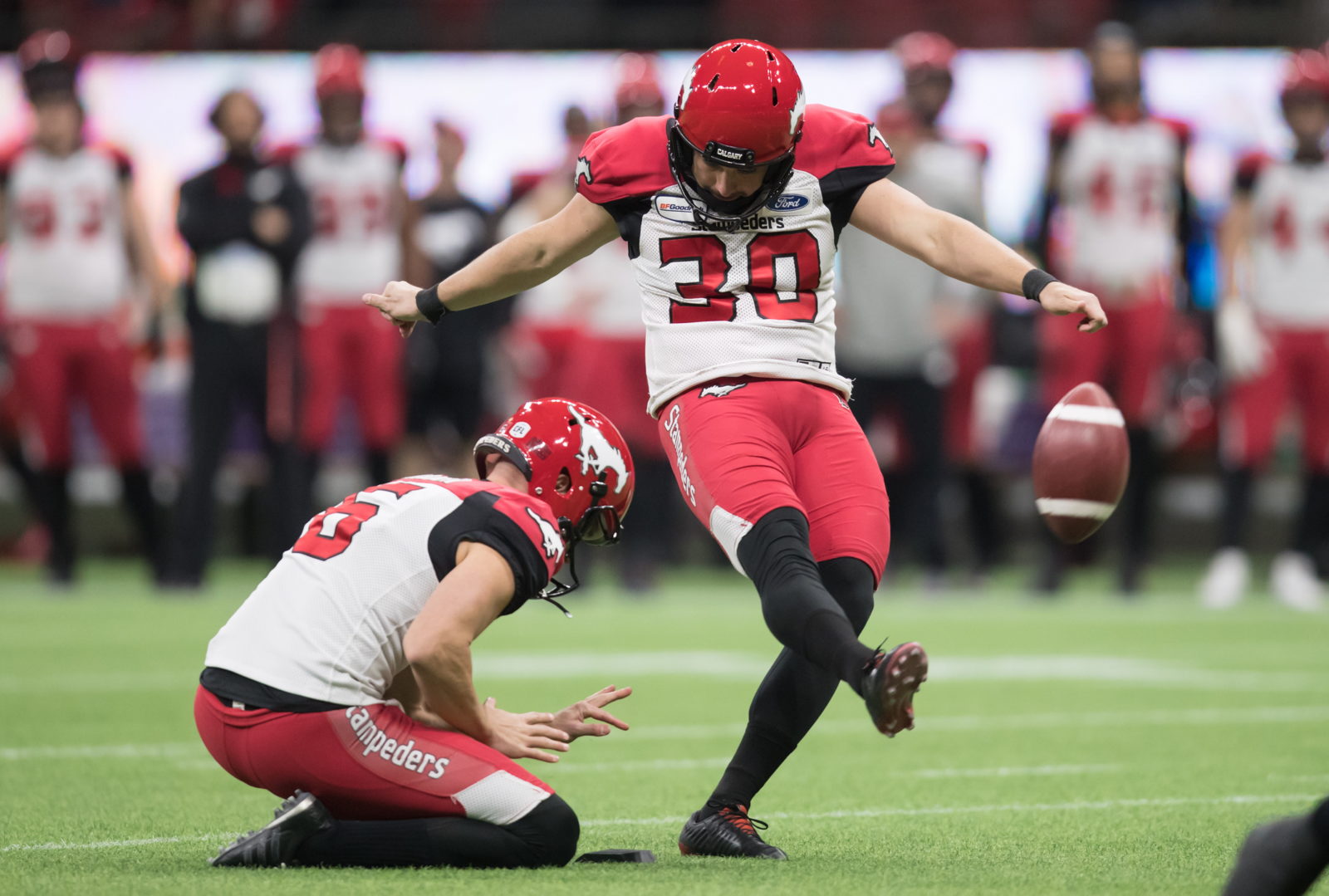 CALGARY — By the time the 2021 season kicks off, it will have been more than a decade since Rene Paredes inconspicuously joined the Calgary Stampeders. Now the longest tenured member on the team, Paredes enters this season as one of the few constants in a time of transition. He predates star quarterback Bo Levi Mitchell and defensive captain Jamar Wall. And, at 36, Paredes has never been more important.

The Stamps possess loads of potential and a proven track record replacing departed veterans, of which there are plenty this season. Where they’re a little thin compared to recent years is in the experience department. Heck, with the retirement of punter Rob Maver, even Calgary’s special teams unit enters 2021 with all kinds of question. Except at kicker.

Let’s not forget: We’re talking about one of the most accurate and consistent kickers in pro football history. Paredes begins this season with a career field goal conversion rate of 86.8 per cent, second only to Ottawa’s Lewis Ward on the CFL’s all-time list. Paredes also owns four of the seven most accurate single seasons in league history, with the most recent coming in 2018.

The resume is important. But equally crucial is the air of quiet confidence Paredes brings to one of the most specialized and important positions in professional sports. In a season where they may very well deal with a learning curve early on, the Stamps will need the automatic, almost robotic, approach Paredes brings to kicking field goals.

In other words, Calgary needs Paredes to be the same guy he’s been since first donning red and white 10 years ago.

The start to the 2011 season seemed normal enough for the Stampeders. Still only a few seasons removed from a Grey Cup title, the expectations were sky high, as per usual. The aforementioned Maver, a 2010 first round pick, was entering his second year as Calgary’s starting placekicker. And then disaster struck.

Maver went down with a season-ending injury in a Week 1 loss to Toronto, which left the Stamps scrambling. John Hufnagel, head coach at the time, and special teams coordinator Mark Kilam had less than a week to hastily slap together a group of candidates to fill a huge void.

“I remember the day I met Rene, because I got a call that morning at 6 a.m. from Kilam,” recounted former long snapper Randy Chevrier. “He’s like ‘Maver’s out, we have to workout five kickers today, can you show up the stadium at noon?’

You can’t really blame Chevrier for being unfamiliar with Paredes. He attended training camp in Winnipeg in both 2010 and 2011 but was unable to catch on. When Calgary came calling for a tryout, Paredes was just a free agent just looking for an opportunity.

“I actually think he missed one (field goal) and everyone was hitting pretty well,” Chevrier said when looking back at that July 2011 tryout. “But he was just so cool and I think that told a good story about him. Here he was, this unknown commodity from Concordia University and there were some guys that had some pedigree there. Kudos to Kilam and his eye for finding Rene very early on.”

Paredes made his CFL debut a few days later and immediately rewarded Kilam. He kicked a pair of field goals, including one from 50 yards, to help the Stampeders to a 34-32 win over the BC Lions. The rest of the season went well enough, as Paredes finished 2011 making 35 of his 45 attempts, good for 77.8 per cent. I don’t think anyone anticipated what was coming next, though.

Paredes came back the following training camp as Calgary’s starting kicker, while the returning Maver took over punting duties. The next two seasons saw Paredes miss just six field goal attempts on 100 attempts, which included setting a since-broken new league record at 94.7 per cent in 2013. A guy who was once quiet and unknown had officially arrived.

“A lot of times you just assume when a guy is so darn quiet, you just think maybe he’s so nervous,” Chevrier admitted. “I worked with a lot of kickers in my day…these guys weren’t all super quiet guys. They had an air of confidence about them.

“Not that Rene didn’t have confidence, it’s just that I mistook his quiet demeanor for nervousness. But he’s been the same way since I’ve known him. He’s just a really quiet but calm, confident dude. What I thought to be nerves was just him being ice cold. Just like a machine.” 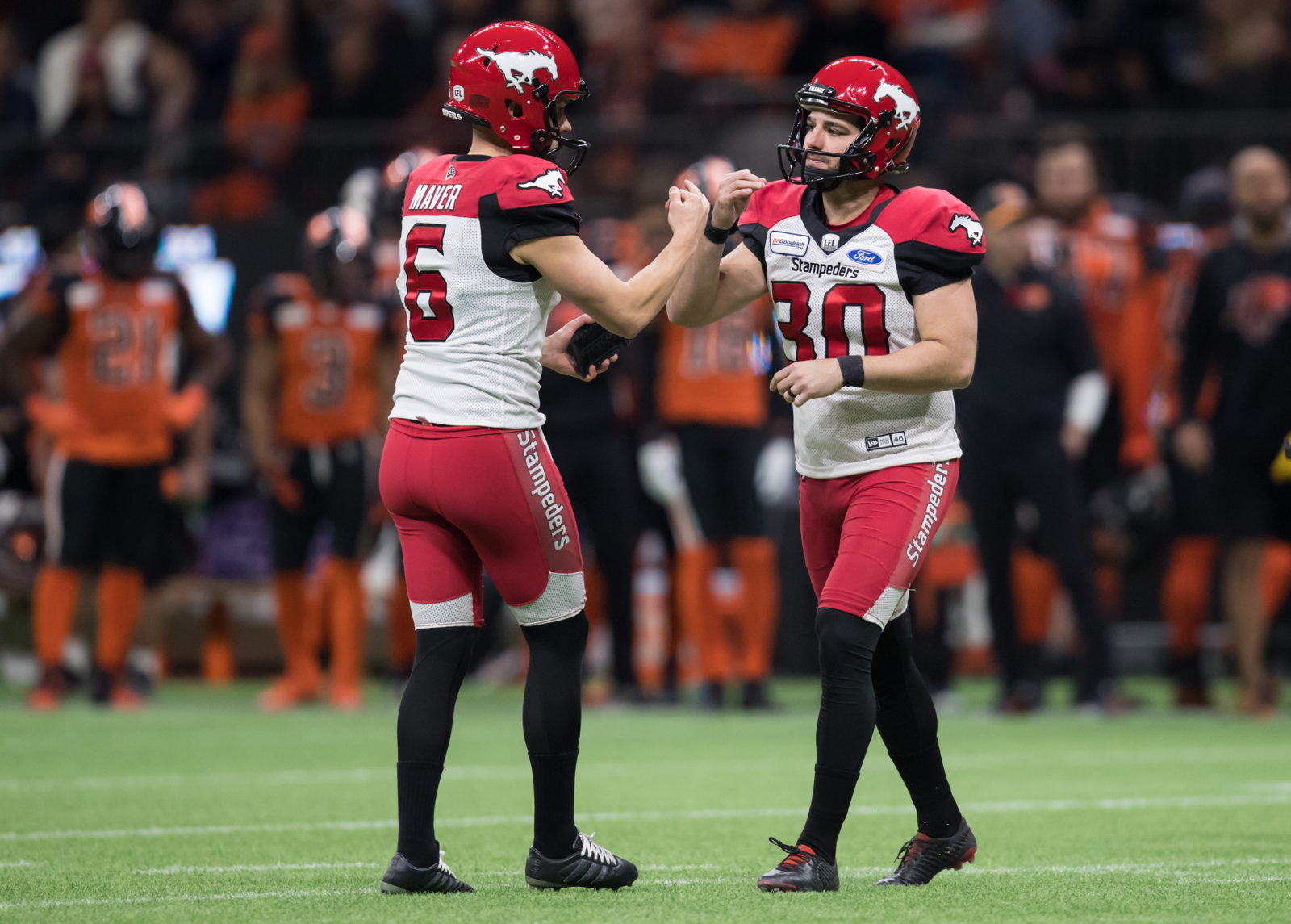 Since his rookie season, Paredes has gone under 82 per cent in a season just once. As a result, he has become an integral part of Calgary’s offensive game plan. A consistent, automatic kicker like Paredes changes a team’s play-calling approach and allows them to be conservative when other teams probably wouldn’t be.

Why would Mitchell push it on a second-and-long around midfield in the second quarter when his team has full confidence Paredes will nail it from 49 yards? So often we’ve seen Calgary opt for three points while putting their defence in a spot to succeed in the field position battle.

Paredes has been a key cog in what has been one of the CFL’s most efficient and methodical offences for so long. First with Hufnagel and now under Dave Dickenson, the Stamps have employed a consistent mindset that almost certainly wouldn’t be possible without Paredes in the fold.

“It starts with the philosophy of the coaching staff,” Chevrier agreed. “The No. 1 thing that wins you or loses you games is the penalty battle, the turnover battle, and special teams. Once it’s hammered in that those are the most important things to take care of in a game, once everyone buys into that, they start realizing just how important it is to have a guy like Rene.

“Whenever it comes to his foot, he does his job, so it’s easy to buy in. Because if he starts missing kicks left, right, and centre…all it takes is one guy to say ‘We have to win it guys, because he can’t hit the side of a barn.’ Those are things that go through a locker room’s head when certain aspects aren’t working.

“But the reverse is true. When a guy is so automatic, everyone is like, ‘Man, it doesn’t matter what we do, as long as we keep the ball…Rene is going to smash.’ That’s huge.”

Calgary has undergone significant roster turnover since we last saw them in 2019. They’ll be younger and more inexperienced this season than they have been in a long time. But if there’s one thing they can, and will, count on starting in early August it’s that, well…Rene is going to smash.