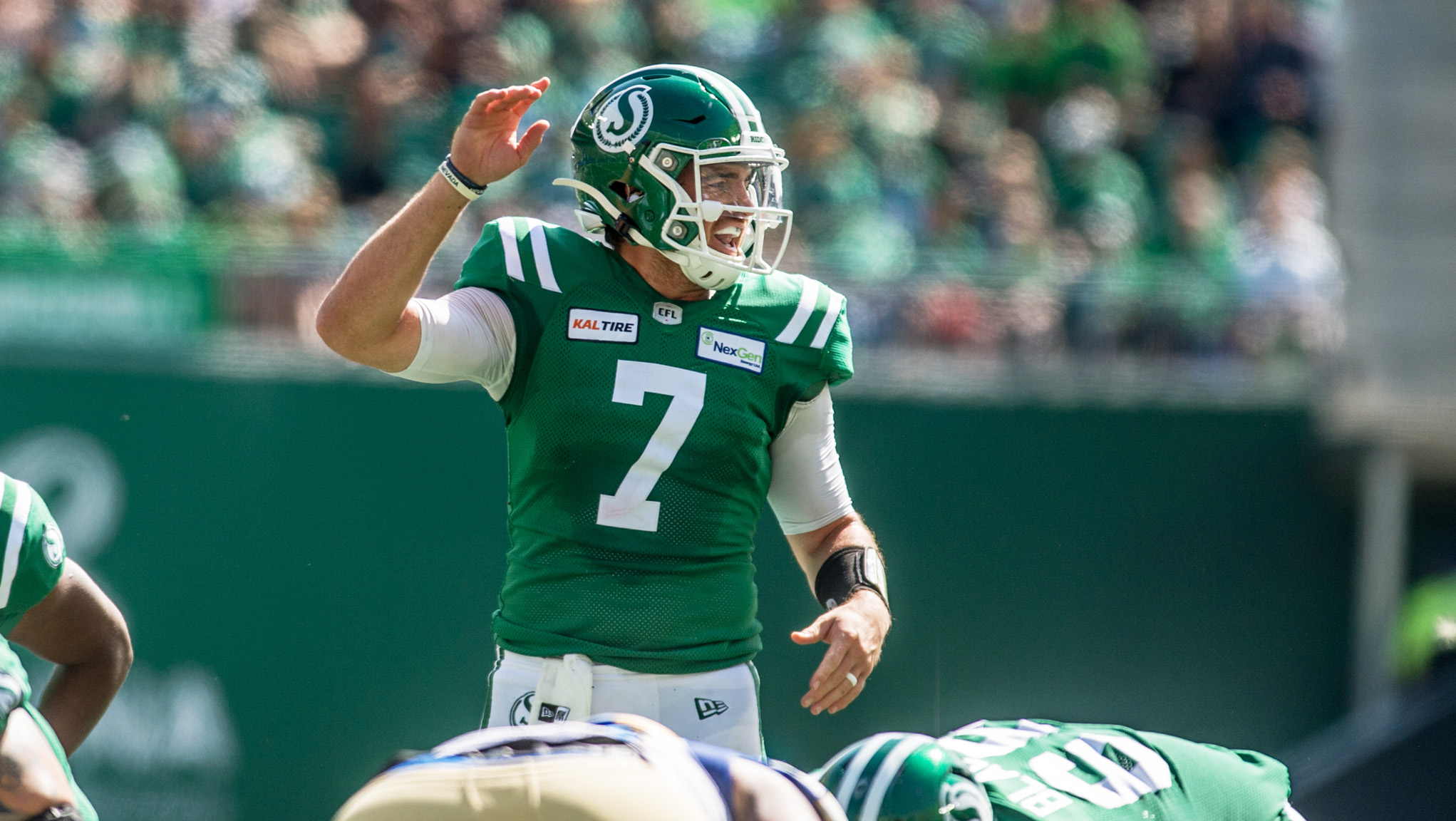 It has been a long time coming, but I can’t tell you how awesome it is to type these words: welcome to training camp 2021. Camps start across the league this week, so it’s time to ask one question of all nine teams with the season set to start in exactly one month. Let’s start with the West Division.

BC Lions: Can Michael Reilly return to elite form after missing an entire season?

Most of Reilly’s first season back with the Lions in 2019 was disappointing. Along with the rest of the team, he got off to a slow start and there were some growing pains working in a brand new offence. To make matters worse, Reilly had a season limited by injury for the first time since 2015 when wrist surgery shut him down in Week 18. All things considered, it was a pretty forgettable return to Reilly’s old stomping grounds.

RELATED
» Ready for Kickoff: Previewing the 2021 CFL season
» A look at every team’s Off-Season Depth Chart
» Ferguson: Will CFL-experienced additions make an impact?

It wasn’t all bad, though. Prior to sustaining that wrist injury, Reilly had settled into a nice groove and started resembling the elite quarterback we’d become accustomed to. Now 35, I think a year away from the wear, tear, and grind of a professional football season will do nothing but good things for him. With favourite receiver Bryan Burnham back in the fold and some exciting additions, I’m leaning towards a big year from Reilly.

Edmonton Elks: How explosive can that offence be?

Had quarterback Trevor Harris not missed five games due to injury, he would have been neck-and-neck with Saskatchewan’s Cody Fajardo as the West Division’s Most Outstanding Player. Harris was stellar in his first season with Edmonton and things are looking even more promising for Edmonton’s offence in 2021.

New head coach Jaime Elizondo takes over after serving as offensive coordinator with Harris and receiver Greg Ellingson in Ottawa for three years between 2016 and 2018. Derel Walker raised a ton of eyebrows when he signed with the Elks in January. With Ellingson and Walker, Edmonton boasts an elite one-two punch with newcomer Armanti Edwards as a great slot possession target. The addition of James Wilder Jr. at tailback rounds out what should be one of the CFL’s most dangerous offensive groups.

Calgary Stampeders: Can this young team come together quickly?

The Stamps aren’t unfamiliar with significant departures. With a personnel track record like Calgary’s, players are bound to leave for more lucrative CFL deals or opportunities south of the border. What’s different heading into this season is how many of those big name players have left for new locales. Eric Rogers, Tre Roberson, Reggie Begelton, Nate Holley, and Wynton McManis are just a few examples. As a result, the Stampeders enter 2021 with as young and inexperienced a roster as we’ve seen in some time.

That’s no reason to panic in Calgary, though. Veterans Bo Levi Mitchell, Jamar Wall, and Cory Greenwood will help steady the ship early on. Head coach Dave Dickenson’s resume speaks for itself. And the work of general manager John Hufnagel and director of player personnel Brendan Mahoney has been stellar over the years. I’m quite confident the Stamps have the right players in place to remain a West Division playoff team. The only question I have is how quickly it’ll all come together.

Winnipeg Blue Bombers: How will they replace Justin Medlock?

So much of Winnipeg’s 2019 Grey Cup winning squad is back in an attempt to repeat. Long-time core pieces Andrew Harris, Stanley Bryant, Willie Jefferson, Darvin Adams, and Adam Bighill are back for another year. Quarterback Zach Collaros returns, too, after sliding in as the final piece of their crazy late season run. There is one tenured Bombers player missing from that list, though. Kicker/punter Justin Medlock isn’t expected to play this season, which means Winnipeg will be without one of the greatest to ever play the positions.

Presumptive replacement Marc Liegghio will enter training camp with big shoes to fill, but the Bombers are messaging this properly. No one is expecting Liegghio to step in replace a player of Medlock’s caliber in the blink of an eye, because that would be unfair. However, in Liegghio, we’re talking about a solid prospect. The 2020 fifth round CFL Draft pick had a great career at Western as both a kicker and punter and was a U SPORTS first-team All-Canadian at both positions in 2019. Even stepping into a massive void, I’m excited to see what Liegghio does in year one as a pro.

Saskatchewan Roughriders: Can that offence pick up where they left off?

After gutting through a painful injury and coming up just short in the 2019 West Division Final, quarterback Cody Fajardo has already earned legend status in Regina. His first season as Saskatchewan’s starter helped in that regard, too, because he was outstanding. Now fully healthy and as motivated as ever, Fajardo leads an explosive Roughriders offence poised to pick up right where they left off, and maybe take another step.

Fajardo was named West Division Most Outstanding Player in 2019. He and returning receiver Shaq Evans had started to establish one of the CFL’s most dynamic pairings as the season went on. Kyran Moore, who helped Sask form a dangerous one-two punch with Evans, is also back in the fold along with the promising Jordan Williams-Lambert. Oh, and don’t forget William Powell, who just happened to lead all running backs with 12 touchdowns last season. With Fajardo on top of the depth chart to start the season, this Roughriders offence has the chance to be elite right from the get-go.