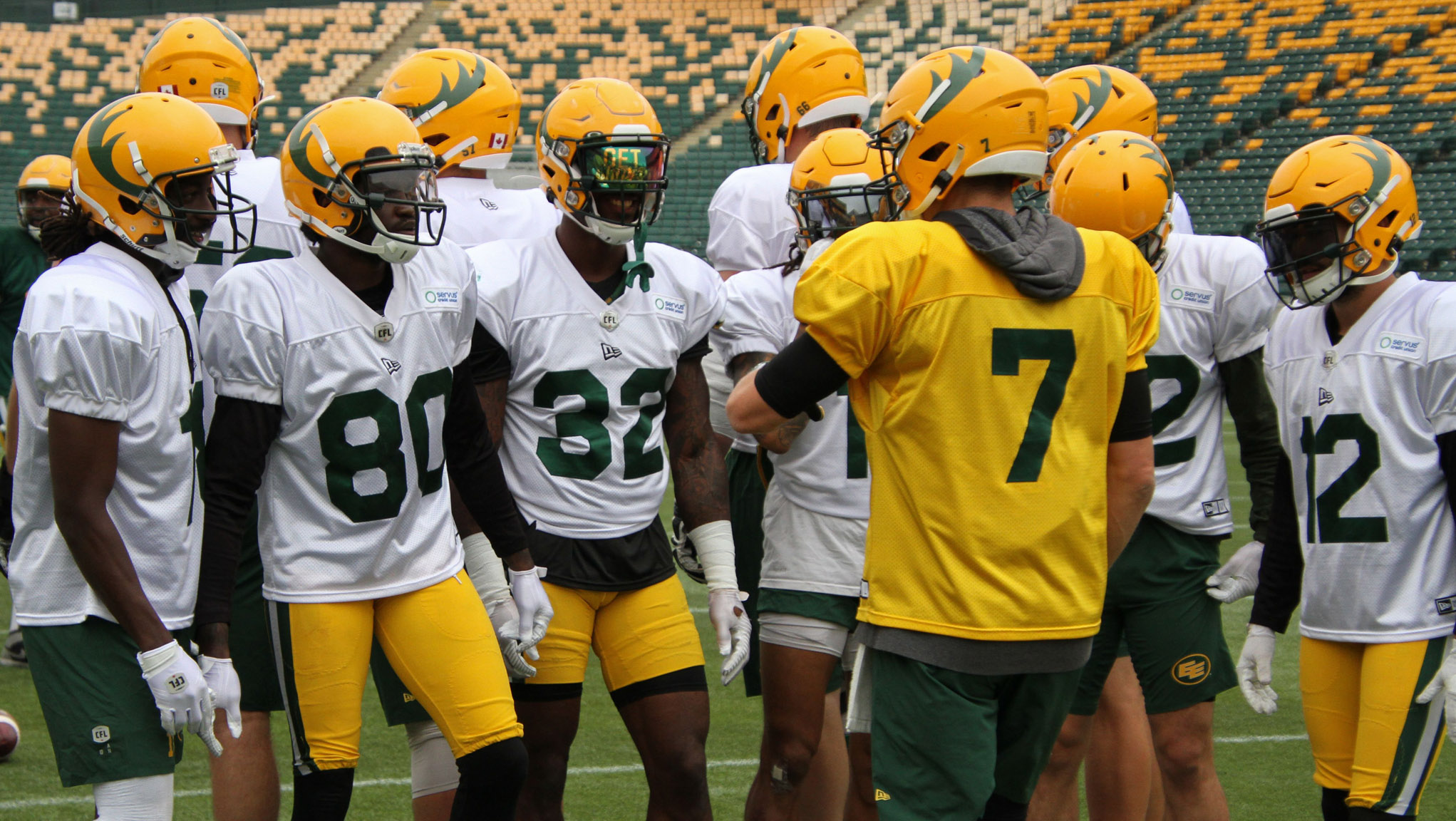 Finally, we have normalcy as the first Start/Sit of the 2021 CFL season is here. Let’s not waste time and get right to it.

PLAY CFL FANTASY
» Sign up and set your lineup for Week 1!
» Five strategies for getting back on the Fantasy horse
» Fantasy Refresher: Breaking down the East and the West

One could start Brandon Banks ($14,000), but rest assured the Blue Bombers secondary will be draped over the reigning CFL Most Outstanding Player from the moment he steps off the plane. Originally, the Start went to Bralon Addison ($9,167), but the all-star has missed practice much of this week and will be a gametime decision. That brings us to Acklin, who comes off a solid 2019 and showed at times he can be a Fantasy-worthy option (26 Fantasy points against Montreal in Week 4 of 2019 to go along with eight games of at least 10 Fantasy points).

Keep in mind that Acklin did have five catches for 88 yards against Winnipeg in the Grey Cup loss in 2019. If Addison doesn’t go (or if you’re hesitant to roll with him), consider Acklin, who will give you above-price value.

There’s no reason to be alarmed about Harris not practicing during the early part of the week. He does know what to do when given the ball. However, this is a good week to avoid the ageless wonder, as it will be interesting to see how Winnipeg distributes touches in the backfield. The ultimate goal is to keep Harris fresh for late November-early December, so don’t be surprised if the Bombers give Johnny Augustine ($2,536) a healthy dose of touches.

Rhymes had two of his best fantasy outings in 2019 against the Roughriders, putting up a season-high 33.8 fantasy points in Week 2 before following up with a solid 19.5 fantasy points in Week 11. Remember, this was when he was in Ottawa, which didn’t have the most efficient passing offence in the league in 2019. Now paired with Michael Reilly ($9,234), Rhymes has a better pivot and better talent around him. Fantasy users should be quite happy if he can duplicate those numbers in his Lions debut.

On the surface, Williams-Lambert looks like a value play, as he will be expected to benefit from the attention of West Division All-Star Shaq Evans ($6,809) and the steady Kyran Moore ($7,100) will draw. He should be able to get his share of targets, but if the Riders turn this into a slow-paced game and give RB William Powell ($6,919) a heavy dose of touches, fantasy users looking to run with Williams-Lambert would need him to provide quality with the potential dearth of targets he would get if Saskatchewan goes into grind-it-out mode. 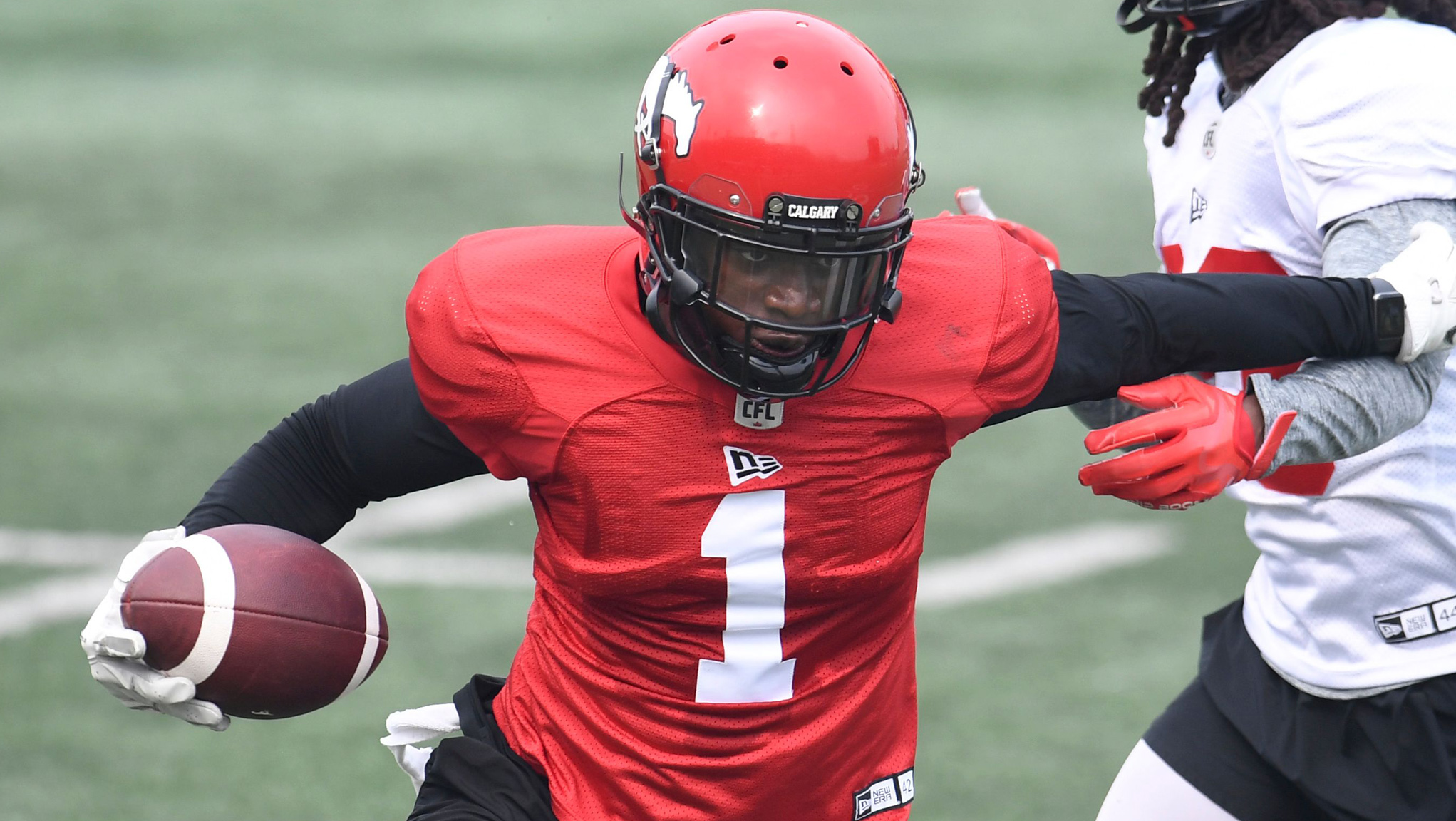 In a strong showing through the close of the 2019 season, Stampeders’ receiver Hergy Mayala is poised to take a step forward in 2021 (Photo: Stampeders.com)

Oh, let the star turn begin. Mayala had three games of at least 21.3 fantasy points in his last four regular-season contests in 2019. With the Stampeders’ receiving corps sporting an entirely new look, Mayala is primed to become the next new favorite target of pivot Bo Levi Mitchell ($9,566). Yes, the Argos worked on improving their defence, yet keep in mind that Toronto allowed a league-high 36 passing touchdowns in 2019 and yielded a 72.2 percent completion rate. This season, everything points toward Mayala becoming a fantasy breakout star and Saturday will be his launching ground.

There are some things fantasy users shouldn’t do, and starting a pivot against the Calgary defence is high atop that list. Certainly, there is plenty of expectations and intrigue when it comes to Arbuckle becoming a full-time starter, but the Stamps’ D allowed a league-low 7.2 yards per pass and gave up a mere 16 pass plays of better than 30 yards (also first in the CFL). Former Calgary receivers DaVaris Daniels ($5,332) and Eric Rogers ($8,294) also make their return, yet this one homecoming won’t bode well for Arbuckle.

Walker returns to Edmonton after putting up East Division All-Star numbers in Toronto during the 2019 campaign. His return to The Brick should feel like an ominous cloud to opposing defences, and he will open his 2021 campaign against a REDBLACKS defence that gave up 31.3 points and 9.0 yards per pass in 2019. The addition of Walker to an already impressive group of Elks wideouts only means that quarterback Trevor Harris ($9,805) can dial it up to Walker at least 2-3 times per night. In fact, fantasy users that will run with Walker would be wise to pair him up with Harris and let the numbers pile up.

Ottawa spent training camp looking for someone (anyone!) to help complement Harris, the team’s top returning pass-catcher. To further display just how challenging it is to trust a REDBLACKS receiver in Week 1, consider this: Harris ($6,143) is the only Ottawa receiver with a salary above the $2,928 it would cost to use DeVonte Dedmon. The chances are good that the REDBLACKS will be playing from behind, so the silver lining here would be that fantasy users watching on Saturday night will have a (slightly) better idea of how the REDBLACKS pecking order will look going into Week 2.