Start vs. Sit: Feeling out rosters after Week 1 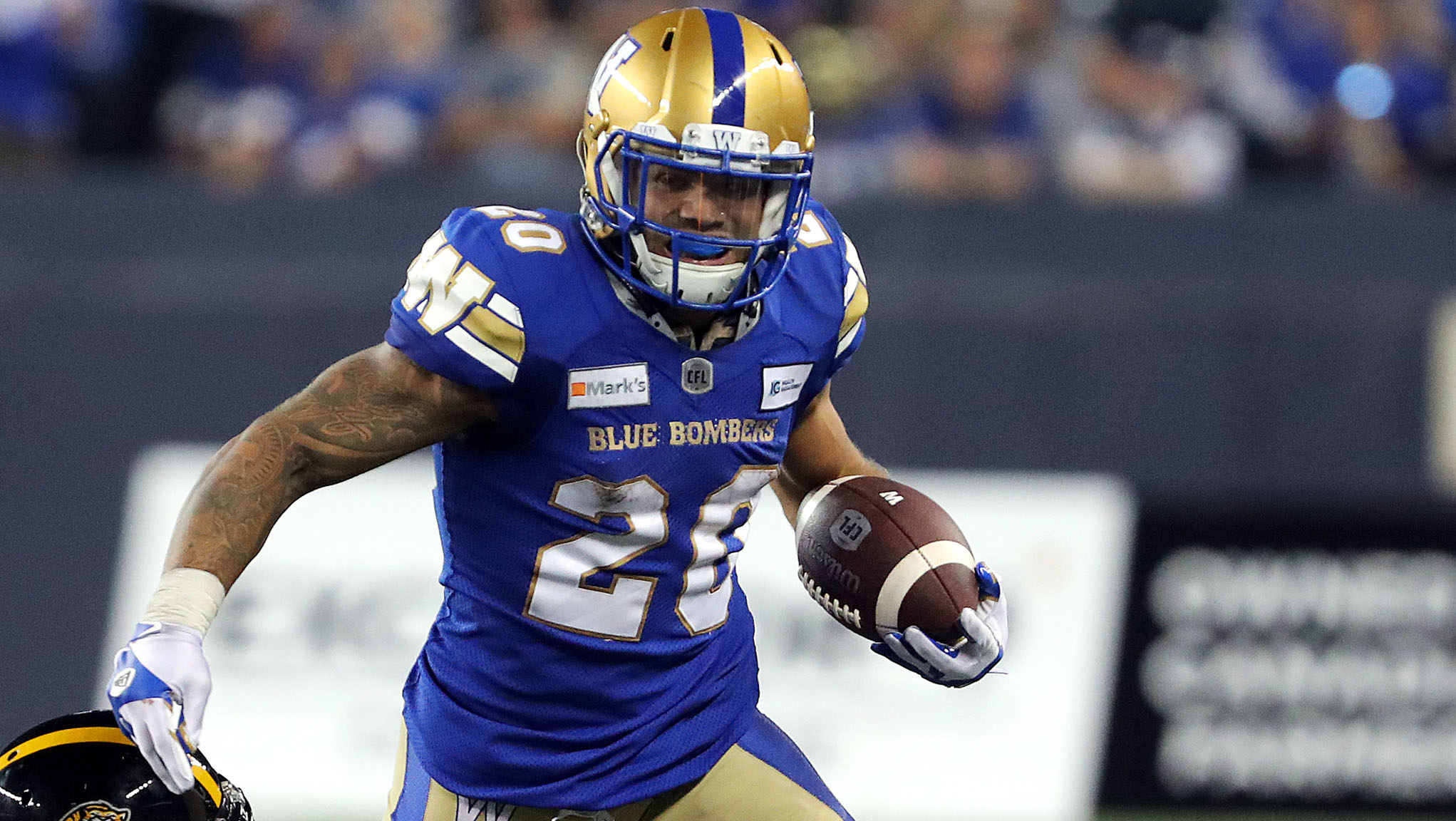 Start vs. Sit: Feeling out rosters after Week 1

Week 1 of the CFL Fantasy season was simply a weekend of joy. After all, we did have to wait 20 months to play, right? Now that the training wheels are off, here’s a look at Week 2, along with the hopes of more scoring than we saw last weekend.

PLAY CFL FANTASY
» Set your lineup for Week 2
» Five strategies for getting back on the Fantasy horse
» Fantasy Refresher: Breaking down the East and the West

If Jorden is going to play like the Most Outstanding Player candidate he was before his Labour Day Classic injury in 2018, then why not go with him? Jorden caught all five of his targets for 88 yards and a major in last week’s loss to Toronto and had a second touchdown called back due to a penalty. Only Josh Huff ($4,534) had more targets (eight), so if Bo Levi Mitchell ($9,958) can puncture the Lions’ secondary in the same manner as Saskatchewan’s Cody Fajardo did in Week 1, count on Jorden partaking in the feast.

Fantasy users would be wise to wait until a decision is made on either Michael Reilly ($9,640) or Nathan Rourke ($2,500) starting on Thursday. Until then, Bryan Burnham ($10,655) is the only Lions receiver worth considering. Whitehead had a stellar Week 1 with five receptions for 136 yards and a touchdown (a beautiful 75-yard catch-and-run from Rourke), and while his eight targets were topped only by the 11 from Lemar Durant ($5,629), this looks like a week where the ball will be spread out even more. That means more looks for Dominique Rhymes ($6,058) and Shaq Johnson ($3,037) and less for Whitehead against a Stamps secondary looking for a rebound after McLeod Bethel-Thompson lit them up in Week 1.

Just a hunch, but if the goal is to keep Andrew Harris ($9,628) healthy, then why not give Oliveira another start? All he did was rush for 126 yards on 22 carries and added a 21-yard reception on his only target in the win over Hamilton. The only thing missing from his 15.7 fantasy points was a major, and one has to think the Bombers’ offence will be more efficient than it was in Week 1. The Argos’ run defence did struggle at times in containing Calgary’s Ka’Deem Carey ($5,270) last week. If Winnipeg continues to build its game plan around pounding the rock with Oliveria, here’s betting on another solid outing, only this time he gets a visit to the end zone.

White couldn’t get on track against Calgary’s run defence in Week 1, finishing with just 28 rushing yards on nine carries. His work as a receiver (three catches for 33 yards on four targets) did little to ease the disappointment from his Fantasy users. Things don’t get much better for the hard-charging veteran, who now faces a Blue Bombers’ defence that held Hamilton to 55 yards and a 3.4 average yards per carry in Week 1. Considering that Winnipeg held the ball for more than 33 minutes in Week 1, the Argos may look to go uptempo in order to maximize their possessions, meaning White’s value will take a further hit. 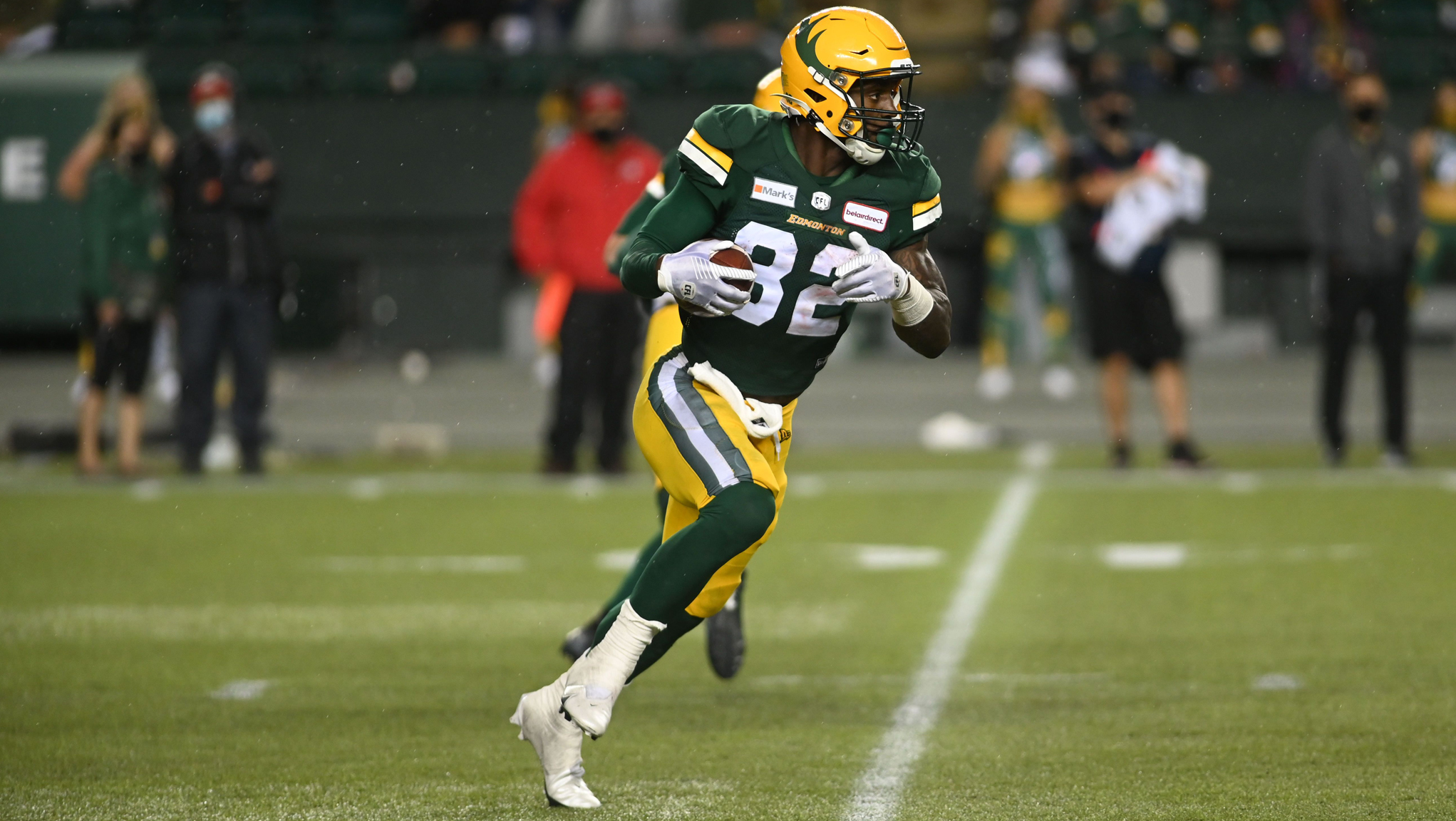 James Wilder Jr. did everything but find the end zone for the Edmonton Elks in Week 1, which could be a sign of bigger things to come for the running back (Walter Tychnowicz/CFL.ca)

The only thing Wilder didn’t do was find the end zone, a malaise that ran through the Edmonton offence in Week 1. Looking a lot like the fantasy beast he was in 2017, Wilder put up 25.1 fantasy points against the REDBLACKS, with 16.2 of those coming as a receiver (nine catches, 72 yards on 12 targets). Wilder is such a good receiver that fantasy users shouldn’t consider the high volume of targets as a one-off, as it wouldn’t be a shock if Wilder continues to average 10-12 targets per week. Even if he’s not as productive as a receiver this week, it’s readily apparent that giving Wilder at least 20 touches per game is going to be paramount to the Elks’ game plan.

Wilder and Derrell Walker ($7,341) accounted for half of Trevor Harris’ ($9,805) 44 attempts in Week 1. Add the fact that potential breakout Shai Ross ($2,500) had seven targets; then it’s obvious there are going to be weeks where someone in this talented receiving corps is going to be the odd pass-catcher out. This looks like the week Ellingson will serve that role despite catching all five passes for 52 yards in the loss to Ottawa. By no means is this a suggestion the West Division All-Star is on the decline, yet there’s a good feeling that Wilder and Walker have established themselves as the must-feed options in the Edmonton passing game.

Even if Bralon Addison ($9,638) makes his 2021 debut after spending Week 1 on the injured list, Acklin will bring fantasy value. Acklin caught seven of his 11 targets for 98 yards and accounted for the Ticats’ only touchdown of the night in the loss at Winnipeg and looks ready to play the role that former All-Star Luke Tasker played in the offence. A healthy Addison will only bolster Acklin’s fantasy potential, and one has to know that Brandon Banks ($14,000) is not going to be well with just 73 receiving yards. This week feels like the Hamilton offence will look much better than Week 1, and Acklin will be one of the driving forces behind it.

Although Powell put up a decent 13.5 Fantasy points in Week 1, the bothersome trend of his limited touches, which began late in the 2019 regular season, appears to have overcome the pandemic and found its way into 2021. Powell had just 15 touches from scrimmage for 45 yards, so, yes, averaging three yards per play isn’t going to cut it, even if there’s a major to go along with it. Return specialist Marcus Murphy ($2,500) had one carry, but James Butler ($2,500) recorded eight carries and added four catches on six targets. At the least, the Saskatchewan backfield is beginning to look like a timeshare. At its worst, the presence of Butler and the looming presence of practice roster member Jamal Morrow makes it feel like a regime change is coming in the Riders’ running game.