From the Editor’s Desk: Welcome to Week 3 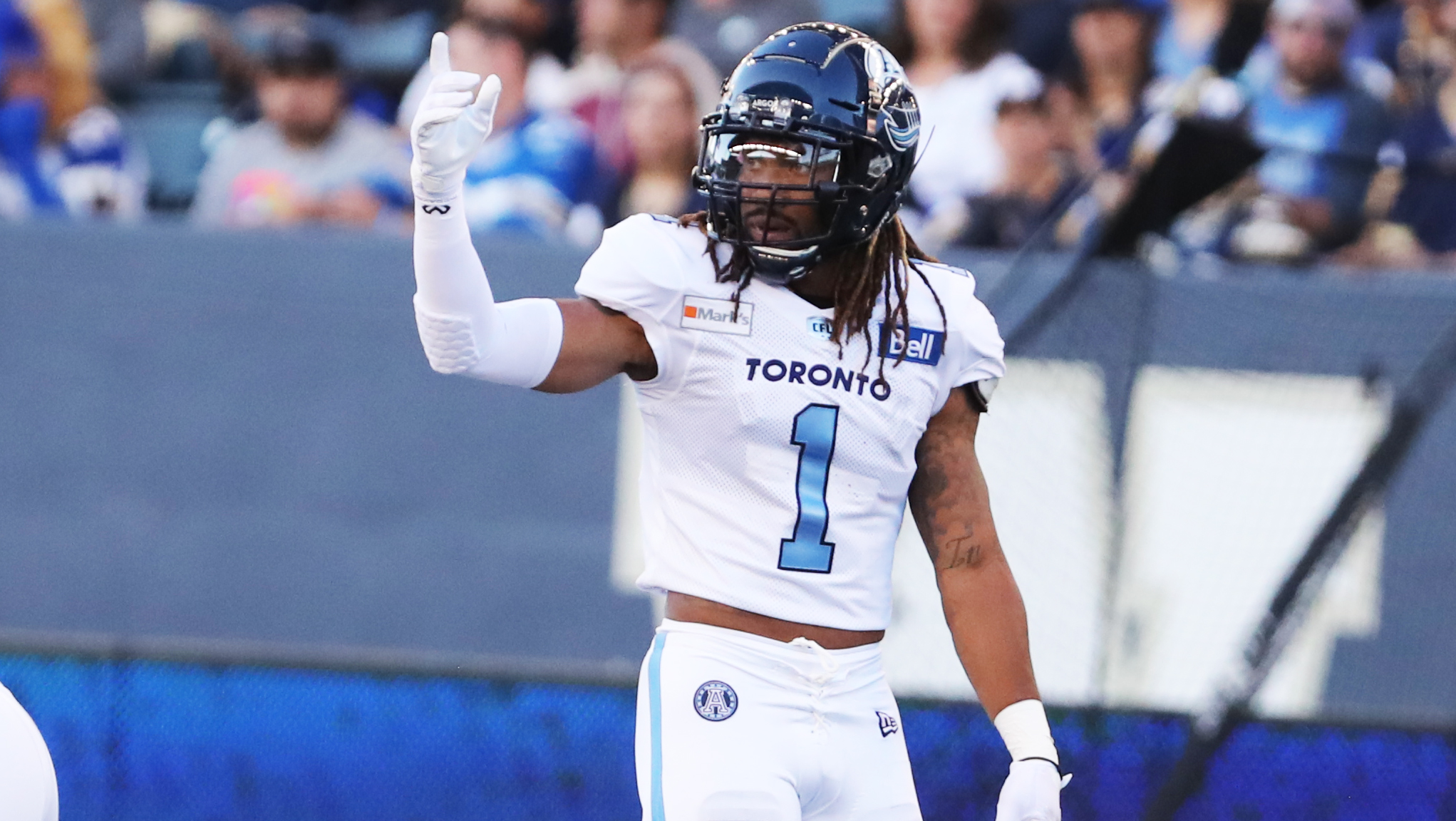 From the Editor’s Desk: Welcome to Week 3

I don’t know about you but the over 600 days we had without our favourite game was excruciating. I found myself watching old games and highlights just to get through. Reminiscing on old Grey Cups (and the halftime shows, Hi Shania!), clicking through plays of the week.. doing anything to get my CFL fix.

With all of that time away though, it’s made for some challenging predictions (just ask the other CFL.ca writers). I’m going to blame the time off for my lack of success on my fantasy team and my picks. Although, I kind of hate excuses so on second thought, I’ll just take the L and hopefully this week goes a bit better.

I rolled the dice on the Argonauts last week and went with McLeod Bethel-Thompson as my fantasy QB and man, oh man, it did not pan out. 2.8 points?! The only player that got me double digits last week was Jake Weineke (thank you, Jake!) and the rest were (for the most part) fails. 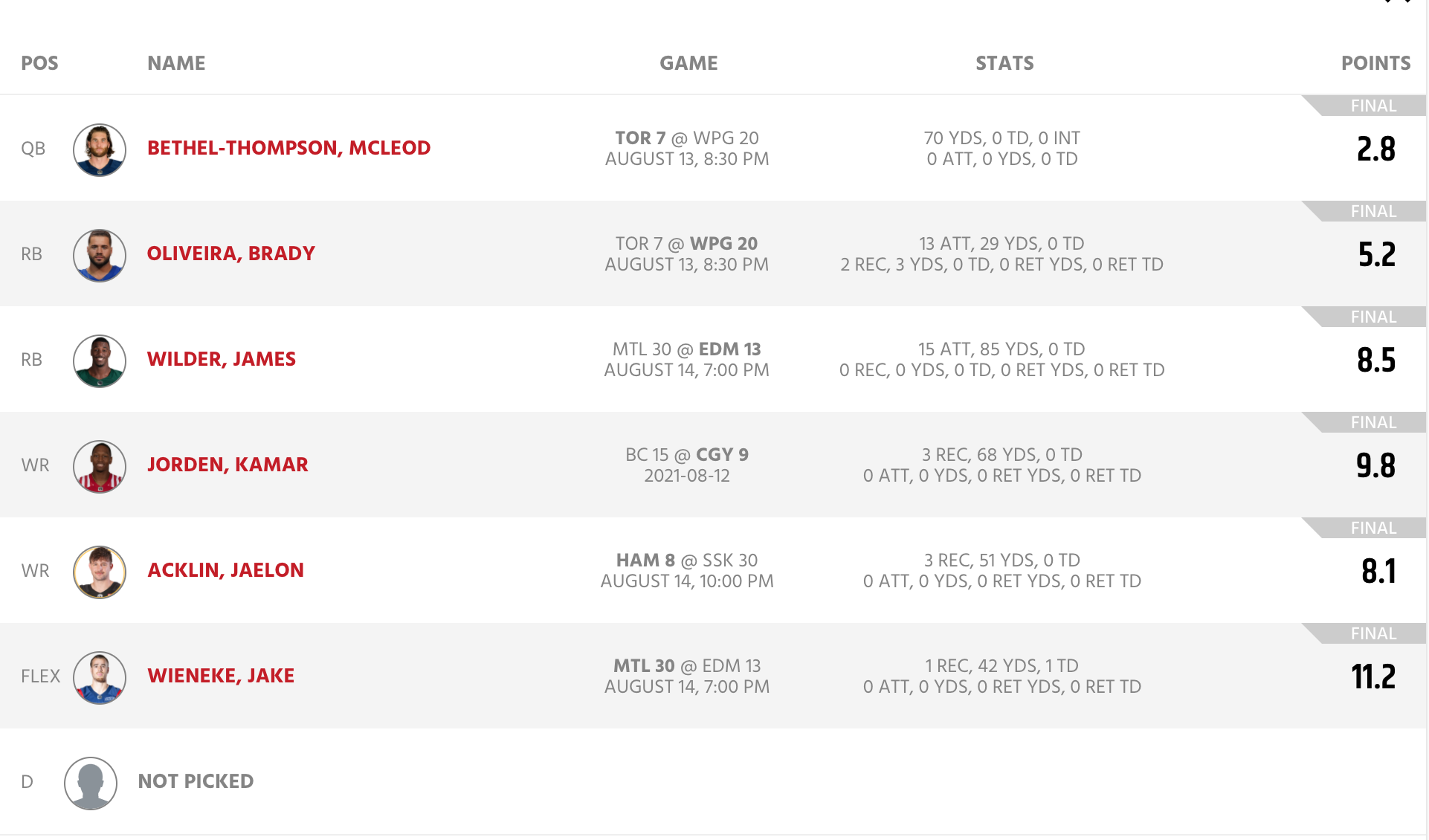 This week was super difficult for me to choose a roster. I went back and forth on almost all positions but ultimately settled on this lineup.

I wanted to go heavy on Montreal, based on the fact Calgary’s secondary has allowed a league-high 348 passing yards per game, so I’m hoping that Vernon Adams Jr. can feast on them on Friday night.

How can you not go with Lucky Whitehead after two games with 100+ yards? And I don’t usually go for the value picks but Mitchell Picton fit nicely into my lineup at $2,500. 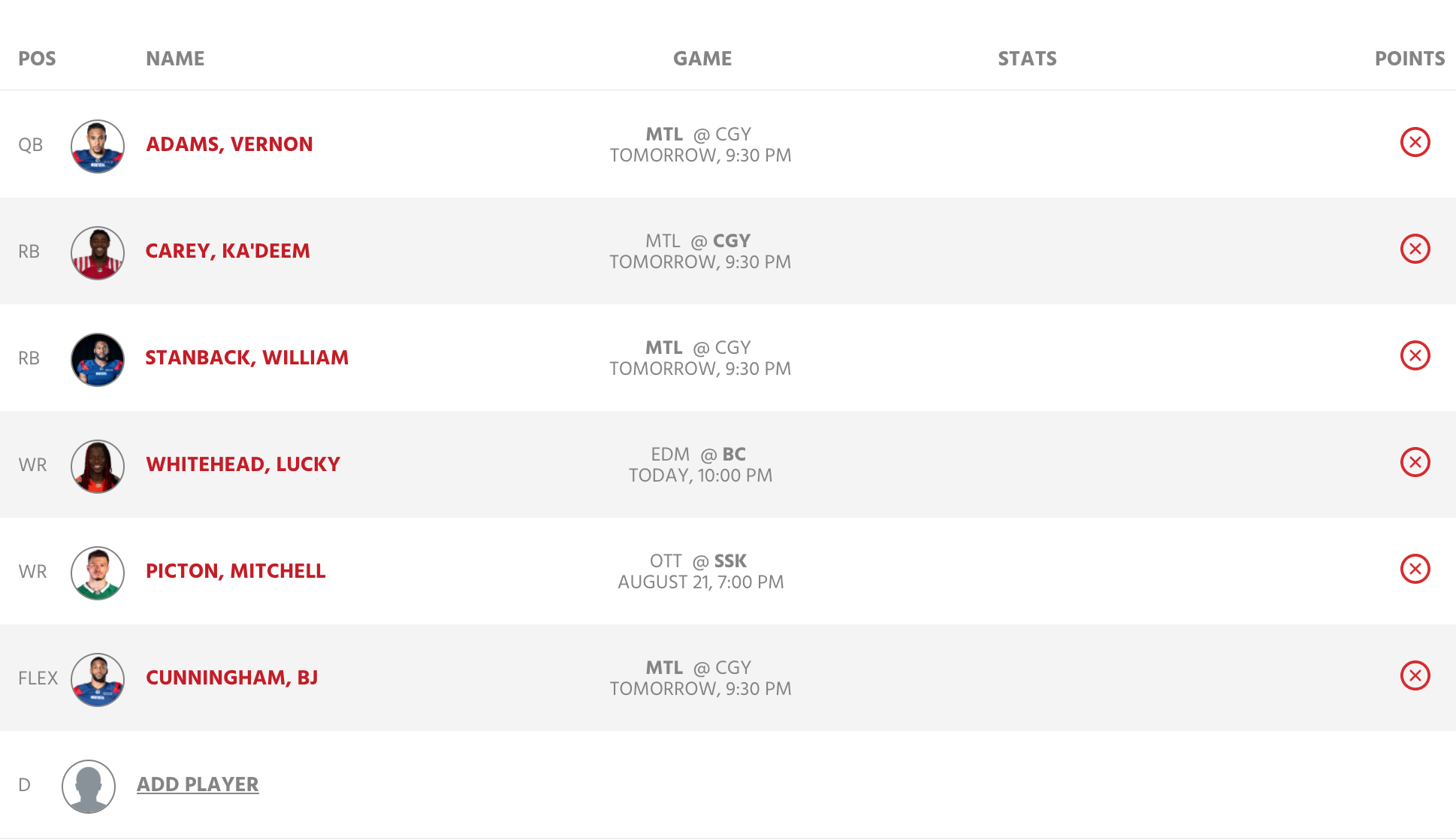 I’m taking BC this week in the opening of Week 3. This is based on the fact that I’m hoping Michael Reilly is playing and also the fact that Lions fans deserve to see a win in the team’s home opener.

Okay, I know that they’ve only played one game but holy cow, Montreal looks good. I’m rolling with Vernon Adams Jr. and the Als this week. Also, without Bo Levi Mitchell I think that the Stamps are in trouble.

I picked against Winnipeg for the first two weeks of the season and the Bombers made me look foolish. I won’t be making that mistake again.

My heart says Ottawa but my head says Saskatchewan. The Riders look good on both sides of the ball and Cody Fajardo is just so easy to cheer for.

And finally, Nik Lewis and Willie Jefferson are my mood heading into this week’s games.