From the Editor’s Desk: Open the door for Week 4 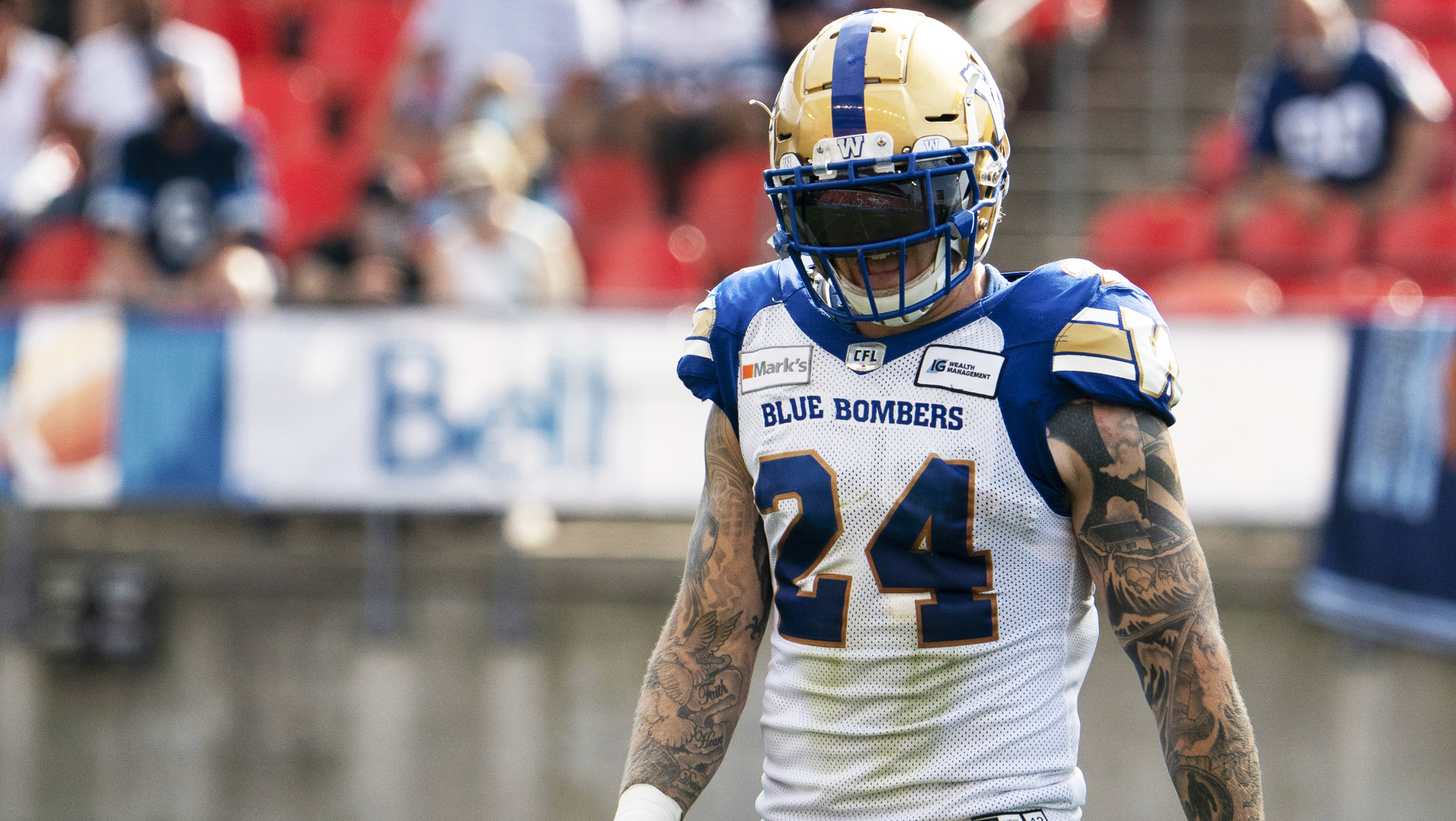 From the Editor’s Desk: Open the door for Week 4

Finally! It’s been a few weeks but I finally had a good (ish) Fantasy week. *Does happy dance*

Vernon Adams Jr. gave me the kind of points I’m looking for in a QB. After two weeks of single-digit points from my pivots, getting a solid outing was welcomed (and celebrated!)

And I really liked my running backs, Ka’Deem Carey and William Stanback, with Carey hitting 22.1 points and Stanback finishing with 14.2.

That being said, my receivers could have done a little more to help my score, including Mitchell Picton, who was my lowest-scoring player. Here’s my full roster: 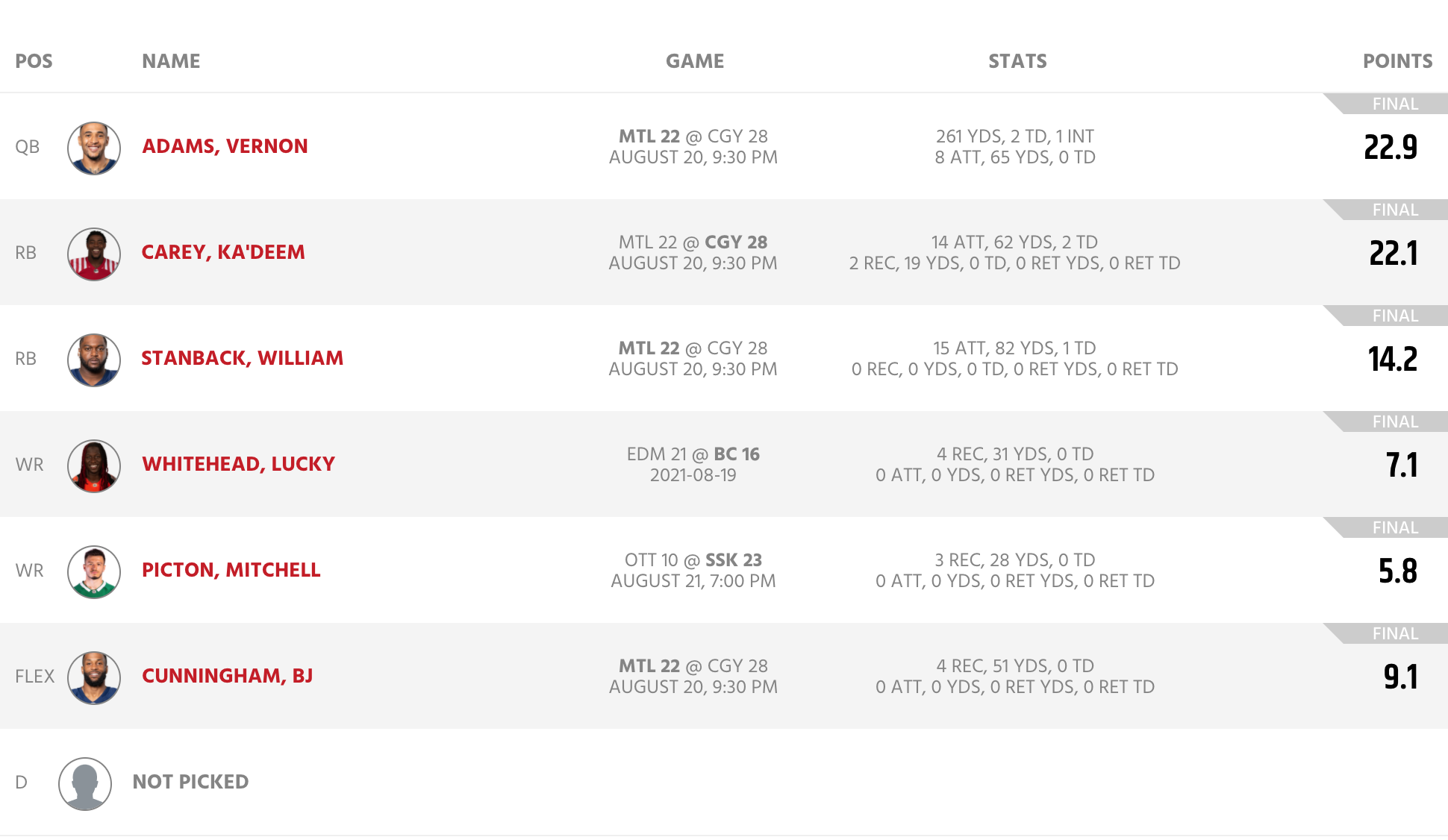 With only three games of players to choose from, it felt a little harder than usual to select a team but I’ve decided on the team that will (hopefully) get me to at least 100 points.

I’m rolling with Michael Reilly this week. I know that he hasn’t put up the fantasy points that we’re used to over his career so far in 2021 BUT with a pass rush that isn’t so great in Ottawa, I’m hoping he has the time and space to get the ball to his receivers or run it himself, as we know he loves to do.

Shaq Cooper is in my lineup for similar reasons, plus he’s so speedy and I’m hoping he can find some gaps in the REDBLACKS front to get some yards on the ground. My other running back is William Stanback. Without Ja’Gared Davis for Hamilton and the way that Montreal’s tailback has been running to start the season, I think Stanback has another big game in store.

At receiver, I’m going with Kenny Lawler (after a couple monster Fantasy games in the first two weeks of the season, and a decent one last week, how could I not?). Hamilton’s Jaelon Acklin and Calgary’s Josh Huff round out the rest of my team.

And as always, I’m going with the Kristina strategy and going with no defence.

I can’t see Hamilton losing three in a row this week. I’m rolling with Dane Evans and co. to leave Montreal with their first W of the season on Friday night.

While I think Ottawa will have some fire in them playing in front of a home crowd for the first time in 2021, I’m still siding with the BC Lions to take this one.

Even though the Blue Bombers lost last week when I picked them (because of course), I’m sticking with the defending champs on Sunday.