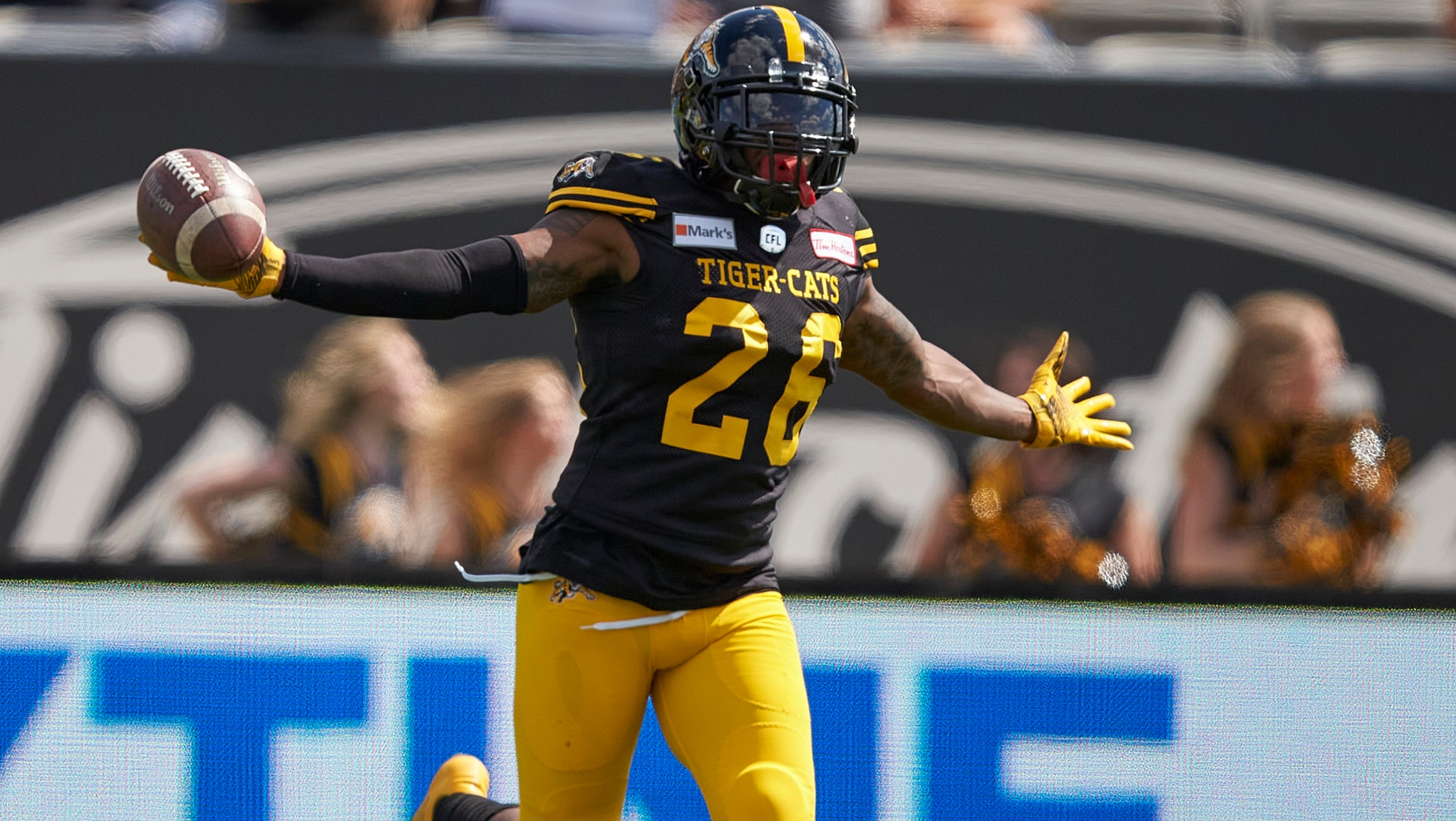 HAMILTON — It had been 659 days since their last home game, but the Hamilton Tiger-Cats made it worth the wait for the 15,000 fans at Tim Hortons Field on Monday for Mark’s Labour Day Classic.

All three phases stepped up to lead the Ticats (2-2) to a commanding 32-19 win over the rival Toronto Argonauts (2-2), with pivotal touchdowns coming from offence, defence and special teams.

The surging Ticats are now riding a two-game win streak as the top team in the East Division after starting the season 0-2, and they climbed the standings by playing complimentary football.

“When you win in all three phases or you contribute the way we did, you should win a lot of football games,” head coach Orlondo Steinauer said.

“To have the players go out there and execute the way they did was extremely special. Scoring on special teams, offence and defence, it’s a rare combination, but we’ll take it and we will enjoy it.”

While the Labour Day matchup was already a big game in its own right, getting to play their first home game since the 2019 Eastern Final gave it even more significance.

“There’s a lot of relief, there’s a lot of healing for just people being back in the stands,” Steinauer said. “This is for the community, so this was just an outstanding win for everybody.

Quarterback Dane Evans, who helped lead Hamilton to the Grey Cup in 2019, made his second straight start after taking over for an injured Jeremiah Masoli. It was also Evans’ second Labour Day start for Hamilton, and after the game was over he made it clear how special the experience truly is.

“There is something extremely special about Tim Hortons Field on Labour Day. There really is, you can feel it in the air,” Evans said.

“The celebration at the end, that’s why we do this.”

After leading the Ticats to their first win of the season on the road against Montreal last week, Evans kept the momentum going by passing for 248 yards and two touchdowns. He completed 21-of-29 passes (72.4 per cent) and has yet to throw an interception this season.

“There were some crucial times in the game where the momentum could’ve shifted and he led us down the field or threw a couple first downs, and we were at least able to swing the field,” Steinauer said.

While the offence did its part against Toronto with a pair of majors, Evans was quick to point out how much of an impact the defensive and special teams touchdowns made in securing Hamilton’s seventh straight Mark’s Labour Day Classic victory.

Frankie Williams extended Hamilton’s lead to double digits in the third quarter with his 67-yard punt return touchdown, and linebacker Simoni Lawrence helped seal the victory by securing a tipped ball and scoring a pick-six late in the fourth.

“I thought we complimented each other nice today.”

Hamilton’s defence finished with three sacks while applying consistent pressure against the Argos, and defensive back Cariel Brooks also notched an interception.

Rookie receiver Tim White was another key contributor, scoring his first CFL touchdown on a 57-yard strike from Evans. The 27-year-old finished with a game-high 93 yards on six catches, including a pair of key second down conversions, and he also added one rush for six yards.

White is a versatile athlete who nearly punched his ticket to the Tokyo Olympics in the triple jump, but he finished fifth at the U.S. Olympic trials in June  — just two spots away from making the team. Just like the rest of the Ticats, White soaked up the unique joy of the Labour Day experience on home turf.

While Hamilton and Toronto face a quick turnaround before squaring off in a rematch on Friday at 7:30 p.m. ET, Evans said he is looking forward to it after Monday’s thrilling win.

“It was everything we thought it’d be,” Evans said. “And the best thing about this week is we get to line up and do it again in a couple days.”