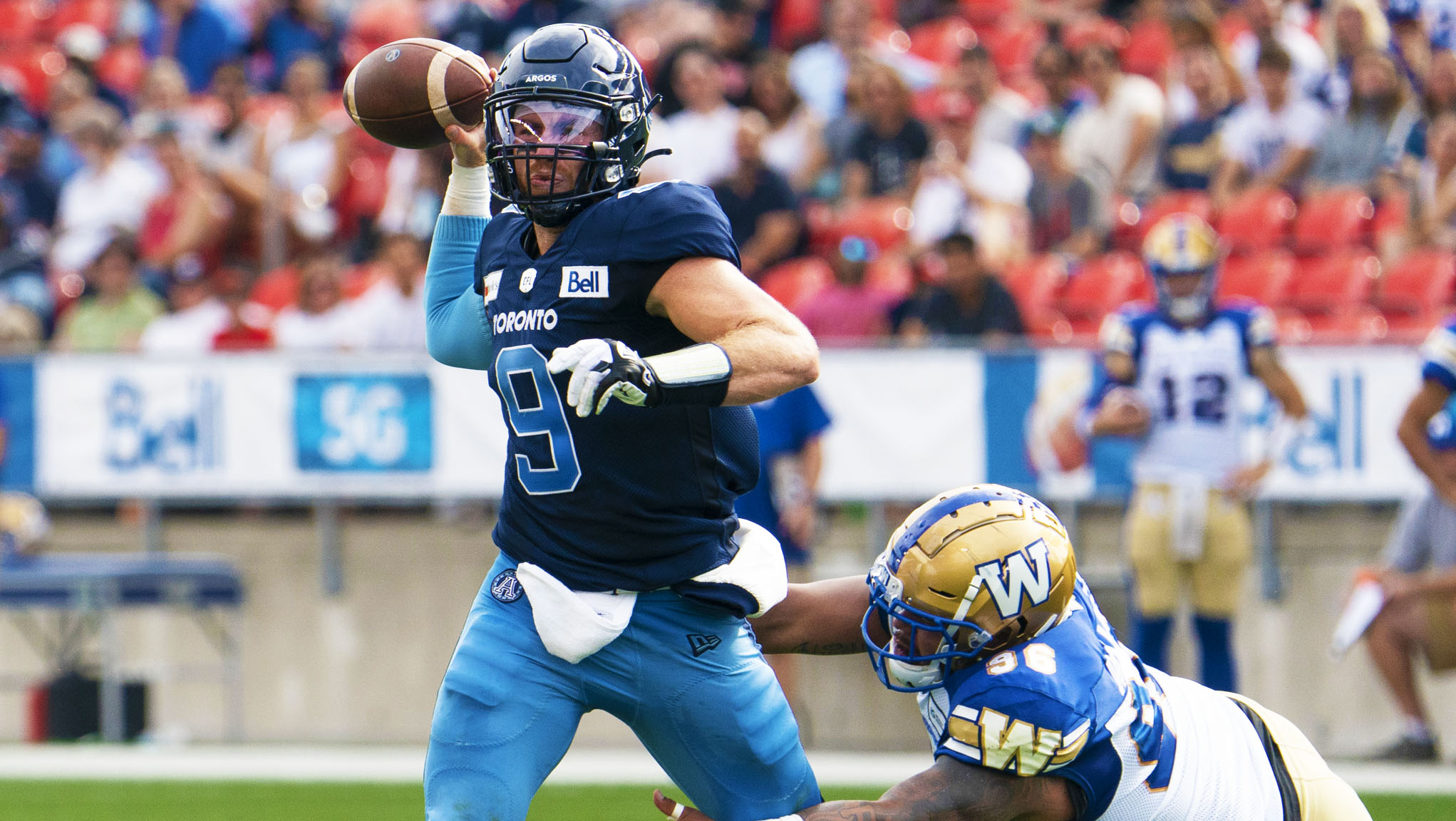 TORONTO — The Toronto Argonauts and Ottawa REDBLACKS have shared their injury reports ahead of their game on Wednesday at BMO Field.

Ottawa will be without RB Justin Davis (knee), DL Ese Mrabure (hand) and DB Brad Muhammad (hamstring) when they head to Toronto for Wednesday night’s game.

For the Argos, QB Nick Arbuckle (hamstring) has been ruled out for Wednesday’s contest. Along with Arbuckle, receivers Llevi Noel (hamstring), Eric Rogers (hamstring), and Daniel Braverman (ankle) are also out. Running back John White (hamstring) and linebacker Cameron Judge (ankle) will also not play.