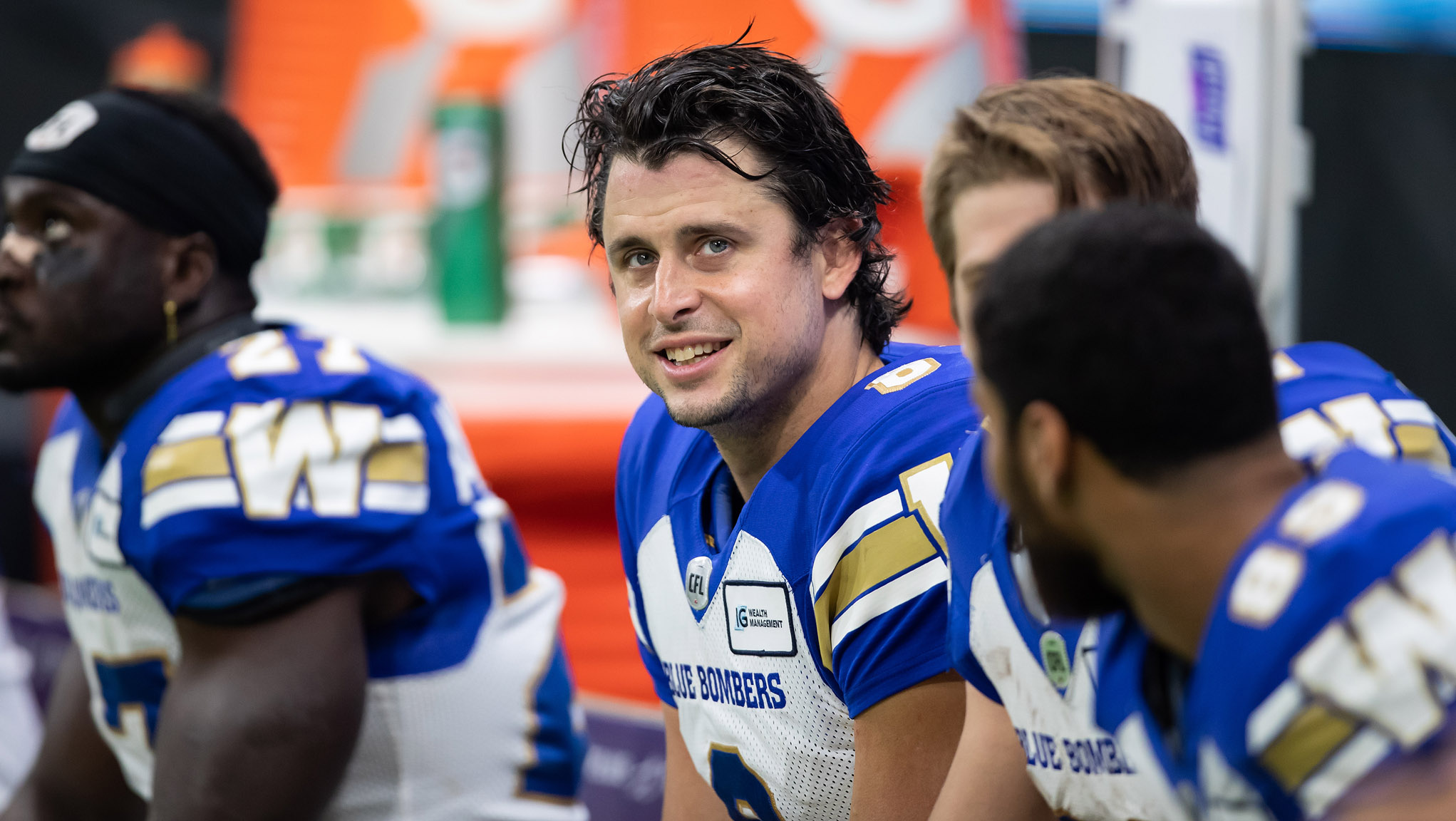 PERHAPS THAT IS THE DROID THEY’RE LOOKING FOR

The Ottawa REDBLACKS might just have entered a Star Wars Episode IV phase. That episode, entitled “A New Hope,” was the very first Star Wars movie, you know.

Look, if you’re not into Star Wars, maybe skip the rest of this takeaway (although my inner 13-year-old is screaming at you that YOU HAVE TO BE INTO STAR WARS OH MY GOD WHAT’S WRONG WITH YOU IT’S THE BEST AND YOU’RE A JERK FOR NOT LIKING STAR WARS AND I WANT DEATH STAR SCHEMATIC PLANS FOR CHRISTMAS AND STOP TALKING TO ME ABOUT FARRAH FAWCETT ‘CAUSE CARRIE FISHER IS WHERE IT’S AT AND MAKE SURE YOU SEE STAR WARS OR YOU’RE JUST A STUPIDHEAD).

The REDBLACKS were in need of a new, young hero and it mattered not if he were heralded. That’s where quarterback Caleb Evans stepped in, taking over for Mark Hamill in the role of Luke Skywalker. Evans provided Ottawa with surprising, terrific pivot play in their win over the Edmonton Elks, racking up the kind of numbers the team has been desperately seeking all season long.

But he gave them much more than that.

“He gave us hope,” said head coach Paul LaPolice after the victory. “All game.”

A new hope for Ottawa. Cue the swelling John Williams music score, with Caleb Evans stoically staring off into the distance, a golden light bathing him as two suns set on the horizon. He wonders what might be. (transition wipe into next takeaway)

Contested catches seem to be the lifeblood of CFL offences these days. They are the fuel additive that can give a team’s engine’s a rip-roaring boost.

In Hamilton, Montreal Alouettes’ receiver Eugene Lewis made the contested catch of the season when he resorted to physical pretzelry in order to snag a touchdown catch, giving the Als the lead over the Ticats with under a minute to go.

Lewis is among the very best contested catch guys in the league, turning opposing secondaries – and the DBs who play in them – into his own personal parkour stepping stones.

We know BC’s Bryan Burnham has held the throne when it comes to 50/50 balls, but now he’s got company. There’s Lewis, and then there’s Winnipeg’s Kenny Lawler, who emerged from the weekend as, perhaps, the league’s top deep threat, consistently showing his abilities in the category of “wait, what?” catches. “We put the league on notice,” Lawler said, of he and quarterback Zach Collaros. “Best wide-receiver/quarterback duo.”

BONUS TAKEAWAY: At the other end of the spectrum, we find Saskatchewan quarterback Cody Fajardo and the Roughriders’ receivers. Far from having a deep passing game that has them chucking up those 90/10 balls, Fajardo admitted he was frustrated by the team’s ongoing search for a bombs away breakthrough.

I OWE AN APOLOGY TO VERNON ADAMS’ LEFT ANKLE

That ankle is much more of a gamer than I gave it credit for.

As the Montreal quarterback stood on the sideline, grimacing in pain with every little step he took, I was thinking “just sit down, Vernon, you’re done for the day.”

But that ankle refused to accept a benching.

Vernon Adams’ left ankle is the Michael Reilly of ankles, and I was wrong to doubt it. As John Cleese once said, as he was being dangled out a window by Kevin Kline (by his ankles, coincidentally) in the movie “A Fish Called Wanda”, I apologize unreservedly.

THERE’S WINNIPEG AND THEN THERE’S EVERYBODY ELSE

Right now, the Blue Bombers are a Drake concert. Everyone else is my karaoke version of “Flashdance What a Feeling.”

And don’t get that part wrong. My karaoke Flashdance is pretty damn good, actually, let me tell you that. It’s just that it ain’t no Drake show and I know it.

Asked to talk about his team’s takedown of the BC Lions, head coach Mike O’Shea went through point after point after point, and even he seemed slightly taken aback by just how well his team is playing, in all aspects.

It’s not that there’s no chance for anybody else, of course. Anybody else, though, needs to really start putting things together in order to build to a crescendo worthy of upsetting the defending kings.

It can be done. Like the song says: “First when there’s nothing, but a slow glowing dream….”

CRAIG DICKENSON IS AT HIS WIT’S END

Saskatchewan coach Craig Dickenson was outwardly dejected by his team’s loss in Calgary. After a big time win in BC the previous week, you’d have expected another step forward in the first of three straight slobberknockers with the Stampeders.

But the team continues to fiddle with the gear shift, and Dickenson seems bedevilled by his charges.

“The frustrating part for me is I just don’t know what else to do in terms of practice,” he said, candidly, when asked what the Roughriders need in order to stop lurching. “We practice hard, we practice well.”

“It is frustrating but we’ll reload. We got these guys again in a week and hopefully we’ll play a little better.”

BONUS TAKEAWAY: Actually, neither Dickenson felt all that great about the game, not even the Dickenson who won. “We’re not playing that well,” said Craig’s brother, Dave.

AND FINALLY… In my car I want a GPS as good as the one DeVonte Dedmon uses to navigate his kick returns.