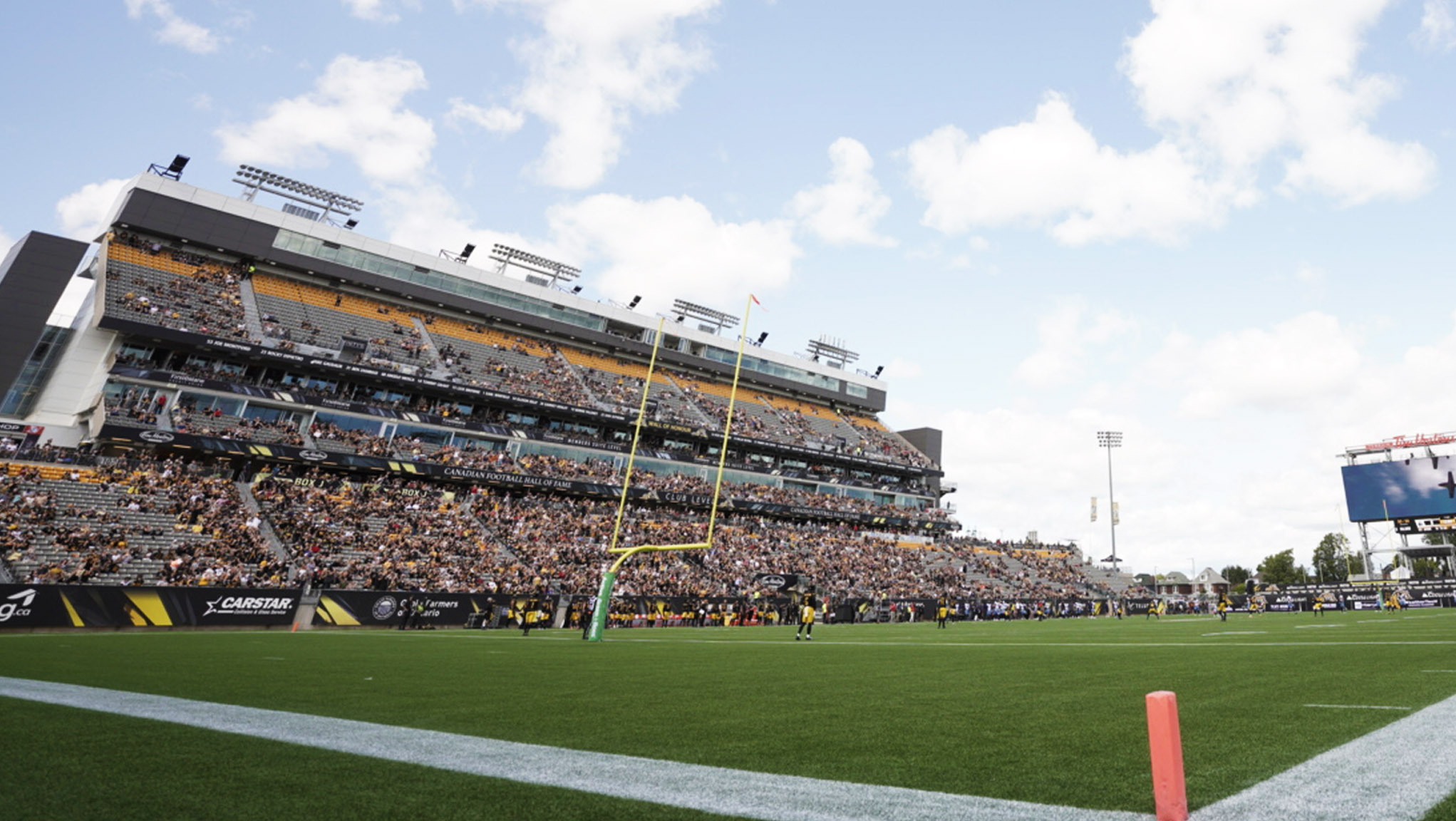 HAMILTON — The Canadian Football League laid out its plans for Grey Cup in Hamilton today in an announcement that resembles a three-play touchdown drive.

On first down, a major gain: The league said the 108th Grey Cup game scheduled for December 12 is expected to feature a full-capacity Tim Hortons Field, with every fan fully vaccinated, and it will deliver the full first-class Grey Cup game experience, including fly-overs and top shelf pre-game and half-time entertainment. Capacity is set at 24,000 and no temporary seating will be added. Tickets go on sale next week for season ticket holders across the league, followed by the sale to the general public starting October 26. (Tiger-Cat season ticket holders already have access to Grey Cup tickets.)

On second down, an audible: The plans for Grey Cup Week this year are being modified due to limitations caused by the lingering effects of COVID-19 restrictions, which have greatly impacted the planning and operations of the event(s) over the last 18 months.

With just 59 days remaining until the 108th Grey Cup, the modifications are necessary, but the spirit of Grey Cup will be alive and well in Hamilton this December, with tons of fun to be had at local bars and restaurants. And there will still be traditional CFL media events that support the game, including the Grey Cup Arrival, CFL Awards, Head Coaches Conference, and the Commissioner’s State of the League. Plans for a major concert series and other large scale fan events have been put aside, as Ontario still has capacity restrictions for non-seated, general admission indoor events.

More details on the plan for this year’s Grey Cup in Hamilton, including the unveiling of the pre-game and half-time entertainment for the 108th Grey Cup game on December 12, will be announced soon.

On third down, a surprise call and a huge scoring play: The CFL’s Board of Governors voted this week to also award Hamilton the 2023 Grey Cup, so Hamilton will get another opportunity soon to deliver on its original Grey Cup plan for Tiger-Cat fans and their fellow CFL supporters from across the country.

“We have worked very closely with the Hamilton Tiger-Cats, and their fellow teams across the country, on this plan,” said CFL Commissioner Randy Ambrosie.

“It’s exciting, responsible and fair. It delivers an exciting and complete championship game day experience for this year’s Grey Cup game, it responsibly modifies our plan for Grey Cup Week this year due to circumstances beyond our control, and it’s only fair to award another Grey Cup to Hamilton in 2023, so Hamilton gets an opportunity down the road to fully realize its bold and ambitious plans for hosting Grey Cup,” he said.

“Hamilton has waited 25 years to host another Grey Cup. Under this plan, it will host two Grey Cups in three years.”

The 109th Grey Cup will take place in Saskatchewan in 2022 after that province’s plan to host the 2020 Grey Cup was cancelled at the height of the COVID-19 pandemic.

Meanwhile, CFL teams continue to battle for playoff spots and an opportunity to capture the iconic Grey Cup trophy. The Edmonton Elks host the Winnipeg Blue Bombers this Friday night. Saturday features a doubleheader with the Montreal Alouettes in Ottawa to face the REDBLACKS and the BC Lions hosting the Calgary Stampeders.

The Saskatchewan Roughriders, Toronto Argonauts and Hamilton Tiger-Cats, who hope to become the first Hamilton team to play a Grey Cup in its home stadium since 1972, all return to action next week.