From The Editor’s Desk: Week 11 has arrived! 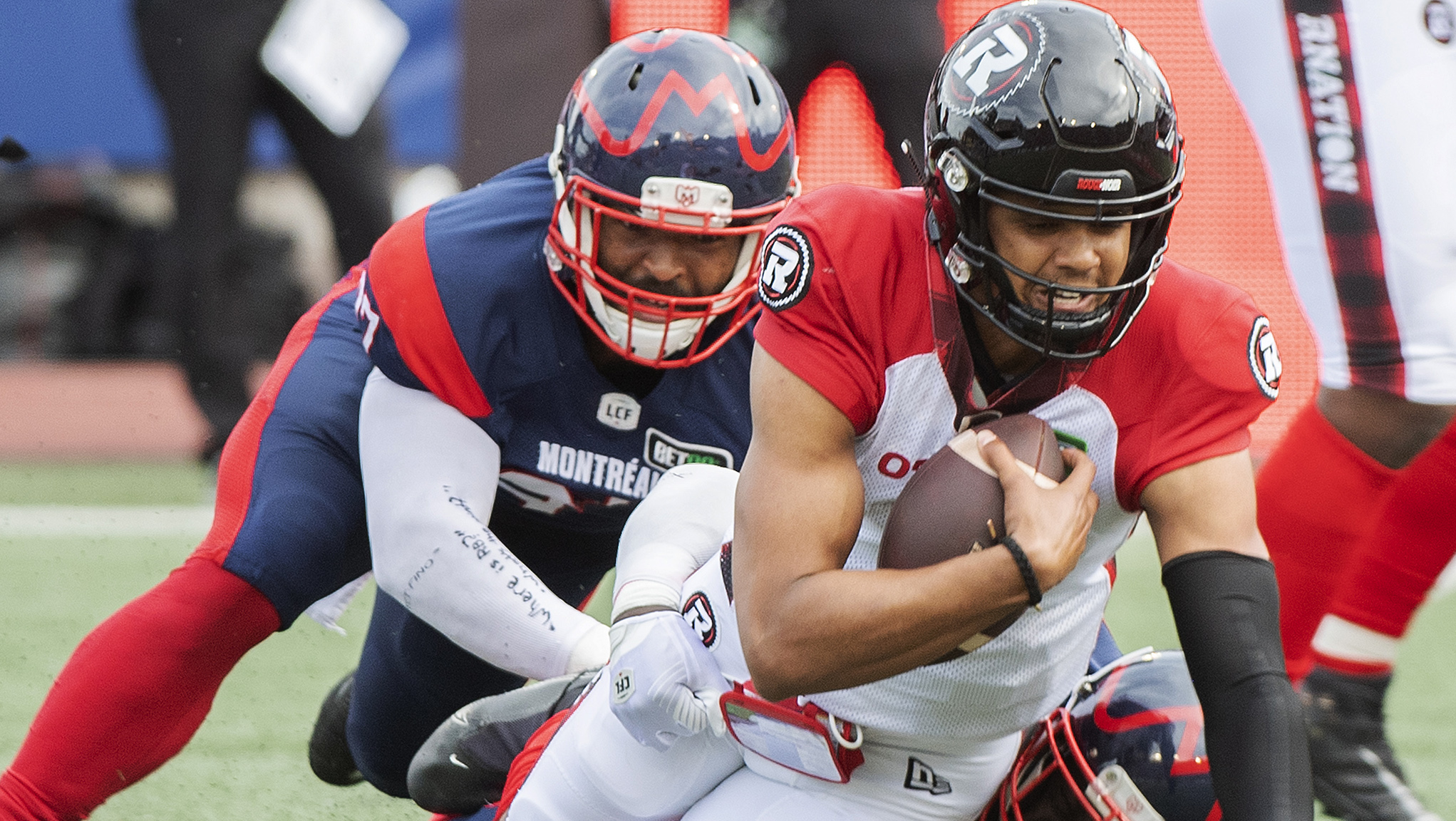 From The Editor’s Desk: Week 11 has arrived!

I’d like to dedicate a good portion of this article to showing some love for rookie receiver Dejon Brissett.

Brissett, who was selected second overall in the 2020 CFL Draft, had an excellent (understatement) Week 10. His team, the Toronto Argonauts, played twice last week, and the 25-year-old made a massive impact in both contests.

First, in the Argos home game against the Ottawa REDBLACKS, the six-foot-one, 195-pound receiver was one of a number of Argos to score in the third quarter. Brissett scooped up a Dion Pellerin blocked punt and returned it 23 yards to the house for his first CFL touchdown.

But it was the play he made in the team’s second game of the week, a contest in Hamilton against the Tiger-Cats, that showcased how clutch the receiver really is.

Hamilton was up 23-21 and there was just under 30 seconds left on the clock. Toronto went for it on third-and-six. McLeod Bethel-Thompson tossed to Brissett, who was surrounded by Ticat defenders, and he hauled in the 13-yard pass to keep the drive going. The next play was a one-yard scamper from D.J Foster before Boris Bede booted a 51-yard field goal on the last play of the game for the win.

That game-winning field goal gets the glory (and as it should) but it doesn’t happen without that outstanding grab by Brissett.

I had almost as good of a week in CFL Fantasy as Brissett did on the field. I finished the week with 99.3 total points, thanks in large part to Ottawa QB Caleb Evans and a pair of Argonauts in Foster and Chandler Worthy.

The rest of my roster… not so great: 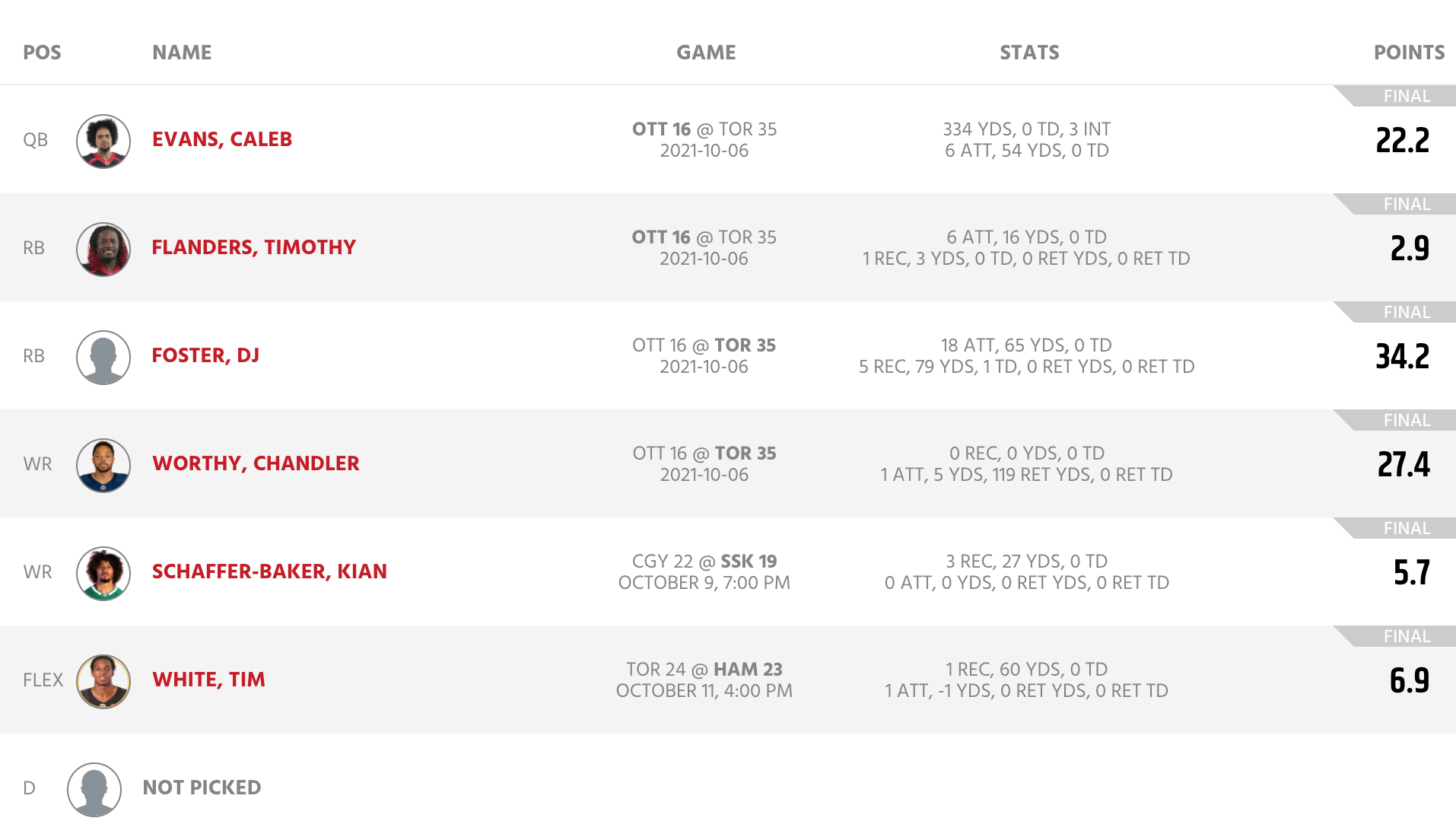 This week, I’m going with Zach Collaros at QB and Ka’Deem Carey and De’Lance Turner at RB. Nic Demski and Jake Wieneke sit in my receiver positions to go along with Keon Hatcher ($2,500!!) at flex. And as always, no defence! 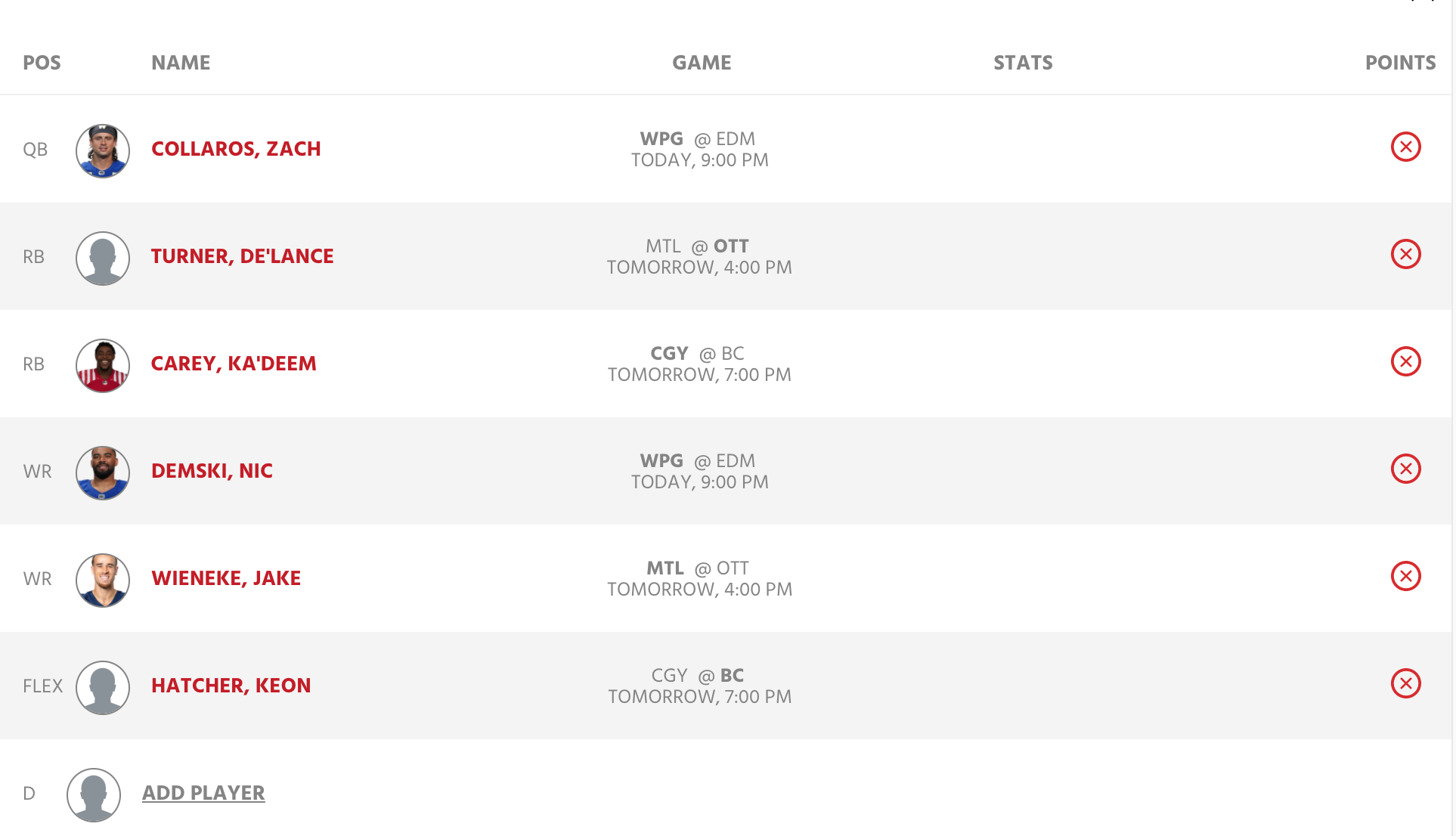 I don’t know how anyone can beat the Winnipeg Blue Bombers right now. My friend and colleague Marshall Ferguson tried to figure it out but I don’t think Edmonton solves the puzzle this week.

Ottawa was *oh so close* to getting the win against the Montreal Alouettes last week. Montreal’s last-minute victory was something special to see, thanks to Matthew Shiltz coming in late to orchestrate the game-winning drive. I don’t know if Ottawa is going to be too happy with how things ended in Montreal and I think that added fire gives them the upper hand.

This game should be an exciting one with so much on the line for these two clubs as they jockey for positioning in the West. I really, really like BC’s defence; they’re second in the league behind Winnipeg (12) in interceptions with 11 and they’ve also forced 22 turnovers (third in the league). I think that’s the difference in this one.