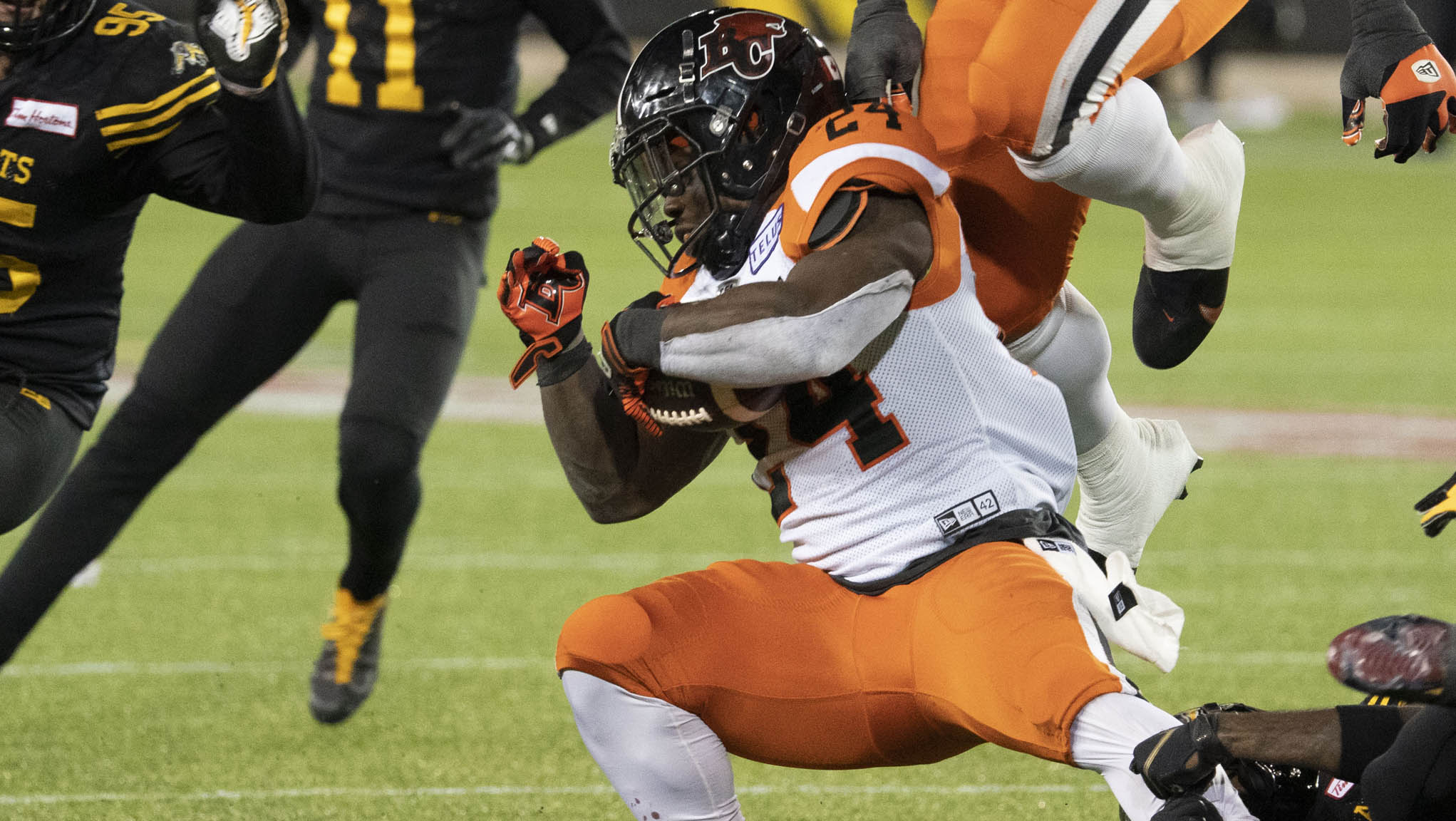 TORONTO — Sometimes in fantasy sports, the wins and losses don’t translate equally to good picks. In Week 14 of CFL Fantasy, user CAMMILLER357 read that better than everyone else.

Their team was stacked mostly with players that lost their games over the weekend, but had strong enough performances to lift them to the first overall spot for the week. Let’s take a look at what they did. 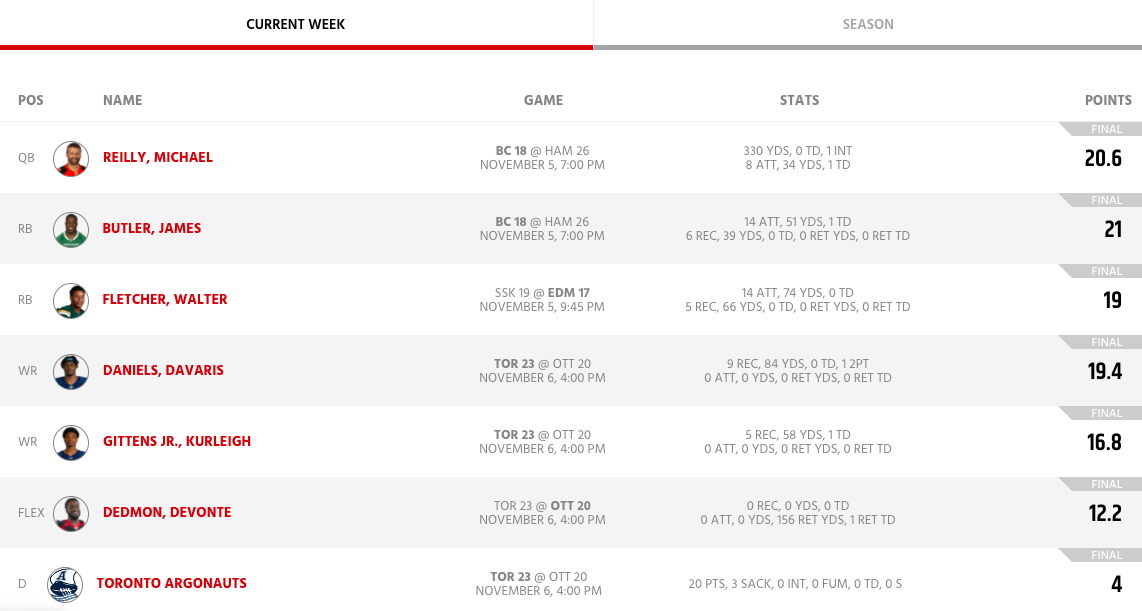 Michael Reilly and the BC Lions didn’t get the win they very much needed on Friday in Hamilton, but Reilly put together a productive 20.6-point night on a 330-yard passing game that included a rushing touchdown. Lions’ RB James Butler was a two-way threat with 90 combined yards and a rushing TD to be Cam’s top performer for the week, with a 21-point outing.

They cashed in on the cost-friendly use of Edmonton RB Walter Fletcher, picking up 19 more points, getting a combined 40 out of the ground game.

Argos receivers DaVaris Daniels (19.4 points) and Kurleigh Gittens Jr. (16.8 points) were good for a total of 36.2 points and the selection of the Argos’ defence got Cam a total of 40.2 Toronto-based points from the only team that picked up a W on their roster.

Ottawa’s DeVonte Dedmon got back in the lineup and picked up a return TD, along with 156 return yards, for 12.2 points.

Week 15 gets underway on Friday, with a big East Division showdown between the first place Argos and the second-place Ticats in Toronto.