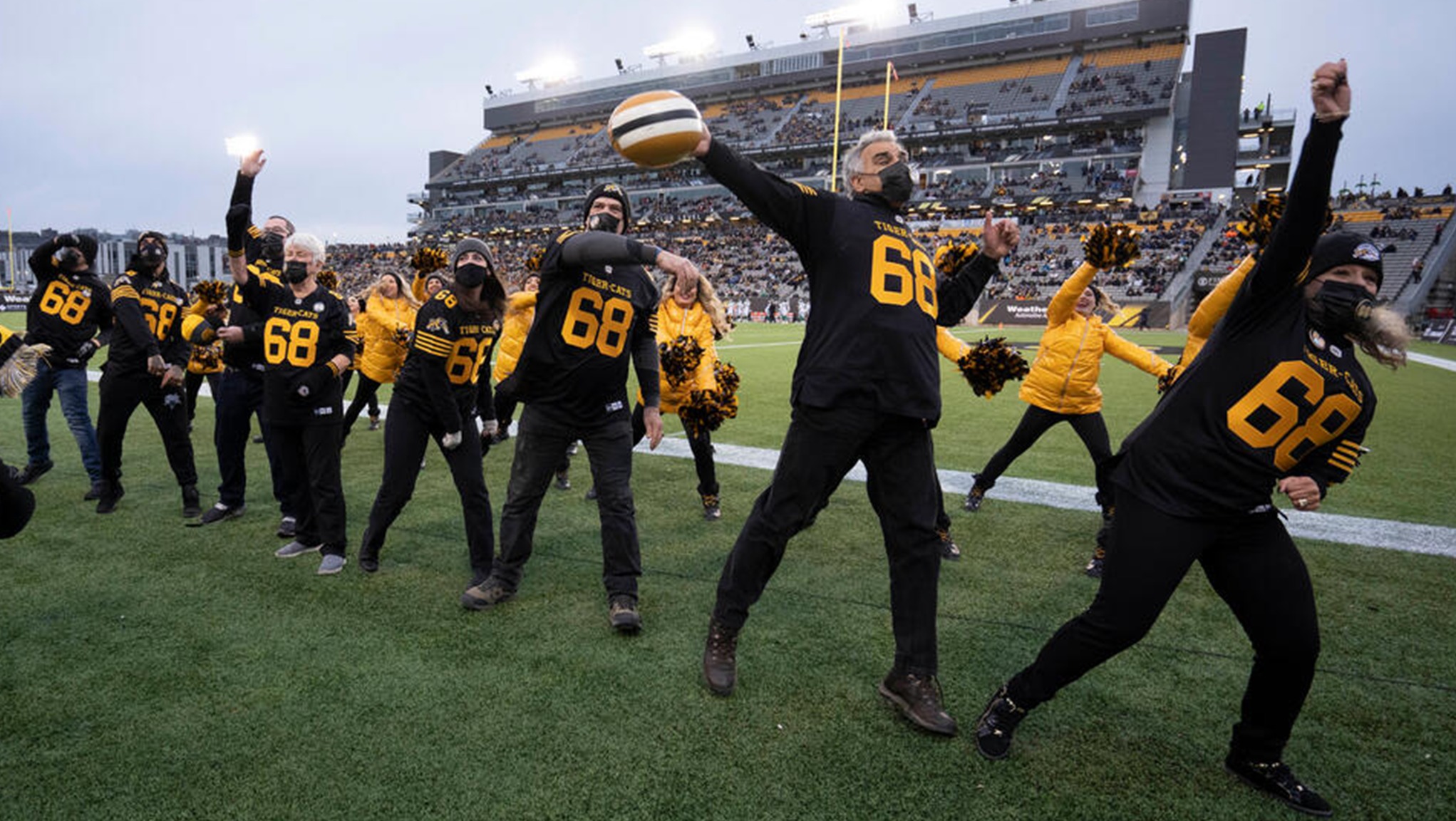 Sixteen weeks later, here we are. The grand finale of the CFL regular-season started slow, but ended in style.

A “make-up game” as it were kicked off Week 16 with Tuesday Night Football rearing its head at BMO Field.

With Antonio Pipkin getting the start at QB for the Toronto Argonauts, it was more of the same with Pipkin using his legs to create offence:

The ⛴️ strike first, off a familiar scene from @T_Pip2, running it in!

But Edmonton Elks QB, Taylor Cornelius had a swift rebuttal with a running TD of his own:

"I can do that too" – Taylor Cornelius

The @elks come right back!

And so too did Mr. Pipkin…

Honourable mention to Jalen Collins who has had a tremendous stretch in the secondary as of late:

The @TorontoArgos once again come up big on defence! pic.twitter.com/F19icagXLz

Ultimately, the Edmonton Elks would hang for the win, adding a silver-lining to a trying 2021 campaign, in the midst of a three-games-in-seven-days stretch.

Join us as we end our road trip Friday, November 19 @ 8:30pm MT vs. The BC Lions #ElksCharge pic.twitter.com/A4yShBGrso

These two East-Division Rivals never disappoint so matter what’s at, or isn’t at-stake:

Finishing the regular-season off with a CFL-leading 11 receiving touchdowns, Jake Wieneke went off in Week 16!

Despite the Montreal Alouettes’ aerial acrobatics, the Ottawa REDBLACKS won in DRAMATIC fashion to end their season on a high note.

Oh, what a night for the Canadian kid Nathan Rourke behind the centre for the B.C. Lions!

It was all Lions in this one for their final game of the season, and the cherry on top was yet another Lucky Whitehead return to the house!

Just raw speed, and a heck of a lot of fun to watch.

Major props to Green Bay Packers RB, Aaron Jones for supporting his brother Alvin Jones from the Saskatchewan Roughriders ahead of their Week 16 matchup!

Of course, the main story behind this game was the celebration of the life of CFL legend, Angelo Mosca.

The Hamilton Tiger-Cats included “68” emblems in each endzone, a 68-second moment of silence, as well as the family of Angelo Mosca welcoming the team onto the field.

A truly beautiful moment shared by all at Tim Hortons Field.

A titan of our game, a pillar of the CFL community: 6⃣8⃣

Members of Angelo Mosca's family welcome the @Ticats onto the field as we remember and celebrate his incredible life.#CFL pic.twitter.com/swTxa4AKWn

Once kickoff got underway, the Tiger-Cats started rolling in front of their home crowd, with Simoni Lawrence re-writing the history books…

An unbelievable feat for Simoni Lawrence as the new all-tie tackles leader for the Tabbies, surpassing Rob Hitchcock to claim the throne.

Speedy 🐝 with time + space: 🙌@speedybanks87 with the major early in the second half!#CFLGameday | @Ticats pic.twitter.com/ZWF43a9xa8

Brandon Banks: Cool as a cucumber!

Speedy had ice in his veins on that last TD catch 😂 pic.twitter.com/oGllLE6gQv

The Saskatchewan Roughriders came out swinging to keep it close, including a two-interception night for Elie Bouka:

In the end, the Tiger-Cats would roll on to the decisive victory in a “tune-up” for both sides as Hamilton and Saskatchewan host their respective division’s Semi-Finals this weekend.

Seizing the opportunity was Johnny Augustine out of the backfield for Winnipeg, who would end up rumbling for 148 yards!

And with sub-zero temperatures from the sidelines, hydration was a little tough to come by.

This may be the most Canadian Football League-ish thing ever: And we’re okay with that!

With points coming at a premium, stingy defensive work from both sides held the balance of power, including this Mike Jones INT:

While it looked like the Calgary Stampeders couldn’t manufacture any offence, a late drive from Jake Maier under-centre saw the CFL rookie toss a bomb to another CFL rookie in Luther Hakunavanhu!

Big catch-and-run for the rookie, and the #Stamps are within two points late:#CFLGameday | @calstampeders pic.twitter.com/I8Zj8WFkwk

With a few stale possessions late, the Stampeders had an opportunity to walk-off their regular season with a win, hinging off the foot of Rene Paredes.

Of course he made it. It’s RENE PAREDES.

16 weeks down, with three incredible ones left to go.

Welcome to the Playoffs, CFL fans: It’s been a long time coming, and we’re grateful it’s back!