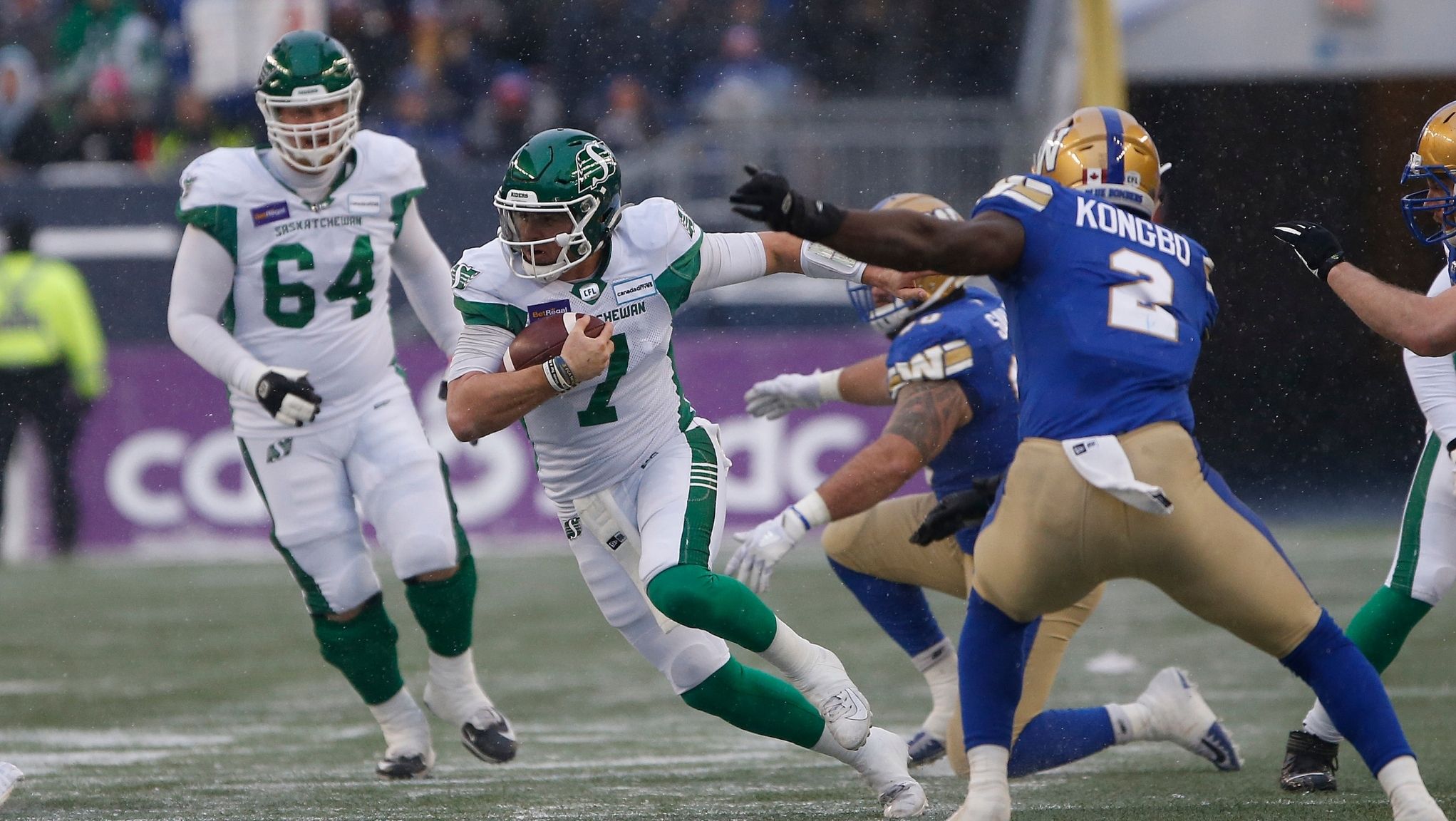 WINNIPEG —  Choosing to take the high road and use this time as a celebration of their season, the Saskatchewan Roughriders were far from crushed after losing to the Grey-Cup bound Winnipeg Blue Bombers.

For the second time in a row, the Riders came up short in the Western Final. Though, this time the locker room was different following the final whistle.

“This one was a little less emotional,” said Riders’ head coach Craig Dickenson. “2019, guys were really upset that we got beat and they’re upset right now, trust me. I tried to relay to them that, ‘you should be proud of the season you had. There was a lot of adversity, not just us on the football field but just in general.’ I just wanted them to feel like they did the best they could and when you do that, there’s nothing to be sad about.”

“There’s some veterans in there that are really hurting because they know the window’s short,” he continued. “It’s hard to get to the Western Final and when you got a chance to win it, you want to win but. But, we’ll be alright.”

RELATED
» Boxscore: Riders, Bombers by the numbers
» Through the Lens: Riders at Bombers
» Watch: Riders strike first after fumble at their own goal line

Cody Fajardo, who finds himself on the losing end of a second Western Final as the Green and White’s starting quarterback echoed the message of his head coach.

“Tough one again seems like I can’t really catch a break,” said Fajardo on the heels of a 265-yard performance. “I’m really proud of the guys, I thought we gave them our best shot. I had a chance to go down the field and score and win the game – something that we’ve done multiple times – I was feeling really good about it, especially when Duke (Williams) makes an incredible play. Unfortunately, he gets injured on the play and his loss is huge offensively for us”

“Proud of the guys, the way they fought,” he added. “We took every blow and we fought back but that’s what happens when you play a really good football team is it just comes down to the wire.”

Recording a plethora of turnovers throughout the game, the chances were there for the Riders.

All season long, the Riders had been one of the better teams for making their opposition pay for their offensive mistakes. Recording 79 points-off-turnovers through 16 weeks of the regular season, the Riders showed their capability to capitalize. Though they ultimately, came short of replicating that success on all their chances, Fajardo was again happy with how his offence played.

“The conditions weren’t great for offensive football,” Fajardo said. “We moved the ball really well, I had one fumble I wish I didn’t have because it kicked us out of field-goal range. But for the most part, I was proud of the offence. That’s the best defence in the league.”

Likening the Riders’ inability to generate points-off-turnovers to the outcome of that 2019 season that saw their season end with a struck crossbar, Fajardo said there are similarities and differences.

“2019 was pretty hard because it’s in front of our home fans,” said Fajardo. “Being in a hostile environment and you’re already against the chips, so to speak, still the same sick stomach in my feelings. It’s going to drive me this offseason, going to watch this film and see where I can be better. I fought and gave it everything all the way until the end it. It just wasn’t enough.”

Heading into the off-season now, Fajardo looks to use this game as motivation for next season.

“I’m in my second year as a CFL starter and to be in two Western Finals, I’m going to hang my hat on that,” said Fajardo. “But also my goal is to win a Grey Cup here for this organization and do everything I can; take these experiences, take these hard losses, let it drive me, let it motivate me for the future years and find a way to just win a football game in the Western Final.”