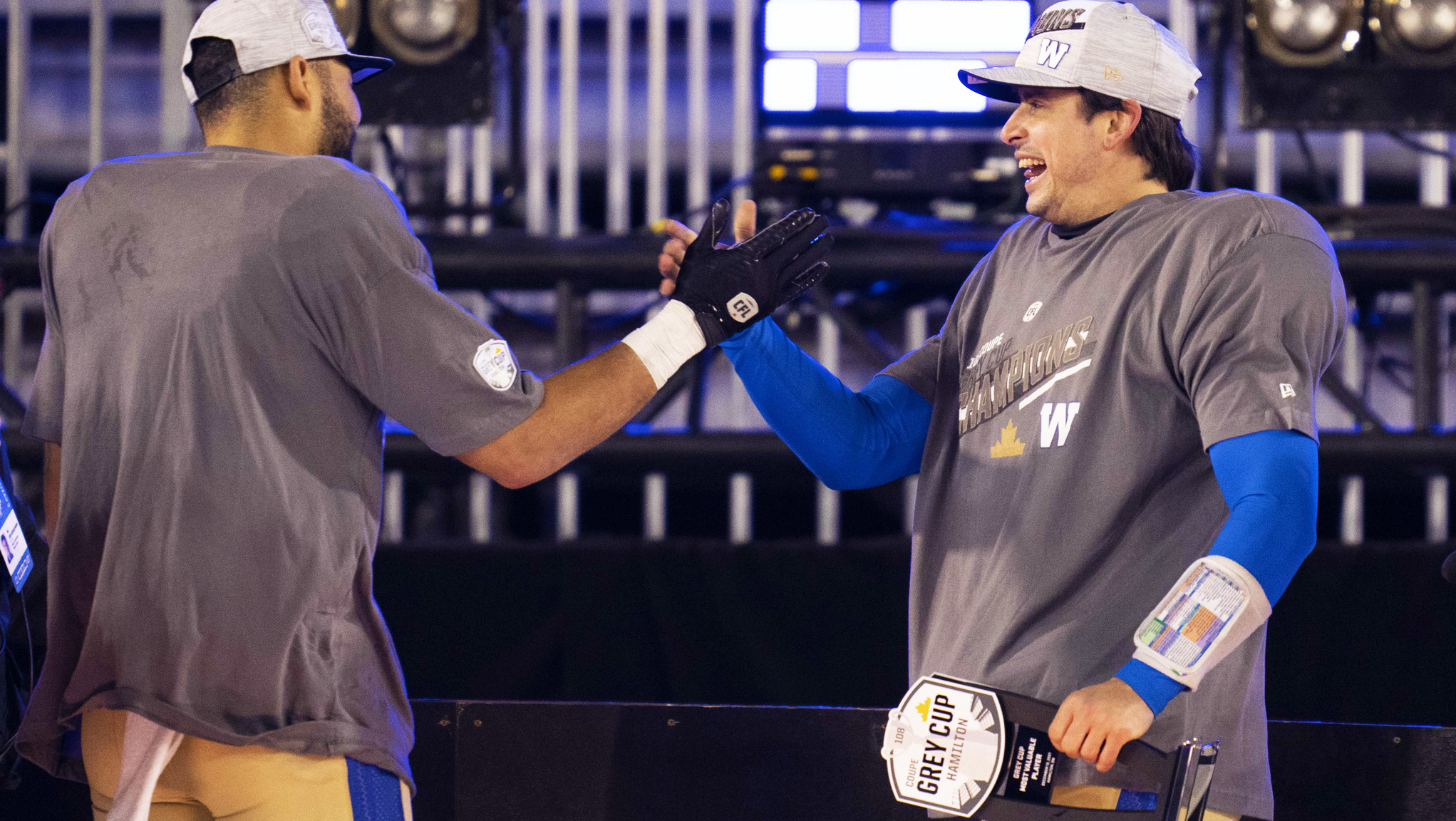 HAMILTON — Zach Collaros has been named the 108th Grey Cup’s Most Valuable Player.

Fresh off a Most Outstanding Player nod, Collaros and the Winnipeg Blue Bombers rallied back to earn their second Grey Cup title in a row.

After throwing a pair of interceptions in the third quarter to Hamilton’s Kameron Kelly, Collaros and the Bombers’ offence tightened up. Feeding the Ticats defence a heavy dose of Andrew Harris in the run game and the plethora of talented Bombers’ receivers, Winnipeg began to find their rhythm.

Down 22-13 in the fourth quarter, Collaros connected with Nic Demski for a 46-yard score to bring the Bombers within striking distance.

With a last-minute field goal by Hamilton’s Michael Domagala knotting the game up at 25 apiece, overtime was required to settle the outcome. Collaros found Darvin Adams in the end zone for the deciding touchdown and finished the game with 240 passing yards, two touchdowns and two interceptions.