VANCOUVER — It was a sudden move that created an interesting ripple effect for the BC Lions.

In the wake of Michael Reilly‘s retirement, the Lions are dipping their feet into unchartered waters for the 2022 season. That’s not a bad thing. In fact, what’s emerged in the post-Reilly era is something that’s kind of fascinating.

When Reilly announced his retirement in January, the Lions lost one of the top pivots the league has seen in the last decade. It also marked the departure of one of the league’s heaviest contracts. That’s where having faith in a young QB gave Lions’ co-general managers Neil McEvoy and Rick Campbell some unique flexibility.

With Nathan Rourke on his rookie contract, and by bringing in a young backup in Michael O’Connor, the Lions have spent less where every other team in the league has spent more. That’s allowed them to spread the wealth out across the board, or depth chart, for our purposes.

While we’re only into rookie camps and everyone sits at 0-0, this is a good time to look at what the Lions have and wonder: Could this be the league’s most interesting roster? 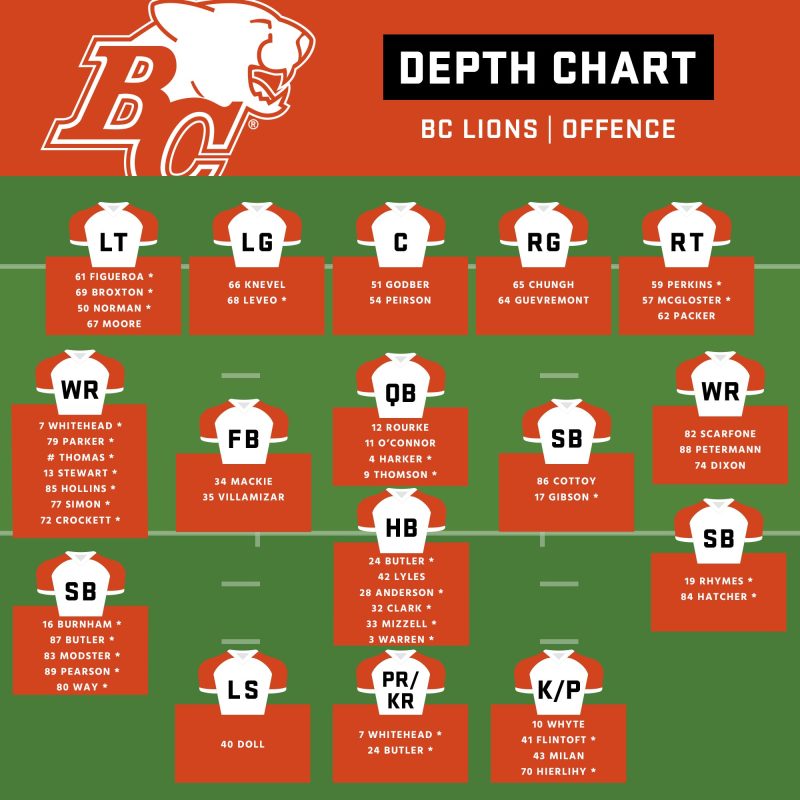 McEvoy and Campbell have certainly taken an interesting approach to what they’ve built. That of course, starts on offence with Nathan Rourke. The soon-to-be 24-year-old was thrown into action in the season opener last year and saw his play time increase through the team’s final stretch of the season. With Reilly dealing with an elbow issue through much of last season, Rourke also got a lot of first-team reps in at practice, so there should be something to build on with his targets this season which, we’ll add, are plenty talented.

Lucky Whitehead emerged as a dual threat star last season and paired perfectly with the dependably excellent Bryan Burnham. Jevon Cottoy had a good 2021 (39 catches, 519 yards and three touchdowns) and still has a ton of potential to tap into. Then there’s Dominique Rhymes, who put up 411 yards and a touchdown in eight games last year, after topping the 1,000 receiving yard mark in 2019 with Ottawa.

On the ground, the Lions will look to James Butler, another dual threat player, to carry the rushing game for them. He had 497 yards on 101 carries for two touchdowns in 11 games last year and added 243 receiving yards and a touchdown.

The offensive line should consist of starters that all have familiarity with each other. The Lions were in the middle of the pack last year in terms of sacks allowed (fourth, 35). A healthier Joel Figueroa, who played in 12 of 14 games last year but dealt with injuries much of the way, would make a big difference this year. On the other end of the line stands all six-foot-five and 305 pounds of Kent Perkins, who picked up the Lions’ nomination for outstanding offensive lineman last year. QB protection will be essential for Rourke, who will no doubt have his ups and downs as he becomes a full-time starter in the CFL.

The kicking game posed problems for the Lions last year, so McEvoy and Campbell addressed that in free agency, prying a veteran away from Edmonton, picking up Sean Whyte. As we mentioned above, Whitehead remains a tremendous return threat and thrives on breaking a few tackles and kicking it into another gear when he hits some open field. He’ll be fun to watch any time he gets the ball in his hands. 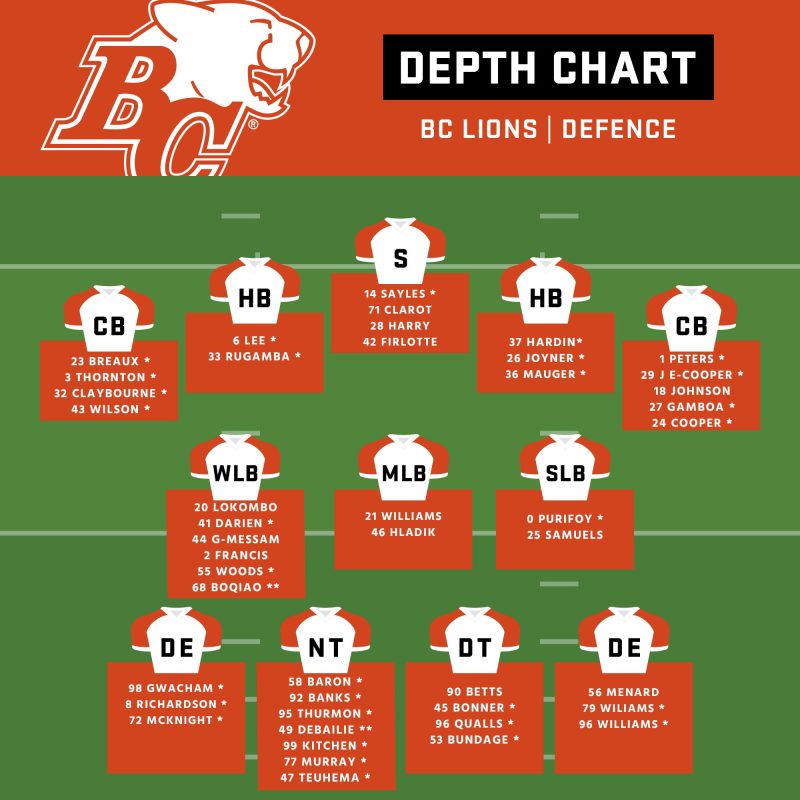 We jump from one sore spot of 2021 (kicking), to another that was addressed in the off-season and that’s the defensive line. The Lions were last in the league in sacks made in 2021, with just 23 (for reference, Montreal led the league with 49). McEvoy and Campbell went straight to that top source in the league in free agency and got Woody Baron (six sacks) and David Menard (eight sacks) away from the Alouettes.

Mathieu Betts had a down year in Edmonton, getting blanked on sacks. The No. 3 pick in the 2019 CFL Draft will look for a fresh start with the Lions. Amidst the statistical doom and gloom for the d-line last year, Tim Bonner proved to be a great find. The Last Chance U star had 22 tackles, five sacks and a forced fumble in his debut season with the Lions.

While lots of attention will be heaped on the two Canadian quarterbacks that lead the offence, the Lions hit it big with a pair of Canadian linebackers leading their defence. Bo Lokombo was named the league’s Outstanding Canadian in 2021 and Jordan Williams, the top pick in the 2020 CFL Draft, came away as the league’s rookie of the year. Working free agent signing Loucheiz Purifoy into that linebacking corps should only make the unit stronger this year.

Delvin Breaux Sr returns to CFL action after sitting out the 2021 season. A two-time league all-star and a three-time CFL East all-star, Breaux brings his shutdown ability out West to a talented Lions’ backfield. Paired with the likes of T.J. Lee, Marcus Sayles, KiAnte Hardin and Garry Peters, the Lions should be well equipped to make life difficult for opposing receivers.

If it all works out, the Lions will have spent less at what’s generally the most expensive position on the field and spread it to the rest of the roster. Should they have a great deal of success this year, bringing back this widespread and talented core could prove difficult for future seasons. We can safely bet that those are problems that future Neil McEvoy and Rick Campbell would happily take on.