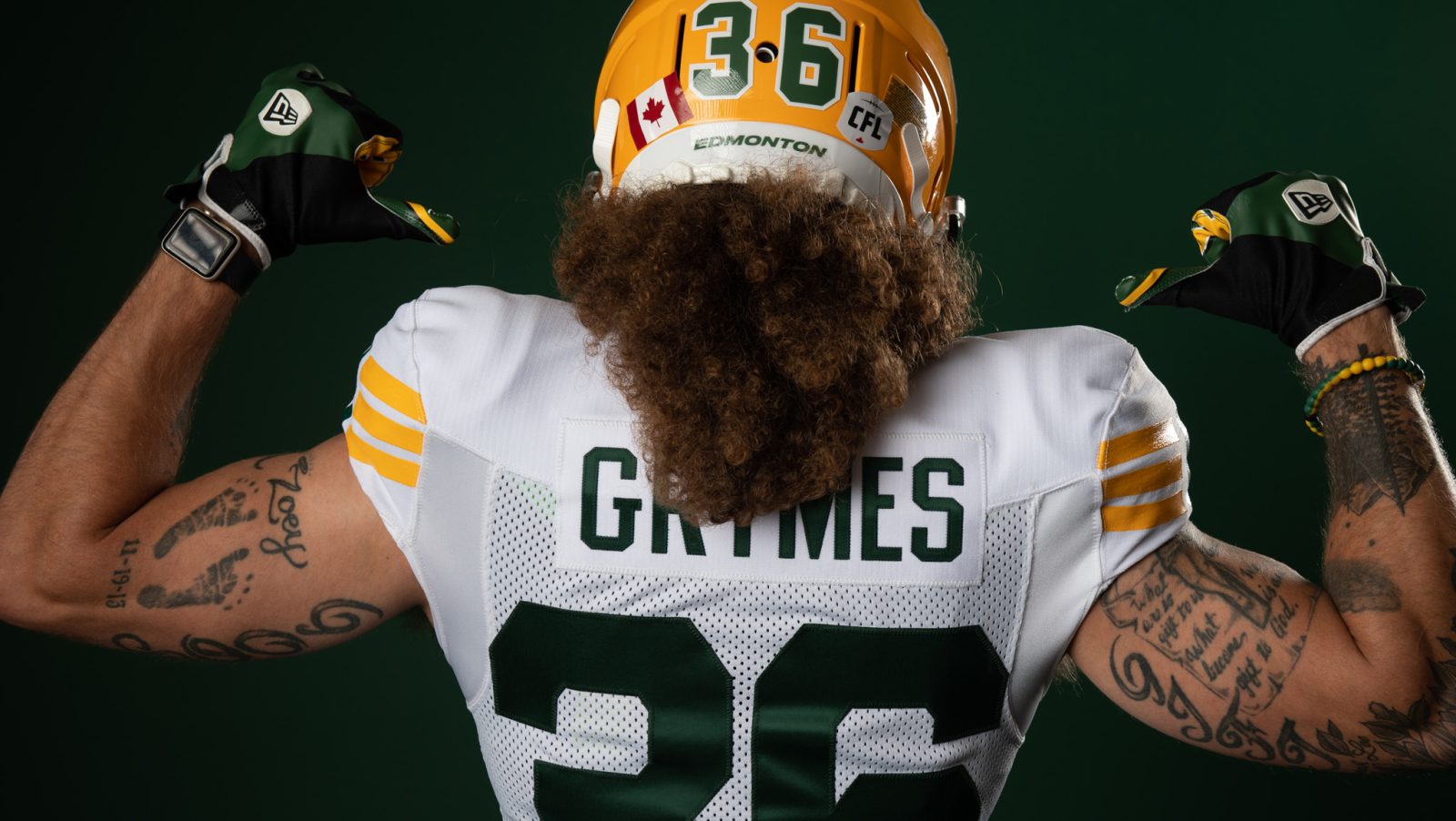 EDMONTON — With help from the next generation of Canadian football talent, the Edmonton Elks unveiled a new look Friday, as the Club revealed fresh home and away jerseys for the upcoming CFL season.

On the front of each jersey is the team’s ‘ELKS’ wordmark. After sporting ‘EDMONTON’ across the front of the jersey last season, this will be the first time the team’s new name is featured on its uniform.

Making its debut on both the Elks home and away jerseys is the team’s antler logo. The mark, which represents community, features prominently on both jersey’s sleeves and pants.

While the logo on the sleeve is new to the Green and Gold, the striping is familiar to fans of the Double E. Three stripes adorn both the home and away jersey sleeves, harkening back to the Club’s most successful period during the 1970s and 1980s, including the team’s five-in-a-row Grey Cup run from 1978 to 1982.

The entire look is capped by the return of the highly popular Double E on the team’s helmet, which binds the past with the present.

As a proud community-owned team, the Elks were honoured to welcome four local high school players to participate in the jersey unveil shoot. The players, who represent each division of football within Metro Edmonton High School Athletics, got the full pro football photoshoot experience earlier this month.

Design of the jersey coincided with Edmonton’s rebrand last year, as the team partnered with New Era to bring something fresh to The Brick Field at Commonwealth Stadium.

The new jerseys are available for purchase right now at the Elks Team Store both in-person at the Commonwealth Community Recreation Centre, as well as online.

Elks fans will get their first look at the team’s white jerseys this pre-season, as the Green and Gold will wear them both on the road in Winnipeg on May 27, and at home on June 3 against the Calgary Stampeders.