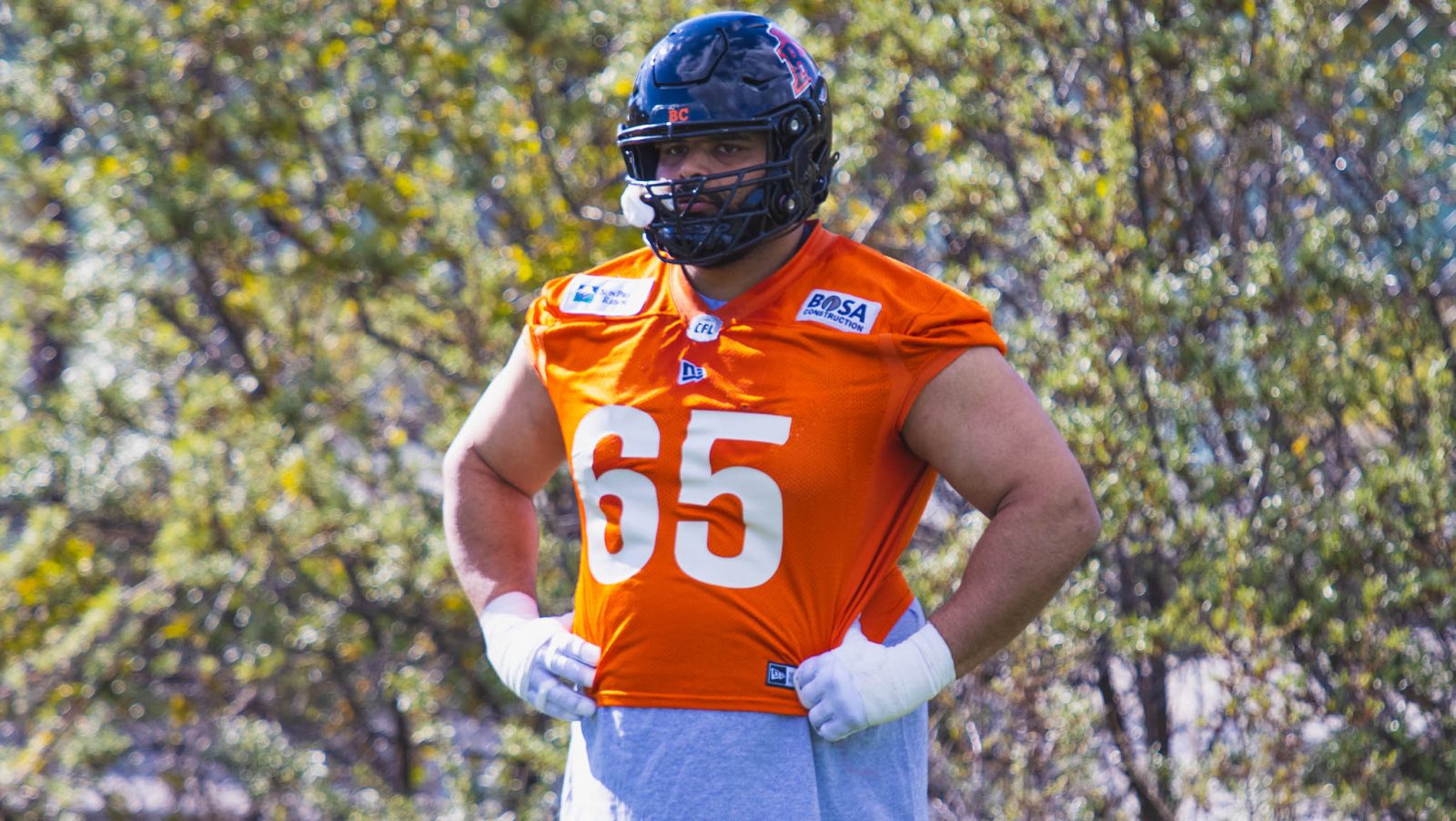 It is for certain that Sukh Chungh is inspiring young Canadians of all cultural backgrounds to play football.

The veteran offensive lineman, heading into his third year with the BC Lions, is a good player. And good players just naturally inspire, capturing the imagination of those in the generation coming up behind them.

That he is an inspiration for young football players of South Asian descent is also a certainty, even if Chungh is too modest say so himself. Not until you press him on it a bit. Then he agrees, but in more general terms.

“I would think so,” said Chungh, asked if his presence could be motivating for kids of Indian descent. “Having a guy with a name like mine…you get to see someone that looks like yourself.”

That has great value and Chungh knows it firsthand.

Born in British Columbia to parents that had emigrated from India and put down roots in Port Coquitlam, BC, Chungh had his own South Asian football hero to look up to as he dipped a toe into the world of Canadian football as a grade nine student. Similarly, it was an offensive lineman who played for the Lions at the time.

“When I was growing up, a big thing for me was watching Bobby Singh play,” said Chungh of the former CFL and NFL offensive lineman. “Did a lot for me.”

Singh, who was born in Fiji but grew up in Richmond, BC, signed with the Calgary Stampeders in 2002 and played two seasons there before playing the next three with the Lions, winning a Grey Cup in 2006.

Chungh was in a formative time then, just 10 years old when Singh first signed with the Stamps. He was just becoming a teenager when Singh was starring for the Leos. “To know a guy who comes from the same background as me was playing professionally, it just made me realize, hey, this is possible,” he said.

Inside the locker room, Chungh said, the only thing that really matters is performance. “It doesn’t matter the colour your skin or your background or anything. It just matters that can you do your job properly. Are you a good teammate, you know, a respectful person and all that kind of stuff?”

That’s once you’re there, though. Feeling that it’s a world you belong in, a world where you can be accepted and one in which you can excel?

That takes trailblazers who can light the way for a kid who might otherwise not see the possibility.

That’s what Singh was for Chungh. And what Chungh is, now, for the youngsters who now watch him play.

Chungh thinks things have been slowly changing since the days he was playing for Terry Fox High Secondary in Port Coquitlam, and that more and more youngsters of South Asian descent are taking up the game.

Football has not been, he says, a big part of Indian culture and certainly was not when he was a kid. “I wouldn’t say it’s a huge part of an Indian household to watch football games,” said Chungh. “I would love to see it grow more in our community. And that’s a big initiative for me with the BC Lions.” 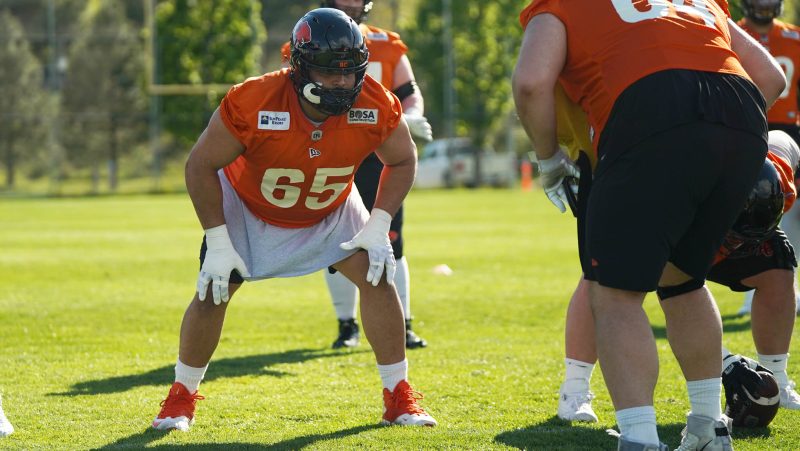 As he takes part in his seventh CFL training camp, Chungh continues to see interest in the game growing in the South Asian community (Photo: BCLions.com)

In touring the province the past few years, giving instruction to young players at various football camps, Chungh says he has noticed a difference. That the seeds have been sprouting.

“I have seen a ton of South Asians,” he said of the young football players he’s met in his travels throughout BC’s lower mainland. “I’ve seen more. I’ve seen it grow.”

That growth, Chungh figures, is set to gain momentum. Not just in BC. And not just because of inspiration coming from the playing field either.

There are two very influential Canadians of South Asian ancestry in powerful positions with both the Lions and the Edmonton Elks.

Businessman Amar Doman, the president and CEO of Futura Corporation, bought the Lions last summer. Victor Cui — who was instrumental in building the mixed martial arts giant known as ONE Championship as founding CEO — took over as president and CEO of the Elks in January.

“Amar’s gonna be great owner,” said Chungh. “The energy he brings. Just having him, as a South Asian guy, it does a lot for the community.

“Vancouver is very diverse place. Same with Victor over there in Edmonton. I’m sure having him at the helm there does a lot for their community as well, bringing all different types of cultures to the games.

“I think there’s always room to grow,” added Chungh, of enlarging the team’s and the league’s fan base.

“We’ve definitely taken steps in the right direction. I’m excited for the future and it seems to be that we are going to put a lot more effort into reaching out to those communities who might not know what the CFL is and getting them to come to more football games.”

Bobby Singh provided something with which a young Sukh Chungh could identify, a decade and a half ago. Now, as he patrols the line of scrimmage in black and orange the way his boyhood hero once did, Chungh is providing the same kind of motivation for someone else.

“If I’ve done that for anybody, that’s the main goal,” he said. “Doing all this is to inspire anyone who’s thinking that they can play football professionally, that they can do it.”