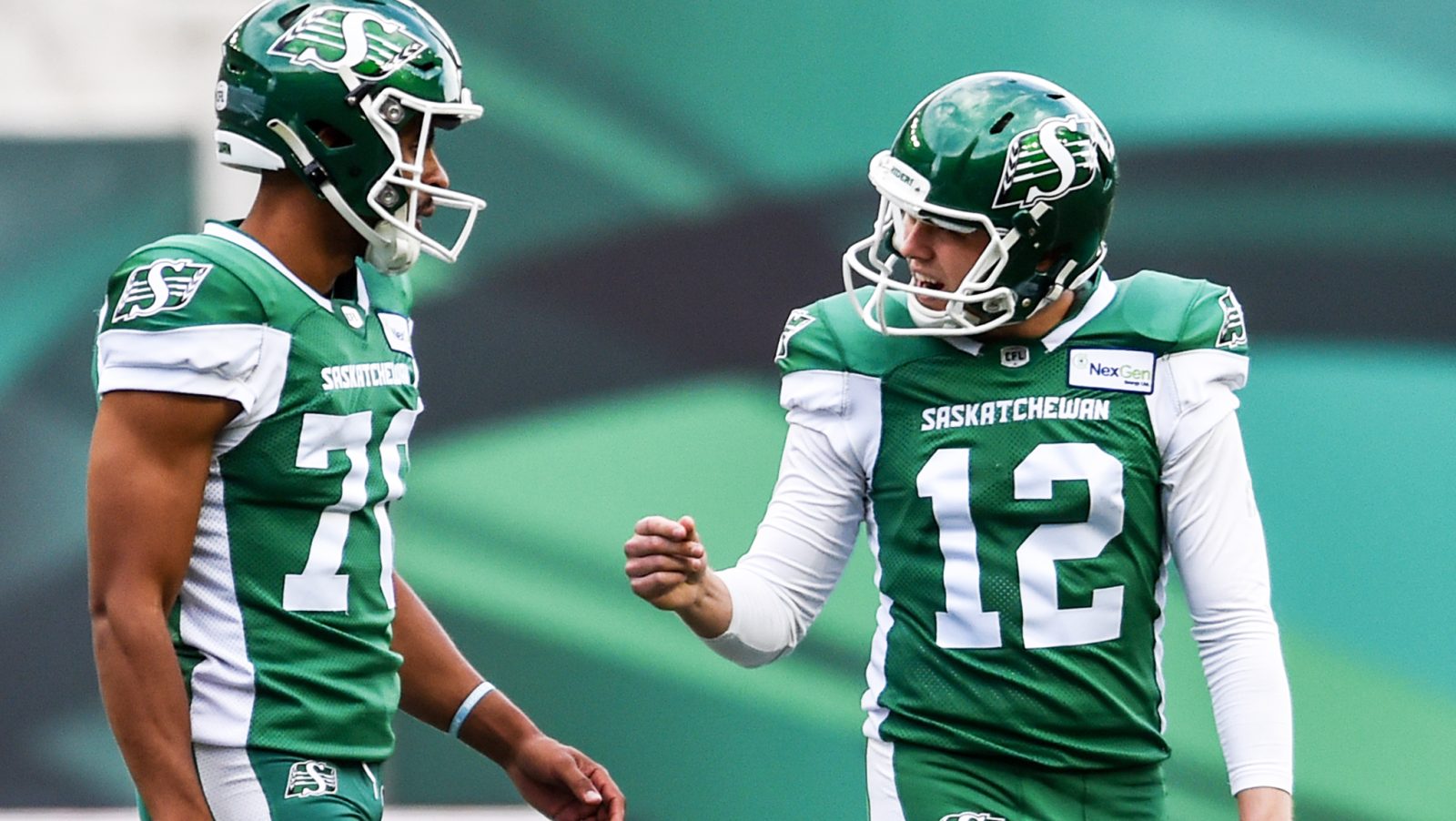 REGINA – It was a defensive battle and a kickers showcase in the Queen City Saturday night as the Riders opened their season with a 30-13 win over the visiting Hamilton Tiger-Cats.

It took until the final frame for the majors to come. Hamilton would score the first of the game with a 71-yard touchdown by Steven Dunbar from Dane Evans. Saskatchewan would answer right back with Kian Schaffer-Baker finding the end zone.

Less than a minute later, after capitalizing on an interception by Derrick Moncrief the Riders would find the end zone again as Fajardo dove across the line. A successful two point convert put the home team up by seven.

Brett Lauther went five-for-five as the only point scorer for the Riders through the first three quarters.

Michael Domagala made two of his three attempts through the uprights, including a 52-yard field goal to get Hamilton on the board.

RELATED
» Through the Lens: Hamilton at Saskatchewan
» Box Score: Riders, Ticats by the numbers
» Riders offence comes alive in fourth to secure win 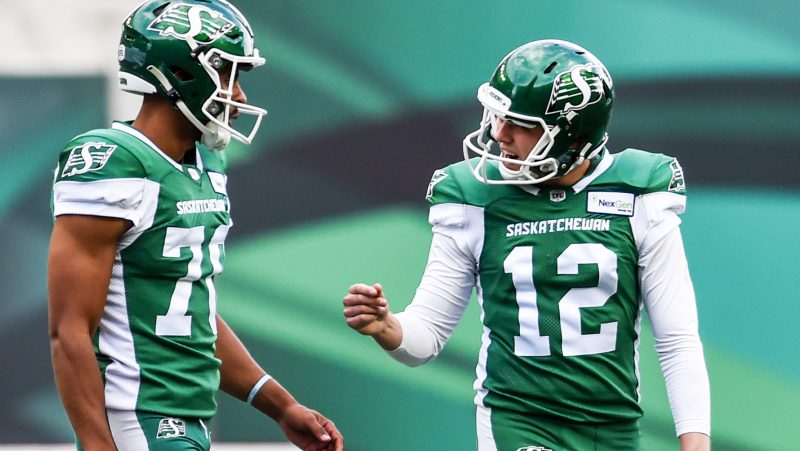 Saskatchewan’s defence set the tone early in the game with back to back turnovers. Defensive lineman Pete Robertson had a strip sack on Evans on Hamilton’s opening drive. As a result of the turnover, Saskatchewan’s offence would come away with a 13-yard field goal by Brett Lauther.

On Hamilton’s next possession, Nick Marshall intercepted Evans at mid-field.

The defensive battle continued in the opening half, with neither team able to find any kind of rhythm.

Michael Domagala got the Ticats on the board with a 52-yard field goal.

Fajardo connected with Jamal Morrow for back to back plays, including a 30-yard catch and run, to bring the Riders within field goal range.

Lauther re-gained the lead for the Riders with a 48-yard field goal and sent the home team up 6-3 headed into the half.

The second half started the same as the first; with a turnover, this time in favour of the Ticats.

Hamilton would make the most on the opportunity, when Evans found Steven Dunbar at the back of the end zone for a touchdown. The Ticats’ first lead of the game was short lived when a holding penalty was called on the offensive line, negating the touchdown. On the next play as the Ticats attempted to find the end zone once again, Evans was sacked and then found Jake Burt for a five-yard gain, setting up a Domagala field goal from 25-yards out that tied the game.

On the following drive, Fajardo connected with Shaq Evans for 41 yards and Kian Schaffer-Baker showed off circus-like moves as he hurdled over Hamilton defenders.

Saskatchewan was once again held within field goal range as the special teams showcase continued when Lauther lined up for a 30-yarder and took back the Riders’ lead 9-6.

Duke Williams and Fajardo tried to spark the offence with a 24-yard catch but a stingy Hamilton defence forced the special teams unit out once again. Lauther would make it four-for-four with a 39-yard field goal to put the home team up by six.

In the fourth quarter, the Riders would make it a two possession game with another Lauther field goal, a 41-yarder and his fifth of the night.

Hamilton would not go down without a fight, however, when Evans found Dunbar for a 71-yard touchdown, and the first major of the game, to cut the lead down to two.

Saskatchewan would answer with their a touchdown of their own, a 20 yard catch from Schaffer-Baker, with under three minutes to go.

As Hamilton looked to take back the momentum, Derrick Moncrief had other ideas with an interception at Hamilton’s 40-yard line. Moncrief was taken down at the one yard line which set up Fajardo’s one-yard plunge for the Riders’ second major of the game.

Matthew Shiltz came in for the final minutes of the game and the game ended the way it started; with a defensive play as Charleston Hughes wrapped up the quarterback for the sack.

Next up for the Riders is a date with the Edmonton Elks on Saturday while the Tiger-Cats will will host the Calgary Stampeders next Friday.