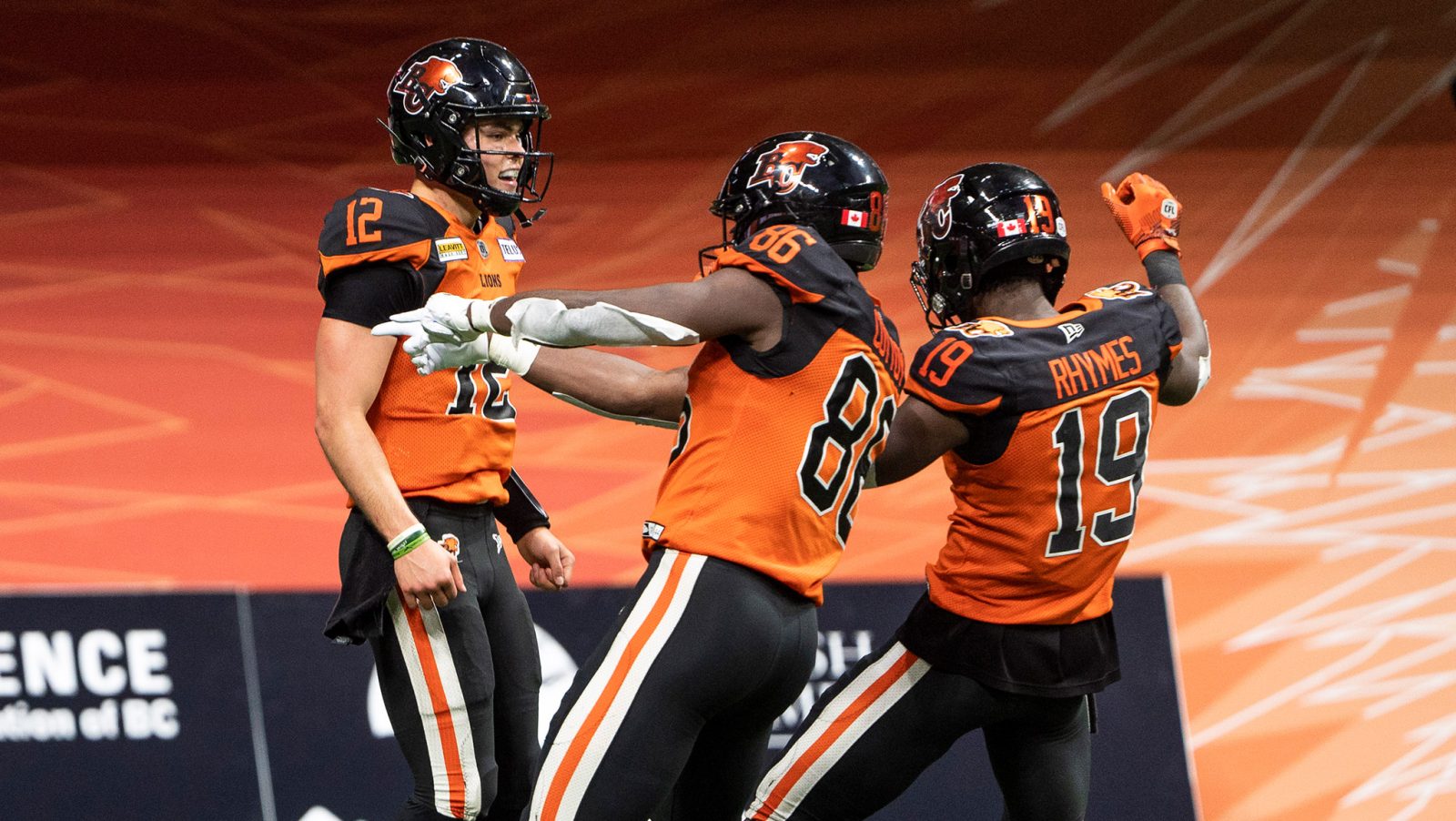 TORONTO — A bold strategy this week paid off in a big way for RALPH.SICILIANO (145.3) as a number of BC Lions helped the team win Week 3 of CFL Fantasy.

Nathan Rourke (34.9) and Dominique Rhymes (34.3) were the team’s highest scoring players and combined for the majority of the teams points with 69.2 fantasy points.

Entering Week 3 of the season, RALPH.SICILIANO must have had an inclining that BC was in for a big night as the rest of roster was constructed exclusively using Lions players.

Rourke led the charge for RALPH.SICILIANO’s fantasy attack this week. The Lions quarterback completed 39 of his 45 passing attempts throwing for a record breaking, 436 passing yards and four touchdowns in the contest. The second-year quarterback also added 15 rushing yards on three attempts.

Rhymes was the leading receiver for both the BC offence and RALPH.SCILIANO’s fantasy team. The veteran receiver hauled in all eight of his targets for team-high 143 yards and two touchdowns in their win over Toronto on Saturday.

RALPH.SICILIANO continued to work the BC receivers to his advantage, pairing Rhymes with Lucky Whitehead (18.6) and Jevon Cottoy (20.1). Whitehead led the Lions in targets, catching nine of his 10 targets for 87 yards, while Cottoy  caught seven of his nine targets for 71 yards and a touchdown.

At the running back spot RALPH.SCILIANO chose to run with David Mackie, which certainly paid dividends for their fantasy roster. Mackie carried the ball 16 times for 90 yards and scored on the goal line late in the game for BC. The running back also added another 14 yards on two catching in the passing game, collecting 18.4 fantasy points for his efforts.

Rounding out RALPH.SCILIANO’s roster was the BC defence, who had another impressive showing in their second week of league action. The Lions defensive unit was able to finish the week with 19 fantasy points, totalling four sacks, two interceptions and forcing two fumbles, while allowing just three points against.