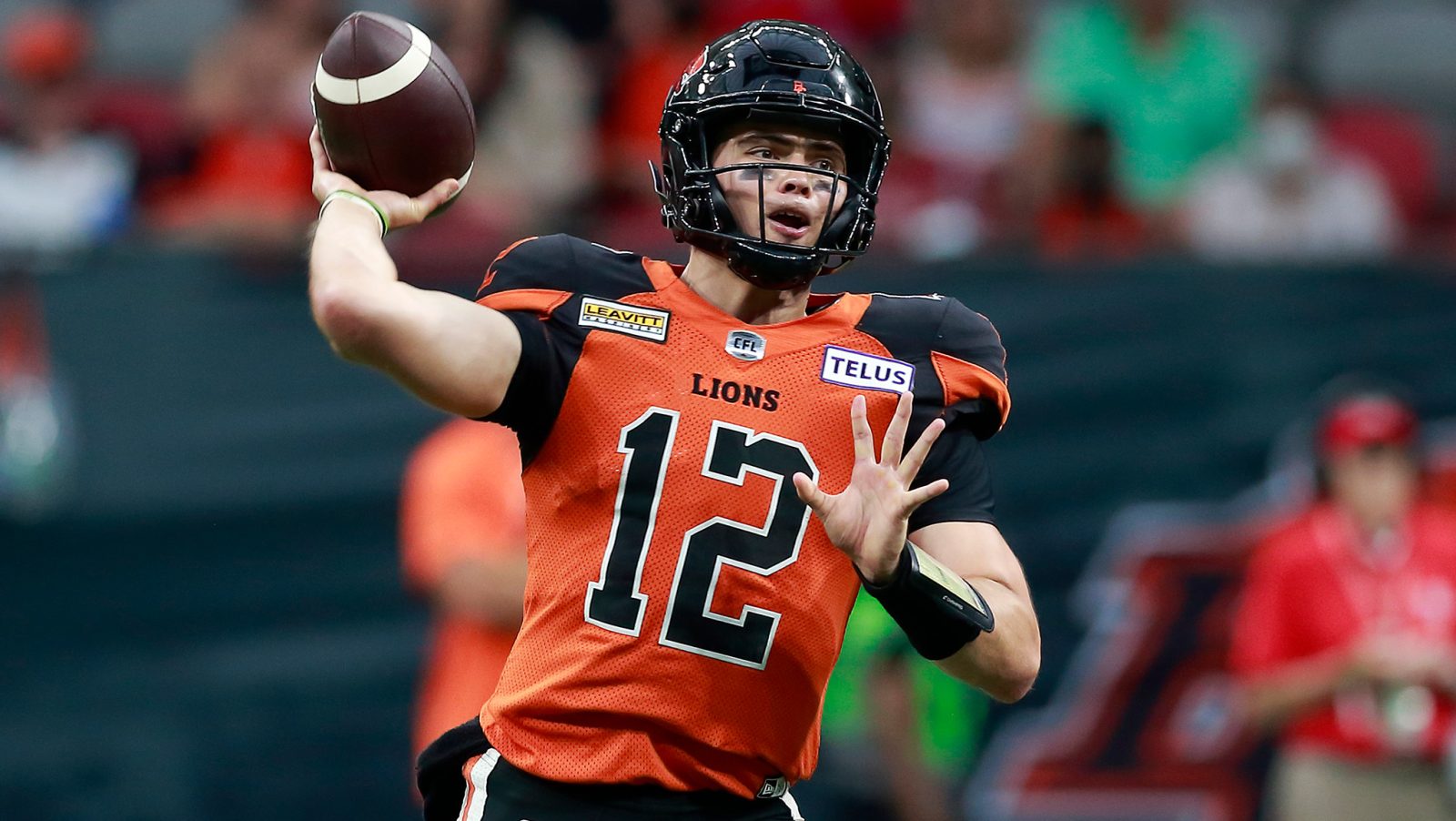 VANCOUVER — The BC Lions recorded their lowest point total of the season, yet still came away with a 17-12 win over the Hamilton Tiger-Cats to close out Thursday night’s double header.

Despite the low margin of scoring, BC quarterback Nathan Rourke still managed to put together a respectable performance and help his team to a win in Week 7. The young quarterback completed 22 of his 30 passing attempts, throwing for 250 yards and two touchdowns.

However, Rourke did throw two errant passes that resulted in interceptions, the BC offence also appeared to have an uncharacteristically difficult time moving the ball at certain points through out the game, something the young acknowledged in a post game interview with TSN.

“You know to be honest, the way I feel right now is that I don’t feel I played well enough to win this game,” said Rourke. “I thought our defence did a great job, they’ve got so many weapons and they did a really good job holding them to 12 points.”

RELATED
» Box Score: Ticats, Lions by the numbers
» Through the Lens: Ticats at Lions
» Recap: Lions claw past Ticats in Thursday night battle
» Watch: Lucky Whitehead gets his first TD of the season

Despite surrendering 414 yards of offence, the Lions defence kept the ticats out of the end zone allowing just 12 points and one touchdown in their win over Hamilton.

Rourke feels that the loss to Winnipeg helped to spark the performance from the BC defensive unit in Week 7.

“I think they really took that Winnipeg loss to heart,” said Rourke of his defensive teammates. “They knew that wasn’t them and they really showed up big for us, that’s a great defensive win right there. Offensively we have to do a better job and that starts with me.”

BC moves to 4-1 on the season, and Thursday’s game against the Ticats will ultimately go down as a win for the Lions, however Rourke knows there is always room for improvement, and admits there is a bittersweet feeling surrounding the win.

“I think at the end of the day a win is a win, especially against a great Hamilton team,” said Rourke. “But we have to play better if we’re going to come up with wins against some of those western teams.

“I had some turnovers, missing throws that you can’t do and expect to win a football game in a professional league,” said Rourke. ” So it’s a bittersweet feeling right now.”

As they look to build on their winning record, the Lions will travel to Regina in Week 8 to take on the Saskatchewan Roughriders for the first time this year.