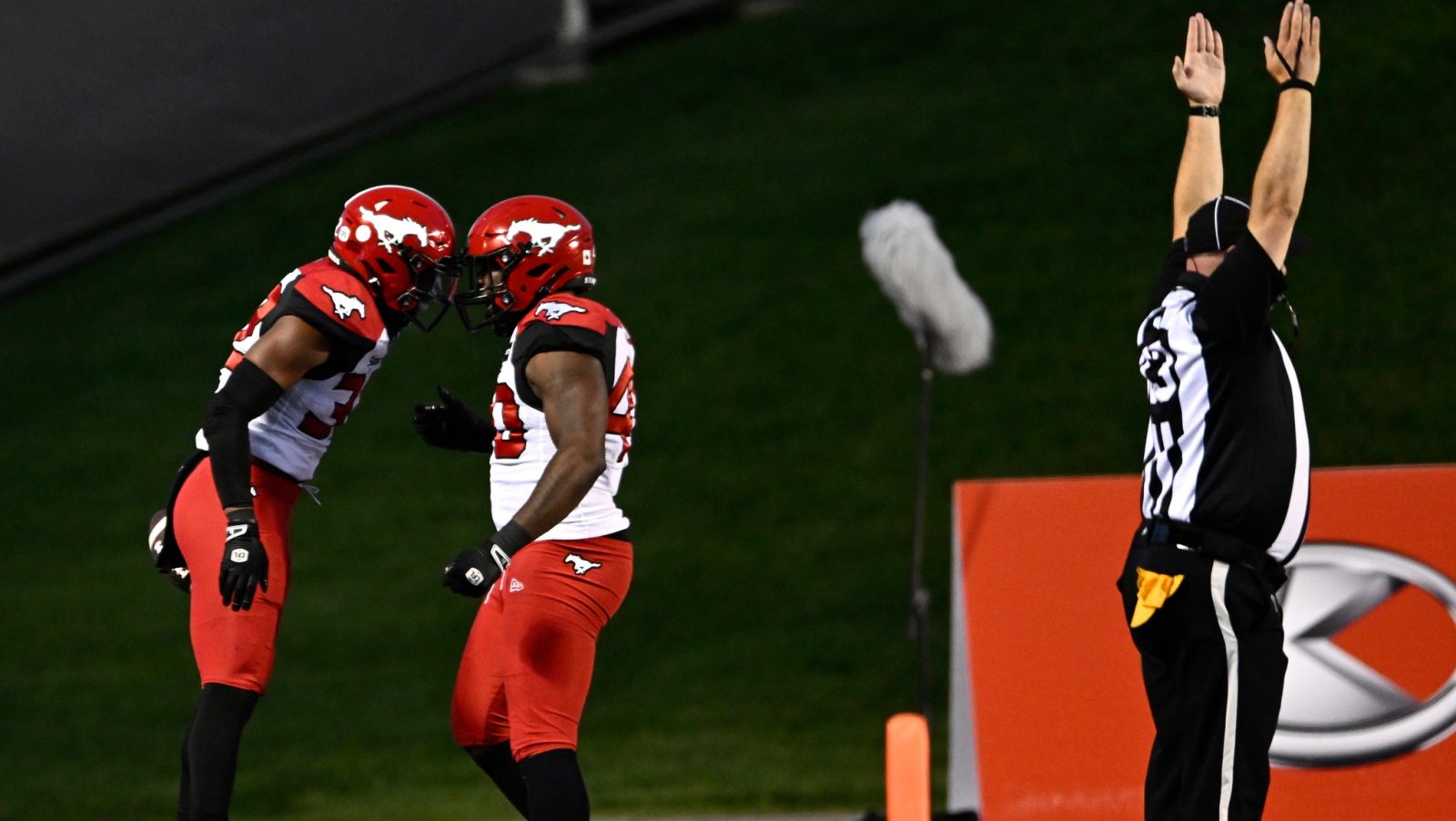 OTTAWA — Titus Wall returned an interception for a 46-yard touchdown to help the Calgary Stampeders defeat the Ottawa REDBLACKS 17-3 on Friday night at TD Place.

Calgary (5-2) snapped a two-game losing skid with the victory, while Ottawa now sits at 1-7.

Caleb Evans started under centre for Ottawa, but Nick Arbuckle replaced him in the third quarter following his second turnover of the game.

The Stamps were without head coach Dave Dickenson, who remains in COVID-19 protocols in Calgary. Special teams coordinator Mark Kilam served as the acting head coach for the game.

Both defences dictated the tone early on, with the only points in the first quarter coming on field goals of 51 and 34 yards from Calgary kicker Rene Paredes. Calgary’s defence forced seven punts in the first half alone while keeping Ottawa off the scoreboard.

Wall scored the game’s first touchdown in the final minutes of the second quarter with his first career pick-six.

The rookie defensive back intercepted a short pass over the middle intended for receiver Darvin Adams, and he evaded a diving tackle attempt from Evans on the way to the end zone for the score. Paredes kicked the convert to give the Stamps a 13-0 lead entering the second half.

Paredes extended the lead early in the third quarter with a 24-yard field goal, but Ottawa momentarily shifted momentum with a defensive turnover on the next drive.

Linebacker Shaheed Salmon intercepted Mitchell near midfield and returned the pick 30 yards before being pushed out of bounds in the red zone.

But Calgary’s defence got the ball back just two plays later, as linebacker Cameron Judge generated pressure and knocked the ball out of Evans’ hand before he could get the throw off. Defensive lineman Shawn Lemon recovered the fumble for the Stamps, but they were unable to convert the turnover into points. Arbuckle took over at quarterback for Ottawa after the fumble.

Ottawa conceded a single in the end zone early in the fourth quarter following a 52-yard punt from Calgary’s Cody Grace.

The REDBLACKS managed to get on the board with a 25-yard field goal from Lewis Ward late in the fourth quarter, but that was as close as they would get.

Wall picked off Arbuckle in the red zone with two minutes left in the fourth quarter, and Dionté Ruffin added a third interception in the final seconds to deny a late touchdown pass.

Calgary will host the BC Lions in a key divisional matchup next Saturday at 7 p.m. ET at McMahon Stadium. Ottawa will have a bye week before hosting the Edmonton Elks on Friday, Aug. 19 to kick off Week 11.