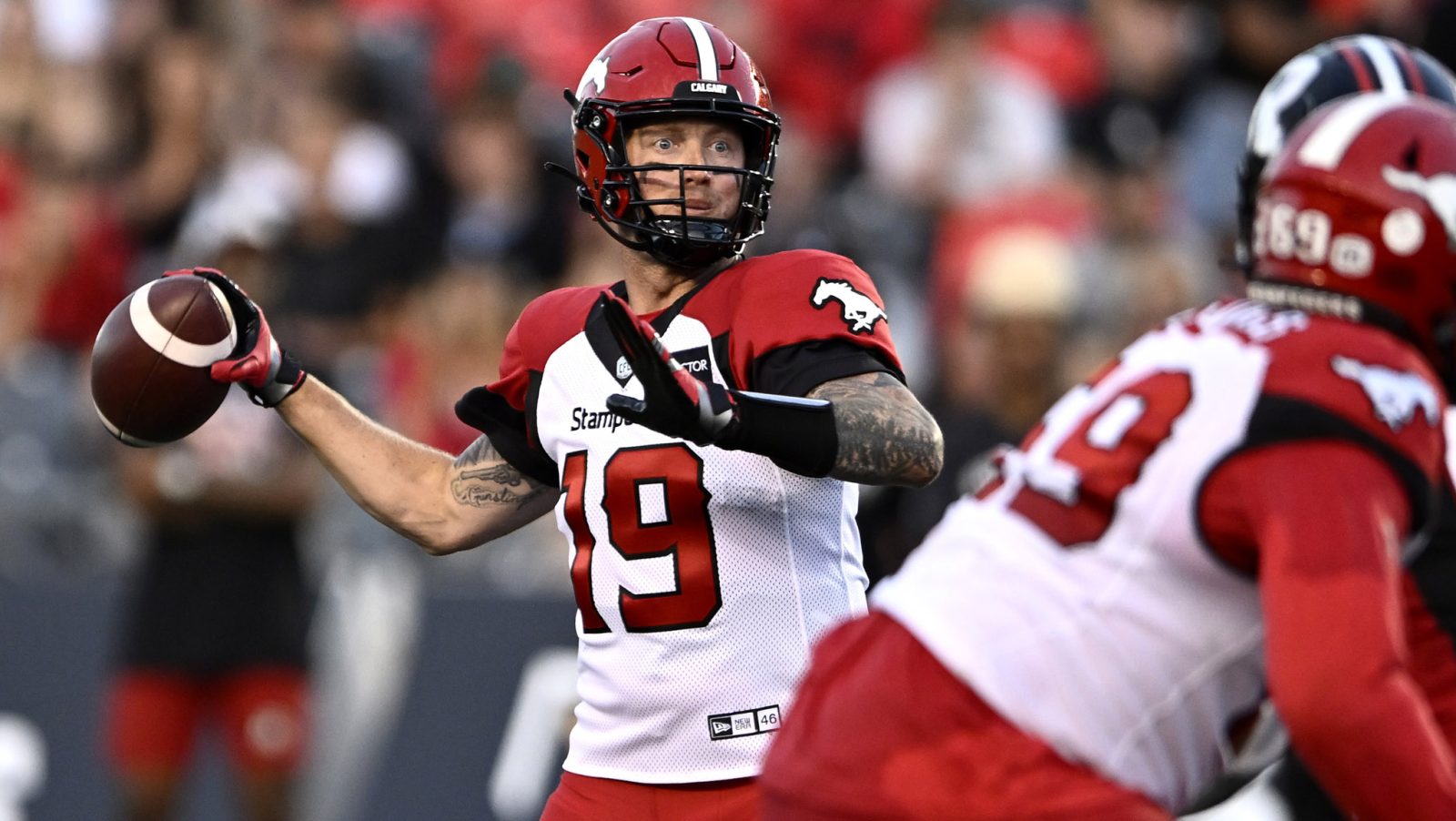 TORONTO — Week 10 is on the horizon and CFL fans should be excited for the week of football in front of them.

It all starts in Winnipeg as the undefeated Blue Bombers host the Montreal Alouettes. Will Zach Collaros and co. get their 10th win of the season or will the Alouettes hand them their first loss of the campaign?

On Friday night the Hamilton Tiger-Cats welcome the Toronto Argonauts to Tim Hortons Field as the teams play in their second of four meetings in five weeks. Last week the Argos were victorious thanks to two fourth quarter touchdowns on a blocked punt and a pick-six. The Ticats will be hoping to get their revenge with a win in front of their home fans.

Saturday night’s doubleheader begins in Calgary as the BC Lions come to town. Nathan Rourke will look to keep rolling with his Lions while Bo Levi Mitchell and his Stampeders hope to hand BC their second loss of the season.

And finally, Week 10 caps off in Edmonton as the Saskatchewan Roughriders return from their bye and travel to Commonwealth Stadium. The Elks would like to forget their Week 9 loss to the Lions as they eye a victory at home while the Riders hope to improve to an above .500 record with a win in enemy territory. 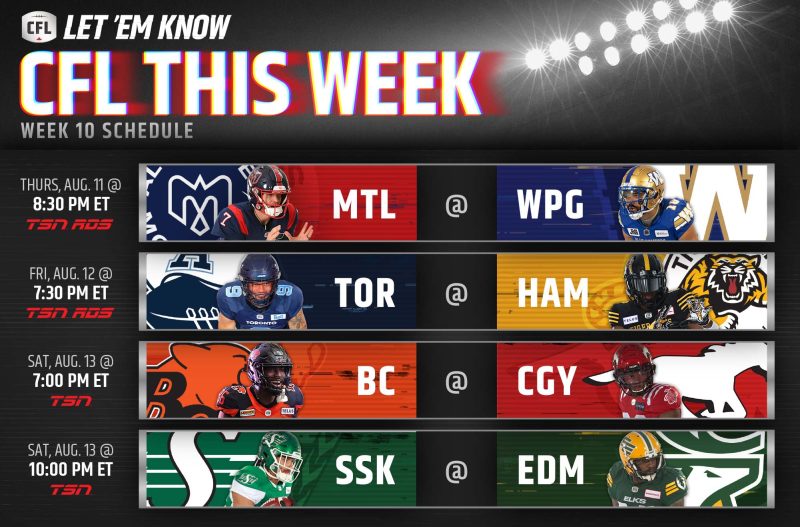