Ferguson: Pinpointing the passes from Week 10 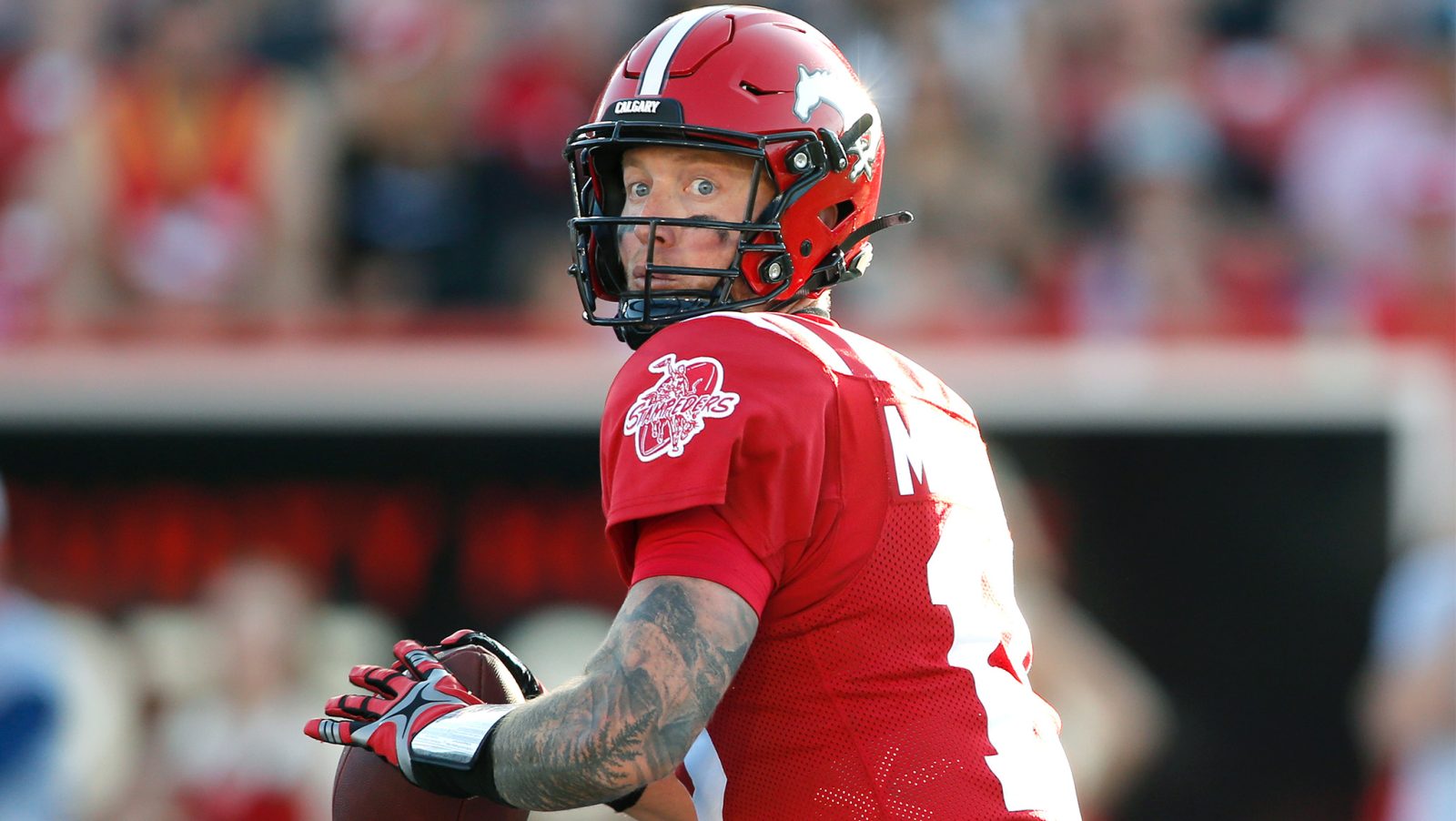 Ferguson: Pinpointing the passes from Week 10

Week 10 in the CFL saw the Winnipeg Blue Bombers finally lose a game, a home loss to an East division opponent no less. There was also a classic late game battle between the Ticats and Argos.

We saw a shootout for the ages take place in Calgary between the quick learning student in BC Lions’ Nathan Rourke and the frustrated teacher in Bo Levi Mitchell.

The week then closed out with a physical battle between Chris Jones’ old and new CFL clubs, the Saskatchewan Roughriders and the Edmonton Elks, who both relied heavily on the ground game and quarterback runs to make their gains. Let’s dive into some quarterback targets for the week that was. 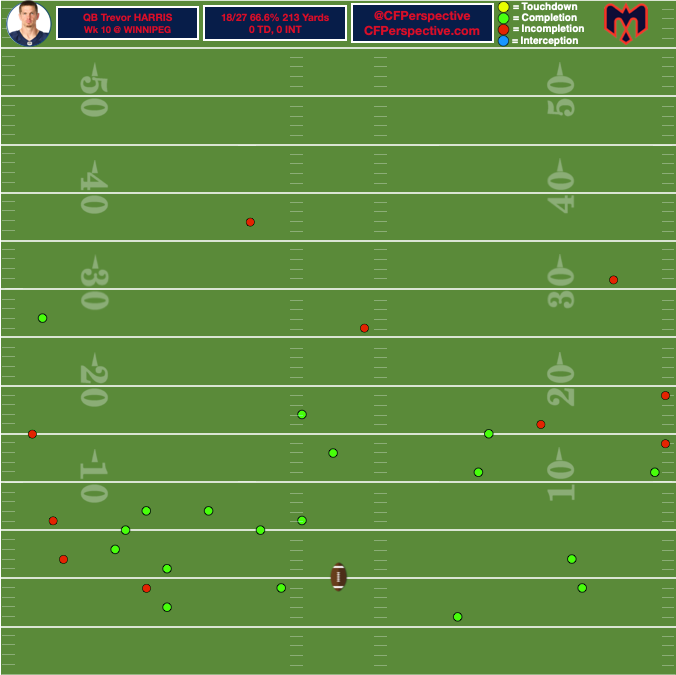 By no means did Trevor Harris blow the lid off of IG Field last Thursday with a statistical performance for the ages. What he did accomplish though, was proving you don’t need a 488-yard passing performance a la Nathan Rourke in order to take down the two time defending Grey Cup champions in their own building.

Harris worked the middle of the field with great efficiency as always and made a couple key throws while getting great support from his defence and special teams. Is that the formula moving forward? Only time will tell. 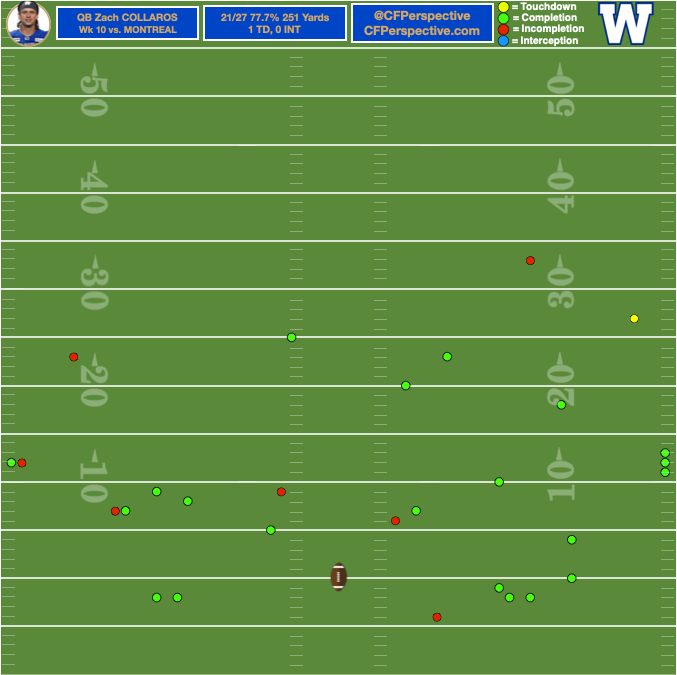 Zach Collaros dealt with a ton of pressure on Thursday night as Mike Moore led the way for an Alouettes pass rush that consistently moved him off his spot and forced a high degree of difficult throws, many of which he made because that’s just what Collaros does.

My biggest takeaway from Collaros’ first loss of the season? The Alouettes made him earn absolutely everything. Yes, with a couple made field goals this likely isn’t as large a discussion, but the effort level win or loss required by number eight was noticeably different from a Montreal defence that came to play from the first snap. 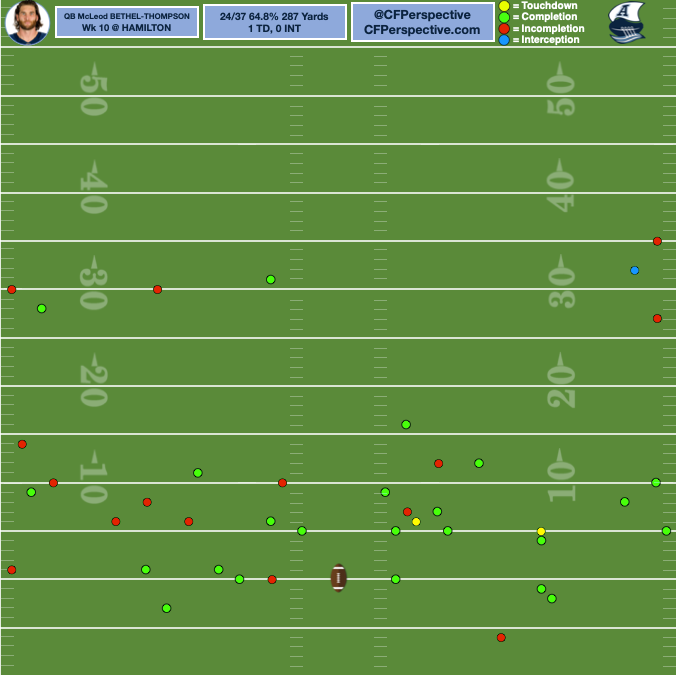 Much of the intermediate passing game has disappeared for the Argonauts in the last couple of weeks.

Perhaps that’s Ticats’ defensive coordinator Mark Washington forcing the ball short or deep, but I’d really like to see Toronto find that soft spot between zones more often over the middle of the field to change what feels like an increasingly limited variety of pass concepts that are finding success. 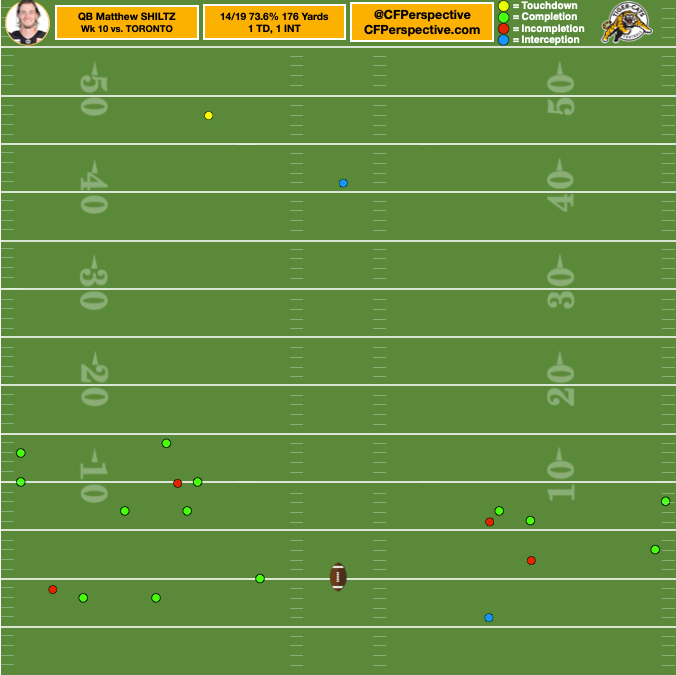 With limited experience and a role in the tandem quarterback system Hamilton has employed this season I thought Shiltz did a good job managing the game on Friday against Toronto.

The game breaking touchdown pass looked to me like an intentional throw behind that missed more than he wanted, but the end result was the score that broke open game two of their four match set in the 2022 regular season. 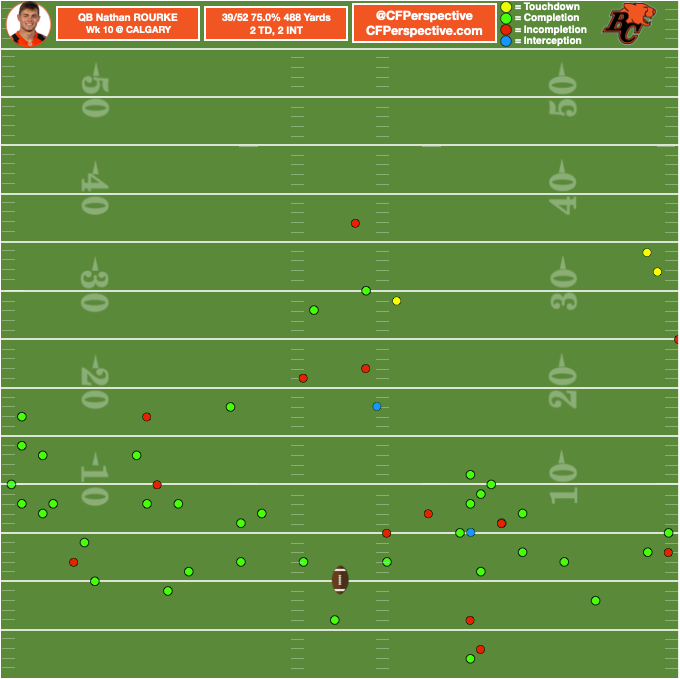 From a first half where communication errors led to a pair of nasty interceptions, Rourke flipped the switch and went hero mode in the fourth quarter against Calgary. Making just about every type of throw possible on his way to a stunning comeback victory on the road.

Throwing vertically on third down, seam balls into non-existent windows and being patient enough to check it down consistently to a backup running back to avoid bad down and distance situations were the highlight for me here amongst the myriad of green completion dots. 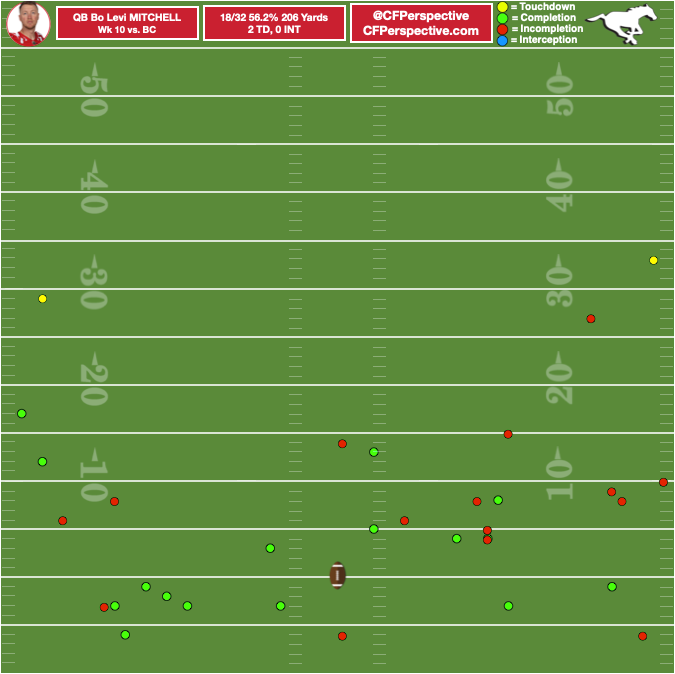 While the Stampeders were unable to close this one out it really wasn’t on Bo Levi Mitchell, who played a heck of a game and seemed to relish the chance to go head-to-head with one of the games brightest young stars in Rourke. 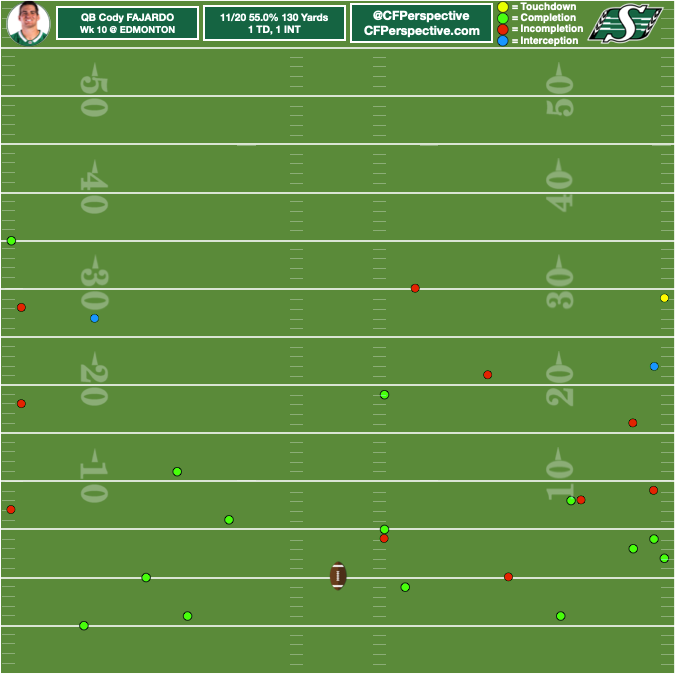 Following the win Cody Fajardo said he felt like he had his explosiveness back, and while I see an improvement in his mobility from before the bye week I really don’t see the same quarterback that took over in 2019 or dominated with his legs at times in 2021.

Of course Riders fans would prefer that Fajardo weren’t having to use his legs so much, a valid concern as the offensive line continues to struggle. Now head coach Craig Dickenson says he is looking to shuffle the deck a bit in order to find answers as Na’Ty Rodgers was released Tuesday.

From a pure throwing perspective my biggest concern is the lack of confidence Fajardo appears to still have in the deep ball. A trend that will only become more apparent with games against the Lions and Bombers in the coming weeks. 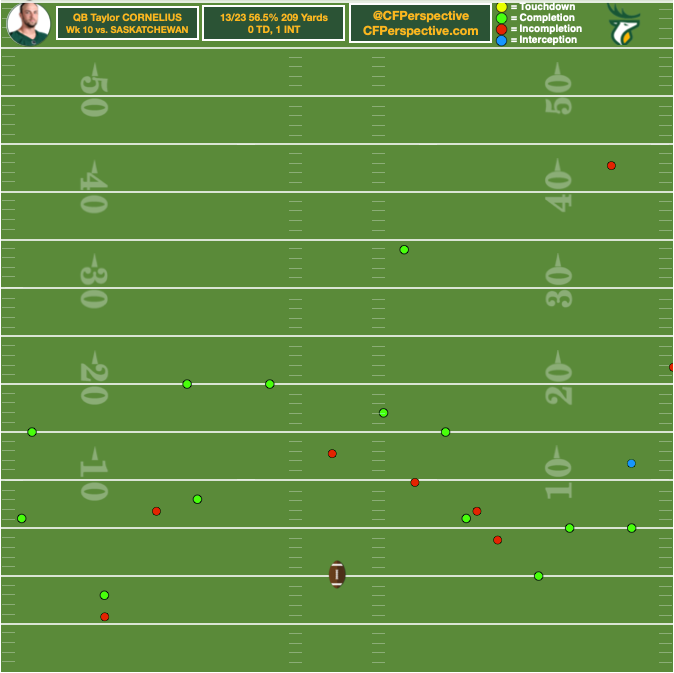 Taylor Cornelius made some nice plays with his feet in this one and had a completion percentage at deeper depths well above the league average, but Edmonton just didn’t give him enough to pull off the home victory and end the terrible streak of Commonwealth defeats.

No team in 2022 takes their turns making game changing mistakes more than Edmonton and despite a low completion percentage I think Cornelius did just enough here to win if other pieces fell into place.