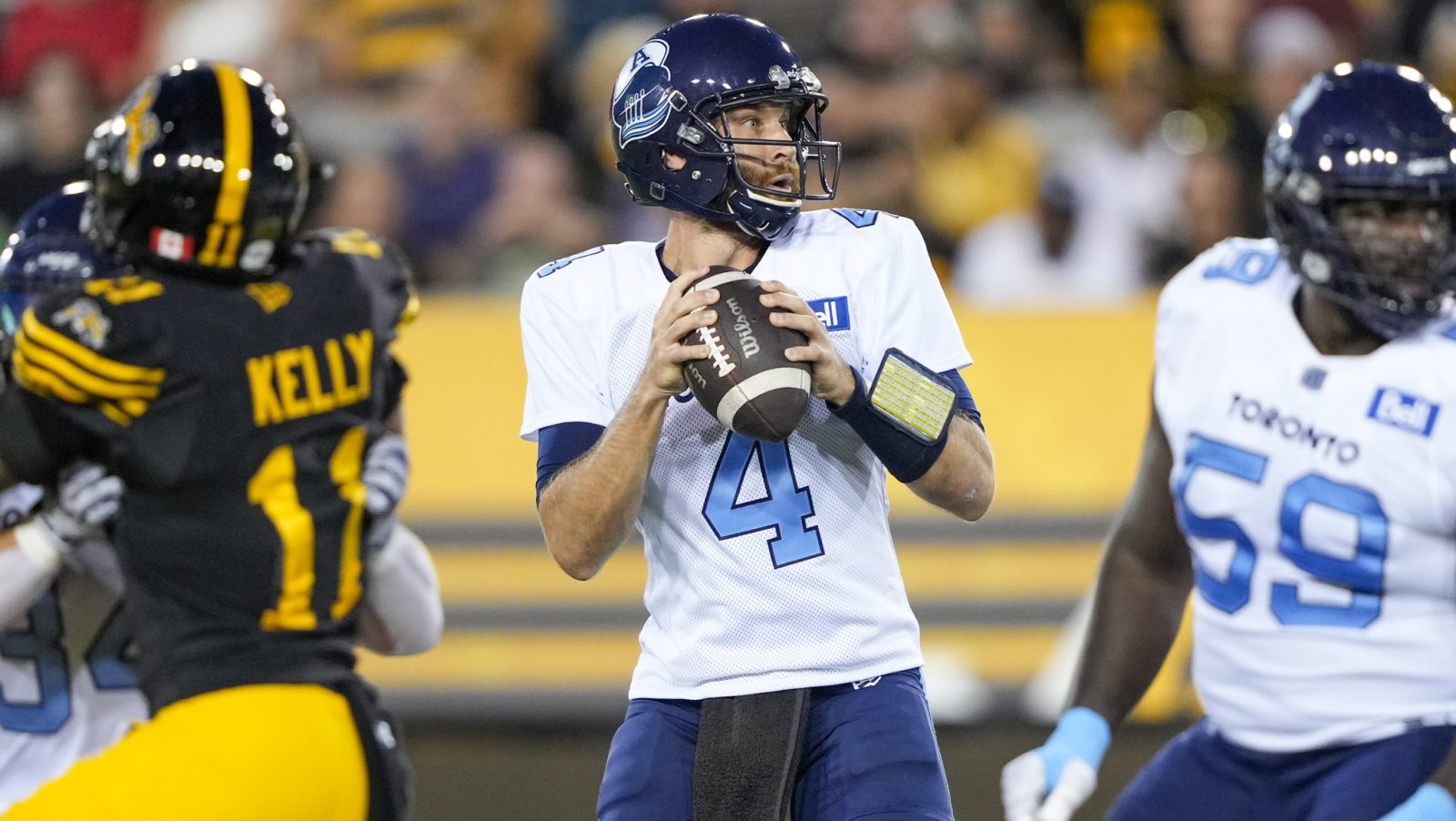 TORONTO — Week 12 in the CFL features four exciting matchups for fans across the country to enjoy.

Things start off in Winnipeg as the Calgary Stampeders pay a visit to IG Field. It’ll be Jake Maier getting the start for the Stamps this week as he hopes to hand the Bombers just their second loss of the campaign. Coming off a bye week, the Bombers will be fresh and ready to try to get their 10th win of 2022.

Friday night’s doubleheader begins in Toronto as the Hamilton Tiger-Cats arrive at BMO Field. This is the third of four meetings between these two clubs as both hope to get the best of their bitter rival. Can McLeod Bethel-Thompson lead the Argos to a win to keep their top spot in the East or will the Ticats make things interesting with a win on the road?

Things then move to BC as the Lions host the Roughriders. Nathan Rourke is out for the foreseeable future so it’s Michael O’Connor under centre for the Leos, getting his first start of the season in front of his home crowd. Cody Fajardo and co. will hope to silence BC Place and head home with a road win.

And finally, Week 12 ends in Edmonton as the Elks host the Ottawa REDBLACKS in the second half of a home-and-home. The Elks were stellar in the second half of last week’s game between these two teams, as Taylor Cornelius led his team to a victory. With just one win on the season, the REDBLACKS will hope to get the best of the Elks this week as Nick Arbuckle takes over under centre. 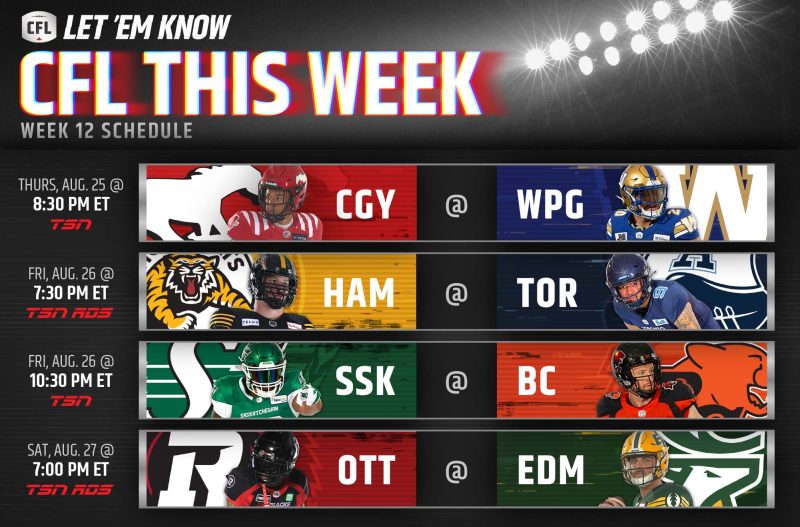