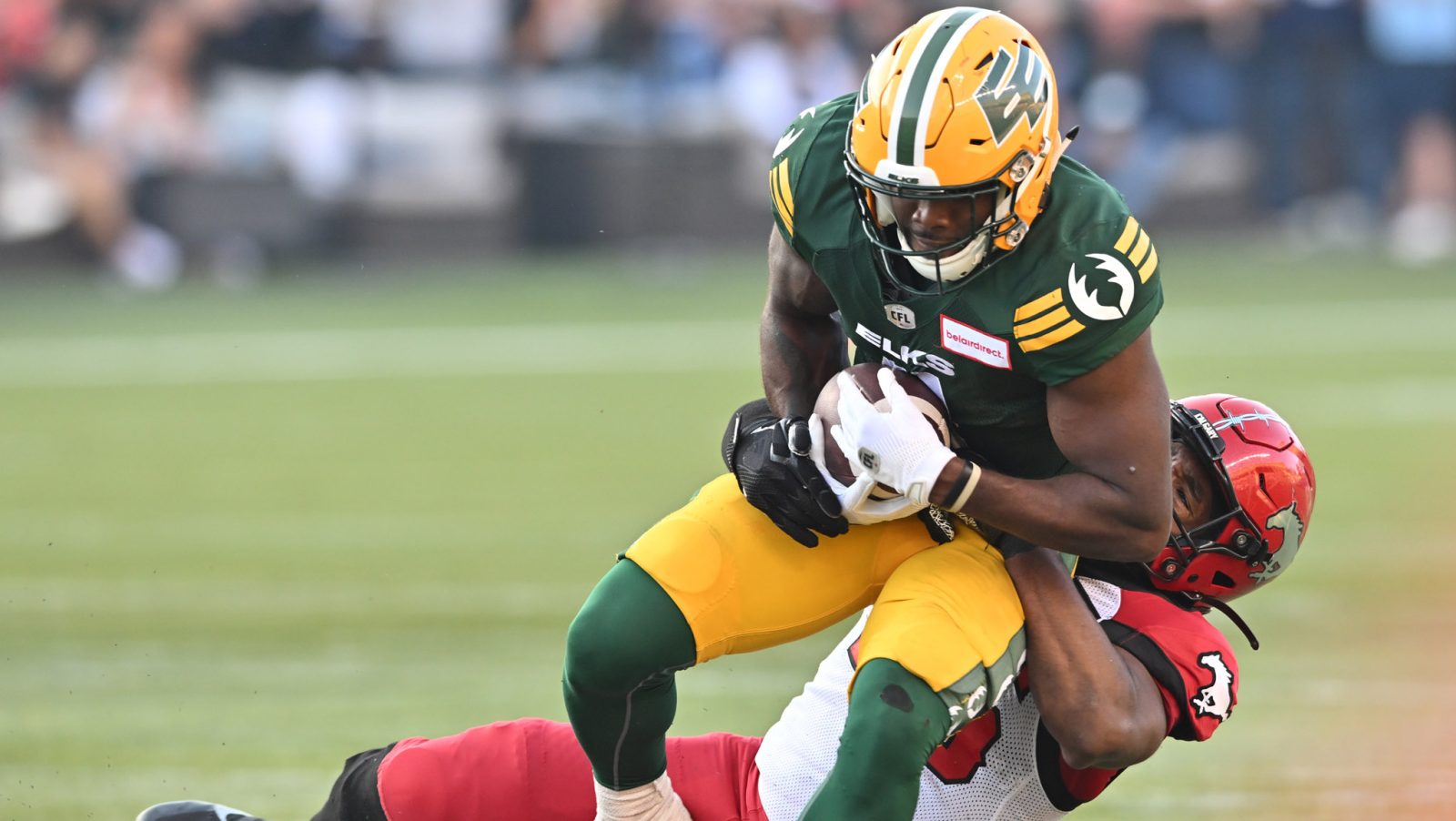 EDMONTON — The highlights and the headlines may focus heavily on the Calgary Stampeders’ quarterbacks and the rest of their offence, but their defence played a hefty role in their eighth win of the season.

True, the Stamps doubled up the Elks 56-28 on Saturday night at Commonwealth Stadium. When the score runs that high, the first thoughts naturally go to the offence. But it was the Stamps’ defence that got the ball rolling on Saturday. Defensive back and former Elk Trumaine Washington grabbed Taylor Cornelius‘ third pass of the night and ran it back 45 yards for the score.

The Elks stayed in the game through the first quarter, but the message was sent on that first interception: this is a defence that sniffs out mistakes and makes you pay for them.

RELATED
» Recap: Stamps roll to decisive win over Elks
» Box Score: Stamps, Elks by the numbers
» Through the Lens: Calgary at Edmonton

Calgary finished with four sacks to Edmonton’s zero and had two pass knockdowns to Edmonton’s one, to go with Washington’s opening pick-six. The Stamps also forced four turnovers on the night.

“I feel like we are underrated (as a defence) but it is what it is,” Stamps’ defensive lineman Shawn Lemon told TSN’s Brit Dort after the game.

“You’ve got to keep coming out and keep battling every week.”

While the Stamps may be giving up more yardage than they’d like — they were last in the league at 367.1 opponents’ net offence per game going into Week 14 — they were third in the league heading into this week, with 29 (now at 33). They were also second in turnovers forced, with 30 (now 34).

Most important, the Stamps are winning. Sitting at 8-4 in the West, they head into an important home-and-home series with the 8-3 BC Lions. Second in the West is in their sights.

“We’ve just got to keep playing fast,” Lemon said. “Keep playing fast and understand there’s a trickle down effect. We create havoc on defence, you know, that rolls over to the offence too.”

Lemon had two sacks in Edmonton on Saturday, bringing his season total to 10, putting him second in the league behind Ottawa’s Lorenzo Mauldin.

“I know it’s good,” Lemon said of his personal totals, “but the most important thing for me is getting the win and keep building.”