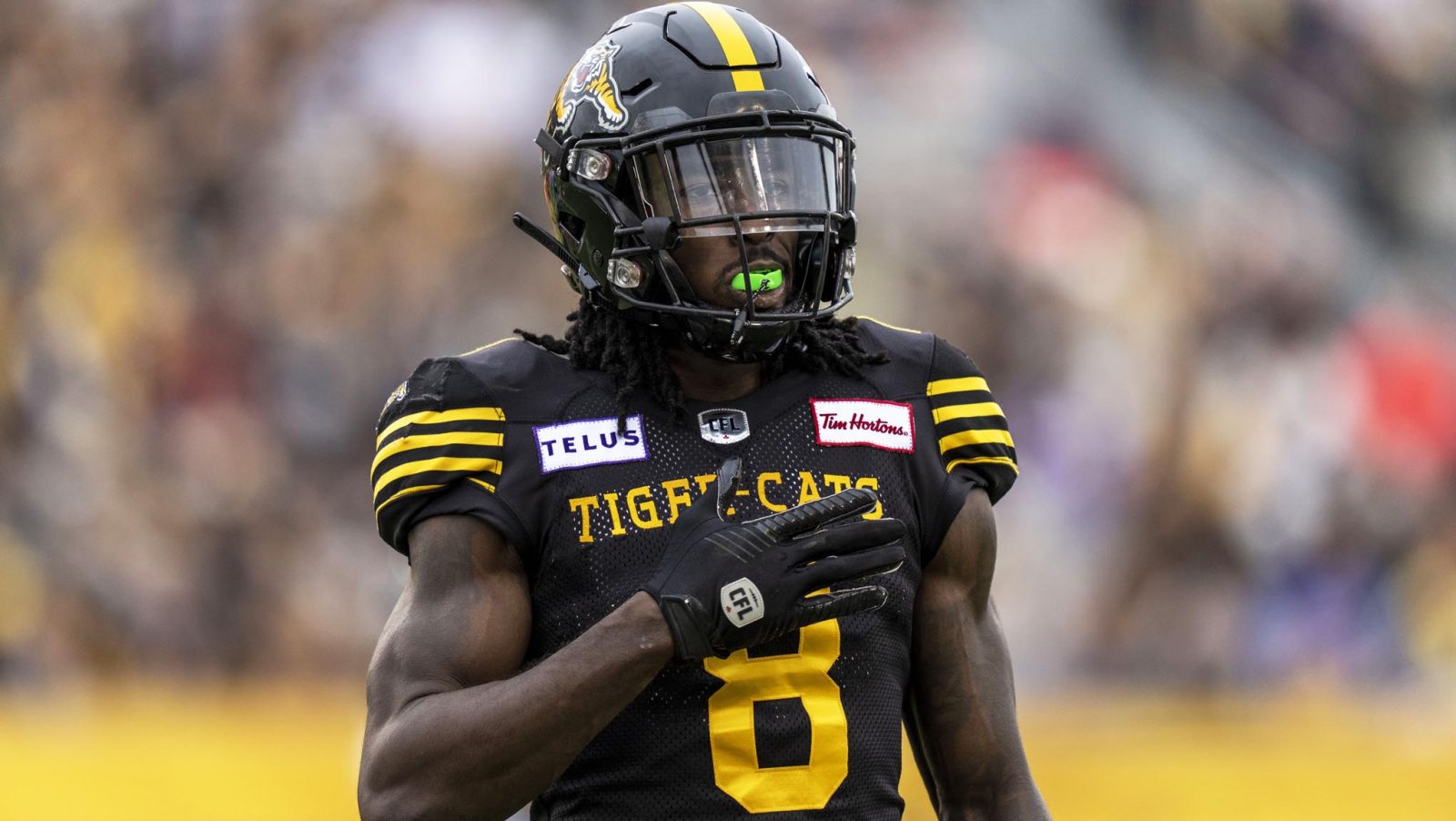 TORONTO — The three-game week, much like this time of year, can whip past you far too quickly.

It’s very possible that you’ll feel like you’re just settling in to watch the Edmonton Elks and Saskatchewan Roughriders on Friday night and the next thing you know, they’re wrapping things up at McMahon Stadium on Saturday evening, throwing to SportsCentre and you’ll almost feel dumbfounded that it’s over already.

This compact week, much like the ever-shortening days and the comfortably warm temperatures that come with them, will come and go before you’re ready for them to. So take a moment on Friday to soak it in, appreciate it all, maybe move your viewing setup to your balcony or deck, set your CFL Fantasy roster, make your Pick ‘Em selections and jump into what promises to be an entertaining weekend of football.

RELATED
» CFL and Genius Sports: Check out the CFL GameZone
» CFL Pick ‘Em: Make your picks for Week 15!
» Set your CFL Fantasy roster by Friday to have a chance to win a game-used autographed Stamps ball! 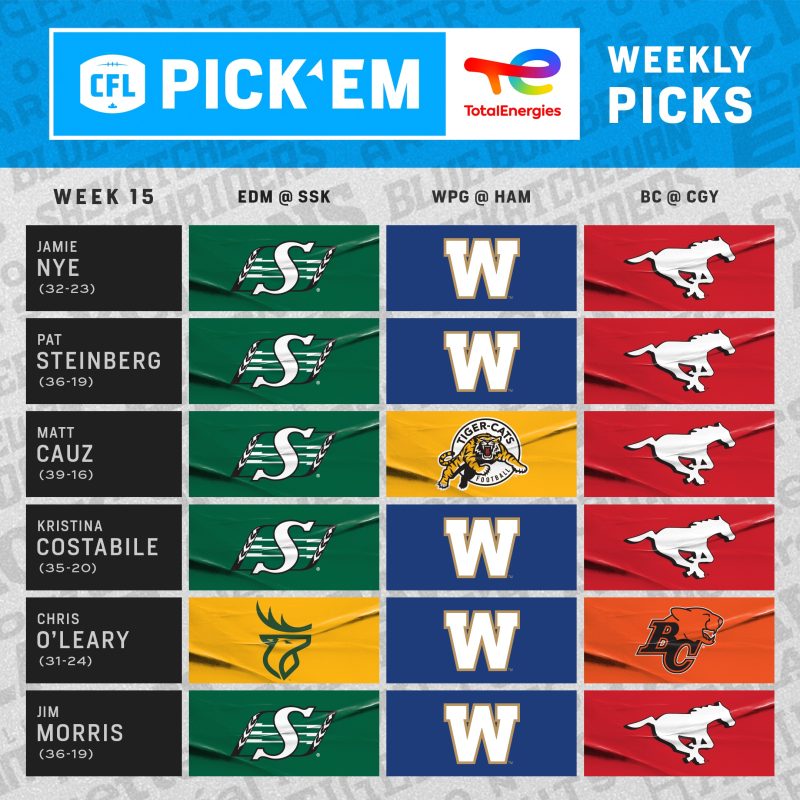 The Riders have taken each of their previous two meetings with the Elks this season (26-16 on June 18 and 34-23 on Aug. 13), so there’s a lot of confidence that at Mosaic, the Riders will handle business with their rivals from one province over for the third and final time this season. Both teams come into this one off of losses, with the Riders losing handedly to the Bombers and a stomach flu that hit the team on game day, and the Elks having watched the second half of their battle with the Stampeders get away from them. One thing to keep in mind with this one: the Riders are 4-3 at home and the Elks have all three of their wins on the road, where they’re 3-4. The home team remains the favourite in this one.

This Grey Cup 107 and 108 rematch doesn’t quite have the sizzle on it that it’s had in years past, with the Ticats sitting at 3-9 and hoping for quarterback health after a tough OK Tire Labour Day Weekend loss to the Argos. The Bombers, on the other hand, should come into Tim Hortons Field this week feeling pretty good about themselves after their runaway win over the Riders. Interestingly, CFL.ca’s Matt Cauz sees something that no one else does in this week’s game. The leader in the writers picks this season, Cauz went out on his own and took the Ticats at home to stun the Bombers. If they can pull it off, it’d be a huge boost for a team that could use one at this point in the season.

Jake Maier and Vernon Adams Jr. close out the week for us from Calgary in a game with a lot of questions around it. Can Adams pick up enough of the playbook in two weeks to help spark the Lions’ offence? Will Maier be ready for the Lions’ defence and can he help the Stamps avenge the loss that they took in Week 10, when the Stamps allowed 20 fourth-quarter points to drop the game at home? We’ve seen the Stamps continue to win with Maier at quarterback. If Adams can provide some offensive punch for his new team, Week 15 could end in spectacular fashion. Right now, the majority is leaning with the Stamps taking care of business.