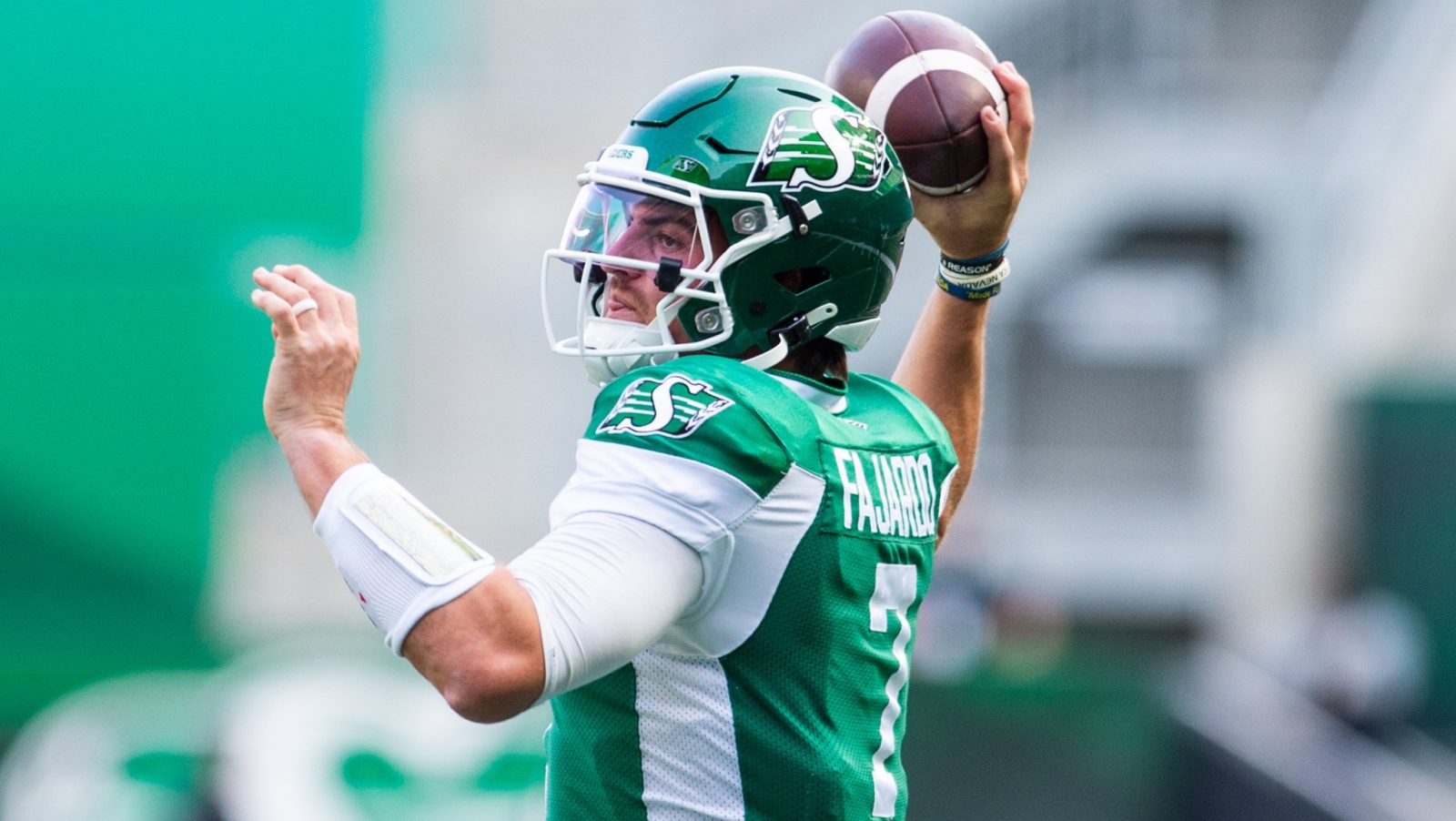 TORONTO — The Edmonton Elks and Saskatchewan Roughriders have field their injury reports ahead of their game on Friday at Mosaic Stadium.

In Edmonton, the Elks are set to welcome back quarterback Tre Ford (shoulder) from his stay on the six-game injured list. Taylor Cornelius, head coach Chris Jones said this week, will start against the Riders.

Linebacker Mark McLaurin (shoulder) is the only player on the roster listed as out for Friday’s game.

The rest of their players, including quarterback Cody Fajardo (non-football related) and receiver Duke Williams (ankle) are listed as questionable. Fajardo is listed as the starter on the team’s depth chart, which was released on Thursday.