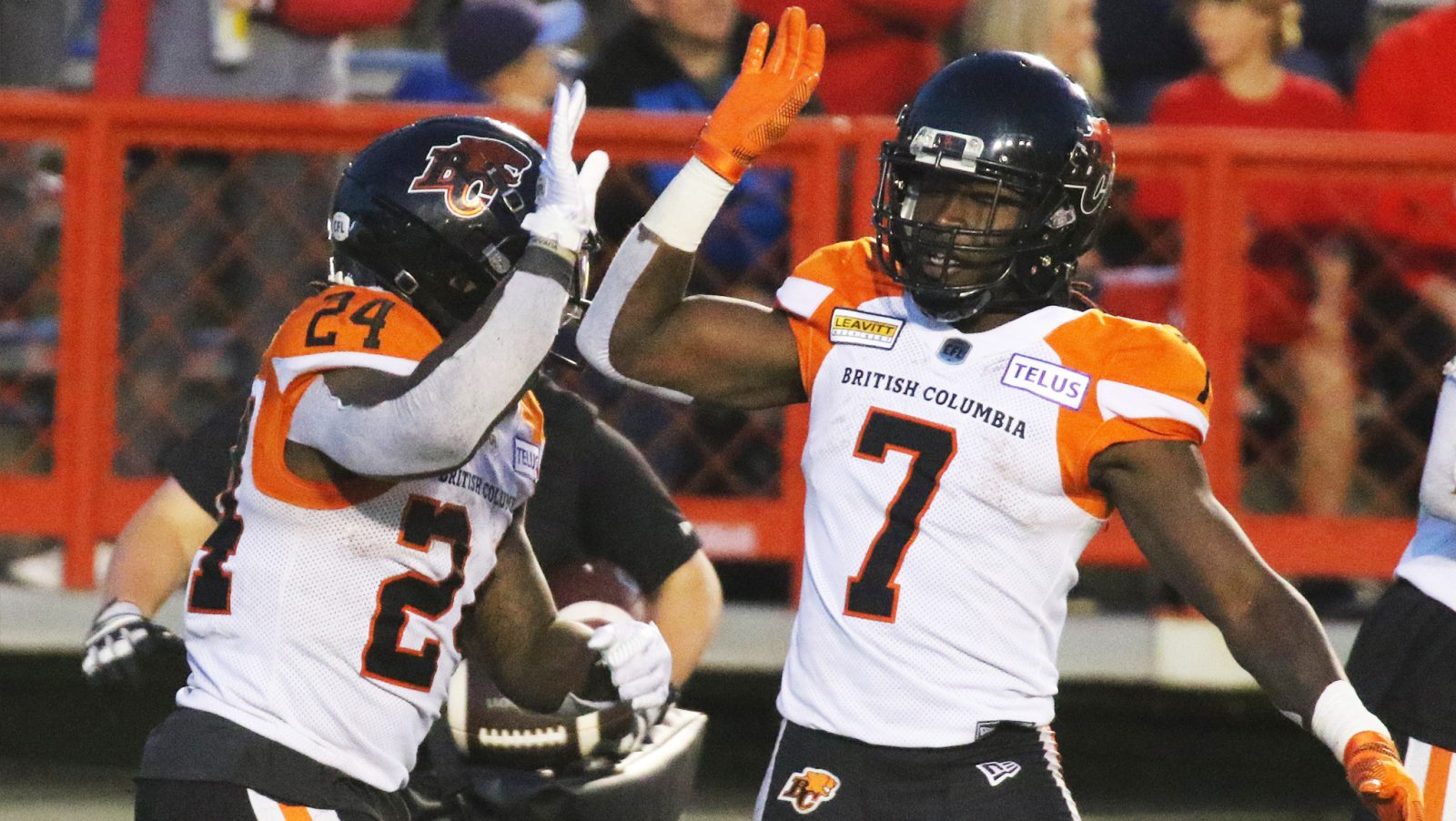 TORONTO — There are three games on tap this weekend as Week 16 in the CFL gets underway on Friday night.

First up is an East Division battle between the Montreal Alouettes and Hamilton Tiger-Cats. The Ticats are coming off a big win over the defending Grey Cup Champion Winnipeg Blue Bombers and will be looking to keep the momentum going as they eye passing the Alouettes for second in the East. Montreal, on the other hand, returns from a Week 15 bye hoping to hold the Ticats behind them in the standings.

Saturday’s doubleheader starts in Ottawa as the Toronto Argonauts visit TD Place to take on the REDBLACKS. Toronto has won three in a row, including the last meeting between these two teams in Week 14, and will hope to make it four this week. Meanwhile, Ottawa will look to get their first win of the season at home.

And finally, the week ends in BC as the Calgary Stampeders head to BC Place to take on the Lions. This battle for second in the West Division is the second half of a home-and-home between these two clubs as the Lions took the win last week in overtime at McMahon Stadium. Find out who gets the win this week on Saturday night. 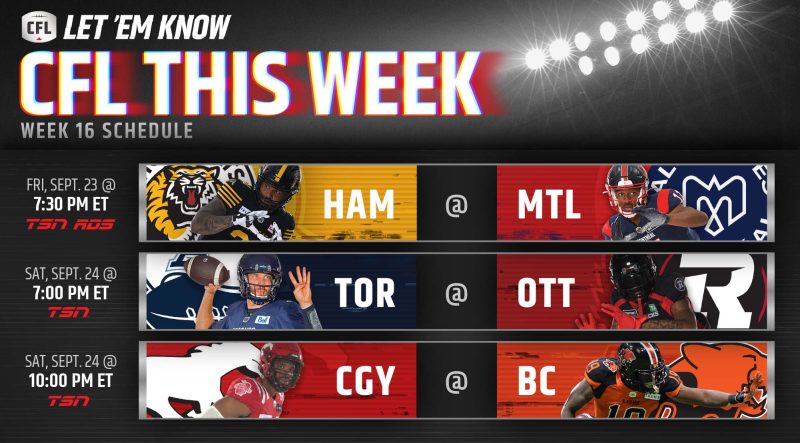 THE LAY OF THE LAND
​(Team | Remaining opponents | Combined record)