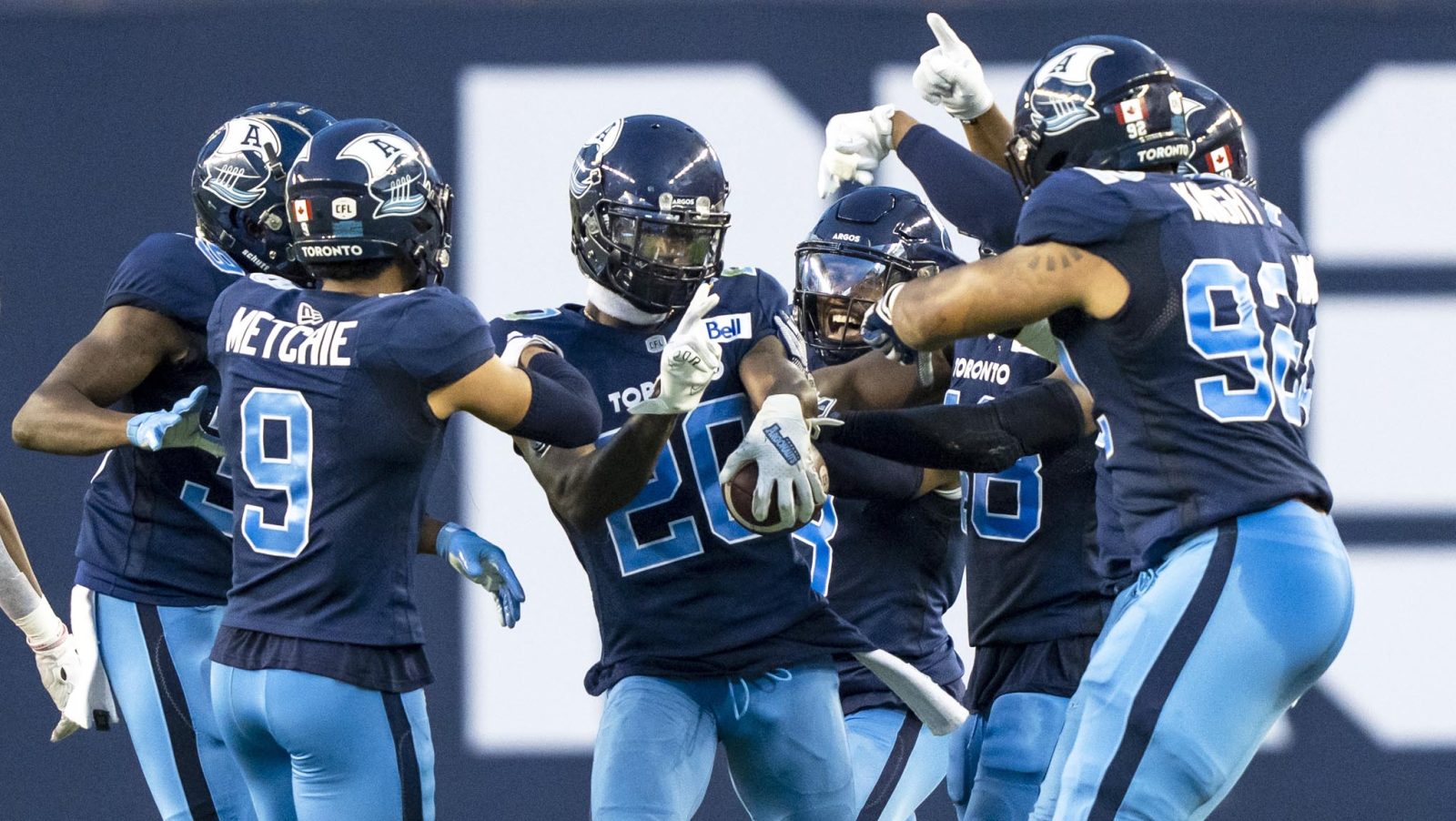 TORONTO — After enduring their share of ups and downs this season, the Toronto Argonauts are in a good place.

Whatever nautical metaphor you want to use — riding a wave, righted the ship, have navigated to calm waters — can all apply here. Their recent four-game win streak has them docked (use that one too, if you like) atop the East Division. They’re the first team in the league to clinch a home playoff date and they’re steering toward hosting their second consecutive Eastern Final in November, leaving them just a win away from their first Grey Cup appearance since 2017.

When you look at this week’s CFL Simulation, you’ll see what all of that has done for the Argos’ playoff and Grey Cup chances. Simply put, they’re higher than they’ve been at any point this season. If they’re able to go into Calgary and beat a tough Stampeders team — one that the Simulation is also high on — you can expect to see these odds increase in a week’s time.