Defence steps up to lead Stamps to 10th victory 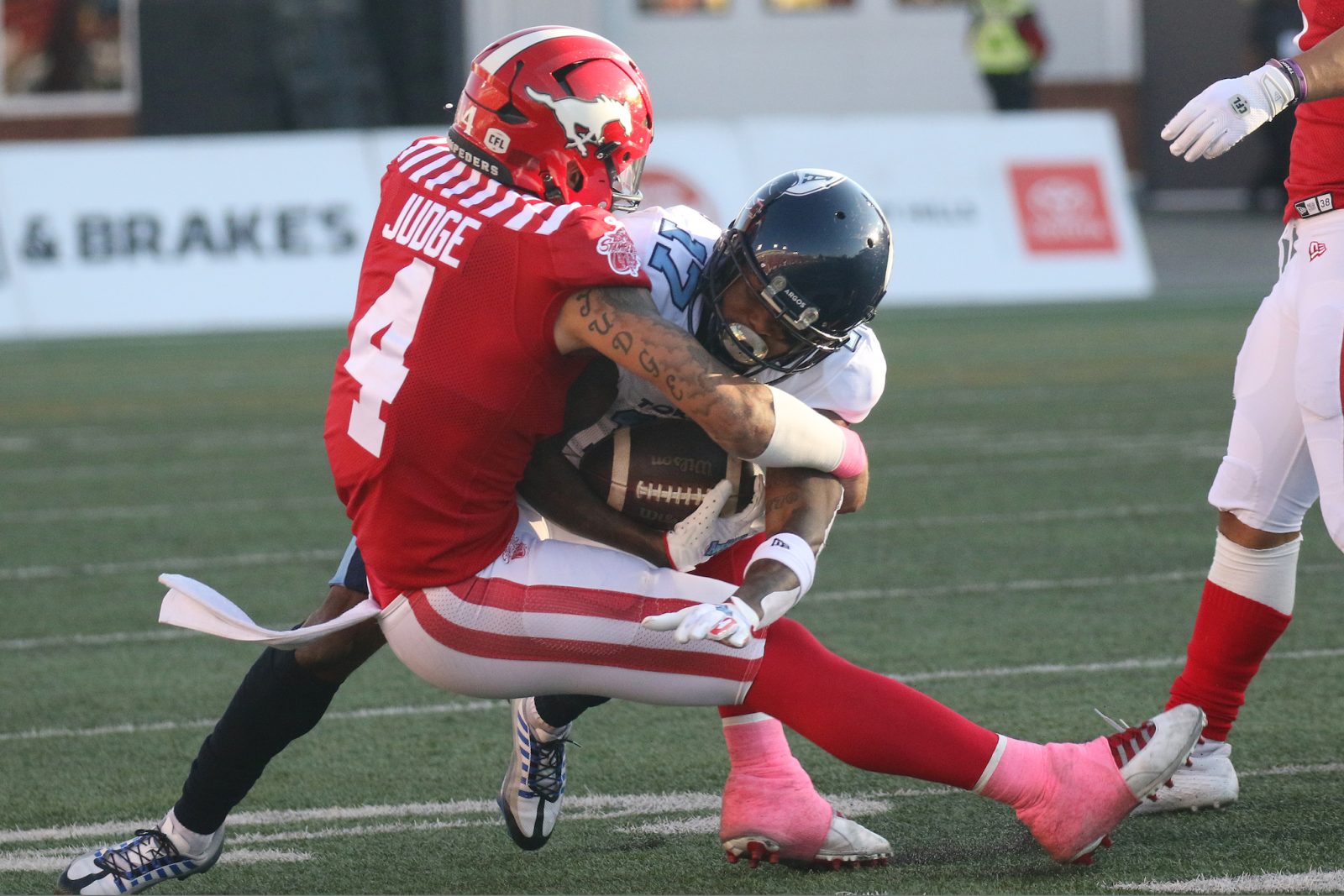 Defence steps up to lead Stamps to 10th victory

The win helps the Stampeders keep pace with the BC Lions for second in the West Division.

For Cameron Judge, who had a 70-yard pick six late in the fourth quarter to put the game out of reach, it was one of the best defensive performances he’s been a part of.

“I just saw the route develop on the boundary and what they wanted. I took a chance and it paid off,” Judge told 770 CHQR radio postgame of his interception. “I think this is the most complete performance I’ve been a part of in my career. We just have to keep going out there and performing.  All we can do is keep trying to win games.”

RELATED
» Box Score: Argos, Stamps by the numbers
» Through the Lens: Toronto at Calgary
» Watch: Judge extends the lead with pick-six
» Defence steps up to lead Stamps to 10th victory

Head coach Dave Dickenson was also pleased with his teams defensive performance and was happy with the way Judge played after missing last week’s game due to a suspension.

“It looked like our defence showed up,” Dickenson told 770 CHQR. “The turnover by Thurman got our offence going. Cam did a great job coming back. We missed him, he’s having one of those years.”

Most importantly for Dickenson and his coaching staff was the way the Stamps closed out the game.

“We finished the game, yeah we scored, but I just wanted to finish with the ball,” he said. “That’s what championship teams do.”