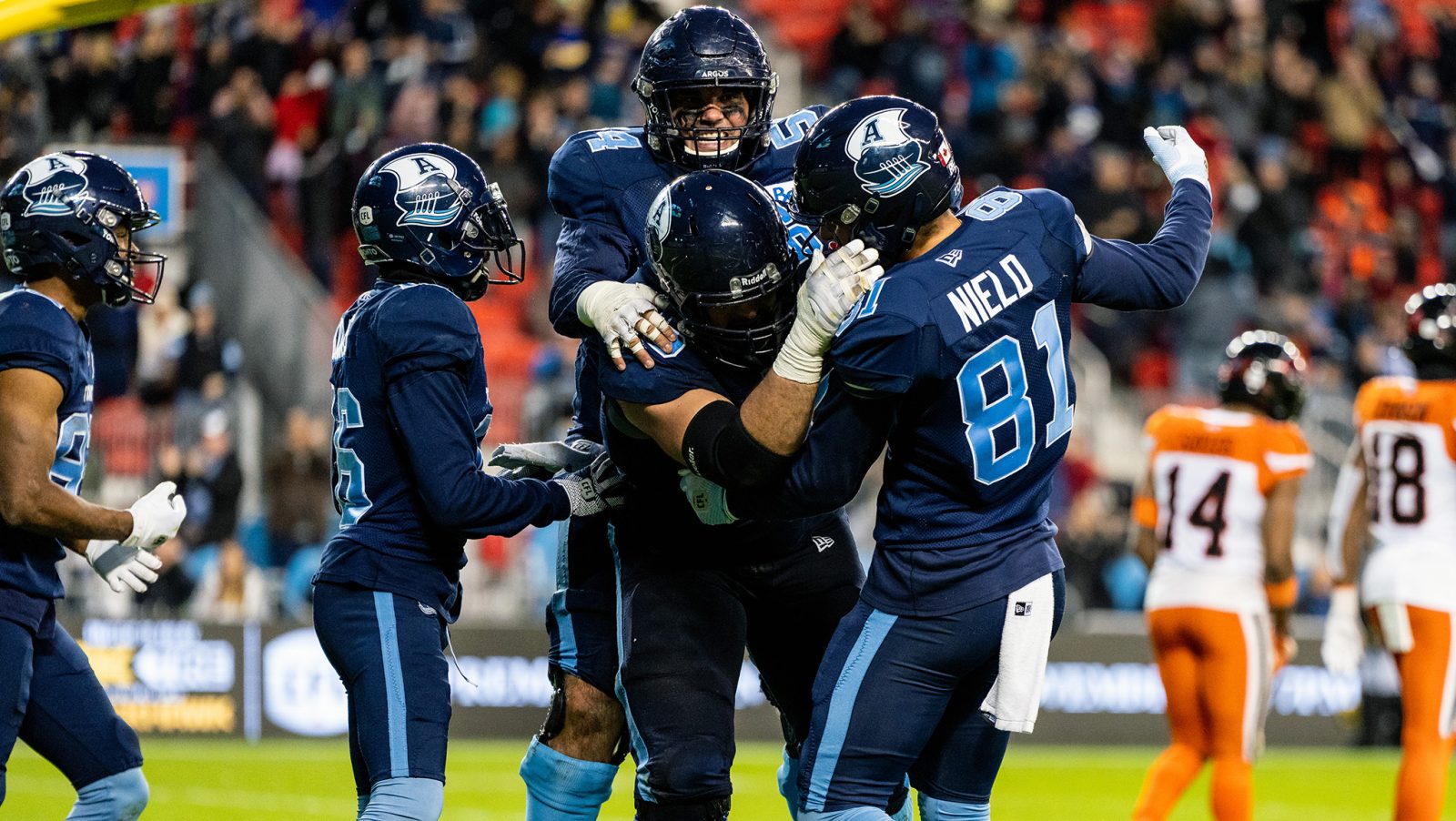 TORONTO — The Toronto Argonauts held off the BC Lions, as a late-game touchdown from the Double Blue would help them earn a 23-20 win over the Lions.

It was a game where the Argos had to battle through adversity from start to finish. Late in the game down by six-points McLeod Bethel-Thompson delivered what would be the game-winning touchdown on a 37-yard pass to Tommy Nield. The Toronto pivot would finish with 352 passing yards and 27 completions in the win.

Defensively the Toronto pass-rush entered Saturday’s contest without Wynton McManis or Shane Ray in the lineup. However, veteran defensive lineman Ja’Gared Davis helped led the defence with two of their three sacks in the game. The Argos would also force two fumbles and knock down two passes.

When asked what the win meant to the Argos, defensive back Chris Edwards told TSN post-game that it felt good to make up for the loss to Calgary from Week 17.

“It felt good, especially after the loss last week,” said Edwards. “We know we had to bounce back, that was a tough loss. We knew we were facing a good BC team, we just had to bite down and play four quarters.”

Despite leading for much of the game, it took resiliency from their defence and a touchdown pass with less than three-minutes remaining in the game for the Argonauts to earn a win.

Facing adversity is something that Edwards said the Argonauts felt prepared for. When asked what the message on the sideline was in the fourth quarter, Edwards explained it was about relying on each other.

“Just staying together,” said Edwards. “Don’t fall apart as a team. Football is a four quarter game and it’s sometimes, we just had to stick together, pull together and we got the win.”

When asked about the flair and emotion that Bethel-Thompson showed in the fourth quarter, an excited Edwards said he loved what he saw from his quarterback.

“I loved it,” said Edwards. “He told me he was going to win us this game and that’s exactly what he did. So it feels good.”

The Argonauts will look to continue their winning ways on the road in Week 19 as the prepare to travel west for a matchup with the Edmonton Elks from commonwealth stadium.