Berg vs. Ferg: Is it time for a quarterback change in Montreal? 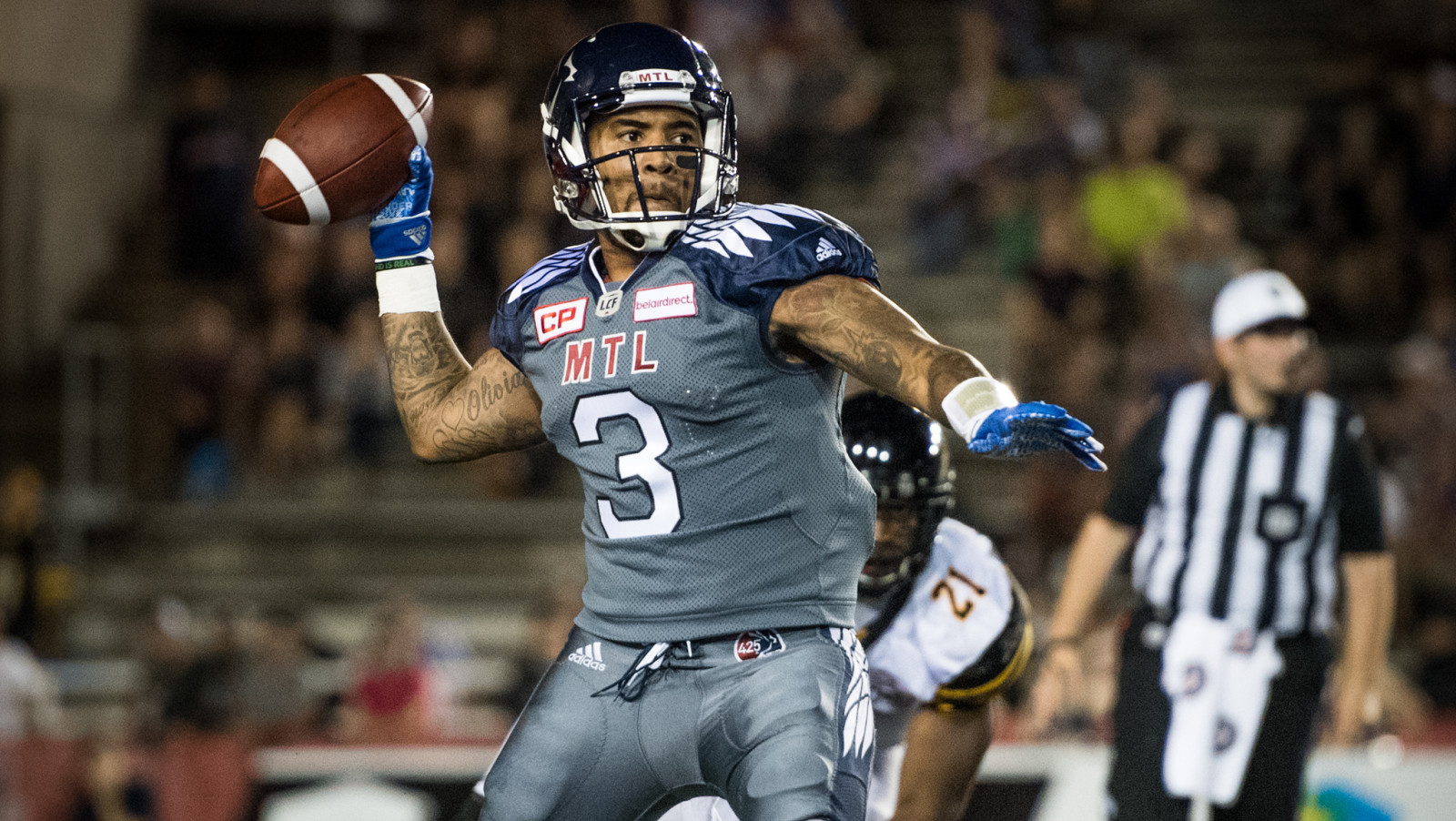 Berg vs. Ferg: Is it time for a quarterback change in Montreal?

Every week of the 2016 season, CFL.ca columnists Pat Steinberg and Marshall Ferguson will debate over one of the league’s most contentious storylines. In Week 9 we ask the question: with the Als’ offensive struggles, is it time for a quarterback change in Montreal?

There’s no sugar-coating it; the Montreal Alouettes’ offence is struggling. The reasons? There are many. Don’t underestimate the toll of injuries to last year’s leading rusher in Tyrell Sutton and receivers S.J. Green and Kenny Stafford. A young offensive line is still getting its footing after injuries, retirements and a massive free agent departure (franchise tackle Josh Bourke has gone to Toronto). And Anthony Calvillo and Jacques Chapdelaine’s new-look offence is still being implemented.

Then there’s the question of quarterback play. Is Kevin Glenn doing the best he can with what he’s got? Or is there something to be desired from the starting Alouettes pivot? Glenn’s peripherals this season aren’t the worst, completing 69 per cent of his passes with a quarterback rating of 92.0 (six touchdowns, five interceptions), but the overall offensive production is lacking.

The Als are putting up 330 yards of offence per game, the lowest in the CFL, but is it too early to make a change? Rakeem Cato has shown flashes while Vernon Adams Jr. is still getting his feet wet in the CFL — and in the end, Glenn’s 13 years of experience on this side of the boarder have to be valuable to Calvillo and that unit.

A QB change worked for Winnipeg, but is it the right move for Montreal? Should the Alouettes be considering a quarterback change? Steinberg and Ferguson debate in the latest Berg vs. Ferg.

All logical football knowledge will tell you the Montreal Alouettes need to make a quarterback change. The hierarchy of professional football blame typically waterfalls down from GM, to Head Coach, the quarterback.

The team is 2-5 on the year including three straight losses against East division opponents. Starting quarterback Kevin Glenn (5) trails only Jeremiah Masoli and Logan Kilgore (8) in interceptions, and the Alouette offence averages a league low 18.6 points per game.

However, my argument might be more of an indictment on the Alouettes as a whole than a critique of their quarterback play.

The Montreal Alouettes SHOULD NOT make a change at quarterback because quite simply they have no relevant plan B.

Rakeem Cato started for Glenn in Week 4 while Glenn was ‘forced’ to the sidelines with an eye infection and produced one of the more uninspiring quarterback performances in recent memory of the CFL. If the first read wasn’t there, the play quickly devolved into madness. That display led Nik Lewis to be fined by the team for comments he made after the game about the lack of motivation shown by the offence.

Hard to imagine part of that wasn’t derived from watching his second year CFL pivot operate that Friday evening against Hamilton.

Vernon Adams Jr. was BC Lions property until training camp when Wally Buono traded him to the Alouettes for a 2017 1st round pick. Adams Jr. Has subsequently gone 4-of-9 this season while showing a lack of adaptability to the CFL game. His slow processing speed and inability to utilize his strength of scrambling and freelancing makes him anything but a viable option.

Canadian Brandon Bridge was released after refusing to take a pay cut and practice roster spot, further damaging the depth of the Montreal quarterback room.

MONTREAL OFFENCE BEFORE AND AFTER CALVILLO

I honestly believe the best option to replace Kevin Glenn in Montreal due to poor development and roster moves would be Offensive Coordinator Anthony Calvillo. I welcome anyone’s arguments as to why the now 43-year-old legend wouldn’t be more effective than either of the current options.

The catch here is Head Coach Jim Popp can’t make a quarterback change to a quarterback he knows to be inferior to Kevin Glenn because the Alouettes need a veteran leader, regardless of his current performance level.

The one true positive in Kevin Glenn as a starter is his ability to lead and unify a group with his vast experience. The Alouettes need to cling to that leadership ability in order to attempt salvaging their season.

The Montreal Alouettes aren’t sitting 2-5 on the season solely because of Kevin Glenn and to suggest that would be unfair. Glenn hasn’t even been bad at quarterback this season for the Als.

At this point in his career, though, Glenn is what he is. He’s a 37-year-old quarterback who can manage an offence well enough and who isn’t going to lose you football games. The problem is, Montreal is in need of someone who can do more than that right now. Plain and simple, the Als need a spark.

This situation isn’t all that unlike what we’ve seen play out in Winnipeg over the last number of weeks. Also in need of a spark, the Bombers made the switch from Drew Willy to Matt Nichols and it has paid off so far. Willy wasn’t playing horrible football, but he also wasn’t playing well enough to cement his place in the event of a slump. Much the same can be said about Glenn in Montreal.

So what are Montreal’s options? The first alternative is the desired one in my books and he goes by the name of Rakeem Cato. I know Cato saw his performance drop off after coming in hot to start last season, but I still think there’s potential there. Cato wasn’t spectacular in his one start this season, but I’d like to see him get another shot because I still think there’s something there.

Then there’s Vernon Adams who the Als acquired from the BC Lions for a first round pick a few months ago. Adams is still learning the CFL game, but as the guy they’re hoping to carry the load in the future, he’s going to get his shot eventually. I’m not advocating for Montreal to rush Adams along because being patient is the prudent move. But if Glenn and/or Cato continue to toil like they have, it might be time to give Adams a shot.

The winner will be revealed on social and in the following week’s Berg vs. Ferg.

Fan Poll
Is it time for the Alouettes to make a quarterback change?
Yes
Vote
No
Vote
Submit View Poll Results