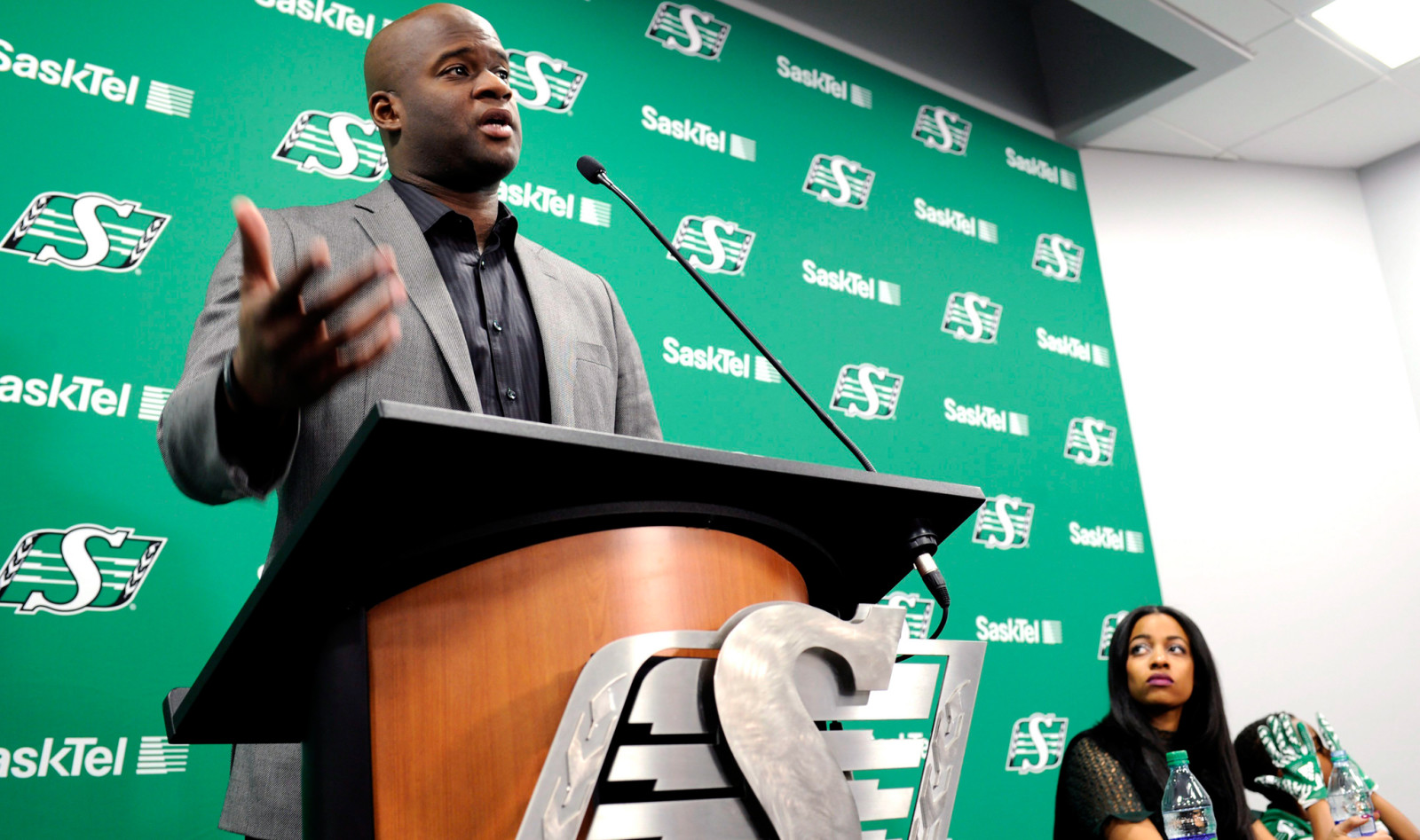 Chris Jones said it himself. You win in the Canadian Football League with solid quarterbacking and strong Canadian depth.

The highly touted University of Texas star had an up and down NFL career that eventually flamed out with failed appearances at training camps, ending in 2014.

He’s hasn’t thrown a pass in a regular season game in 2011 and that has a lot of Rider fans asking ‘why?’.

Why would Chris Jones even bother with the soon to be 34-year old quarterback after he just passed on a franchise player like Darian Durant, who is just one year older.

Why would Chris Jones potentially take repetitions away from younger prospect quarterbacks who could turn into the ‘next one’ in Saskatchewan?

Vince Young is definitely not the next one. The next quarterback to take the reins like Darian Durant in 2009 and steer them for seven seasons.

Vince Young is a Hail Mary.

No one has any idea what we are going to see from Young the first time he steps on the field. Reports are he’s going to go through a combine like preparation over the next several weeks to get into football shape.

To get his throwing mechanics back in order and to get acclimatized to the CFL football, field and game plan.

Yes, May and the start of training camp will come quickly.

So why would Chris Jones bother?

I respond with, why not?

Can Chris Jones afford to take a pass on any option that comes his way?

No. He said he’d turn over every stone to find a quarterback who could turn his team in the basement dwellers they have been in the West Division the last two years and turn them into a playoff contender, if not Grey Cup contender in 2017.

Now we find ourselves with the big name, Vince Young and a lot more questions than just why.

Will this signing impact any of the other five quarterbacks under contract. Kevin Glenn, Brandon Bridge, Jake Waters, G.J. Kinne and Bryan Bennett have to be curious about the Riders bringing in such a player like Vince Young.

Already Kevin Glenn was a little defensive, albeit jokingly, about Stampeder quarterback Bo Levi Mitchell’s tweet, welcoming the fellow Texan to the CFL as if he was going to be the starter.

@BoLeviMitchell @CFL @leighsteinberg you giving him the job already lol

Kevin Glenn is still the best quarterback on the Riders roster. To that there is no question. Glenn is (and I know he’s not a fan of this moniker) the insurance policy.

Glenn is the high water mark all other quarterbacks will have to exceed to even have a shot at starting for the team coming out of camp.

I doubt Vince Young will surpass him, but you never know.

The other aspect of all of this hype about the Texas Longhorns legend is this could all be over sooner rather than later.

Nothing is stopping Chris Jones from evaluating Young like any other player and releasing him. That’s worse case scenario for Jones.

Will that be considered a waste of time?

Now we should consider the best case scenario. A 34-year old Young impresses and wins games in the next two years (at least). That’s more than can be said for quarterbacks who have played in Saskatchewan not named Darian Durant over the last three years.

The positives out weigh the negatives but it’s going to be a great show to watch play out.

And football is the entertainment business after all.