You’ve all seen his hair.

Flowing in the wind behind him as he lunges to make a tackle or in photo shoots when he’s almost always asked to do a hair flip (see video below).

Calgary Stampeders linebacker Alex Singleton might have the best hair in the CFL – any takers for who might have better? – and he shared the inside scoop of how he keeps the flow going. 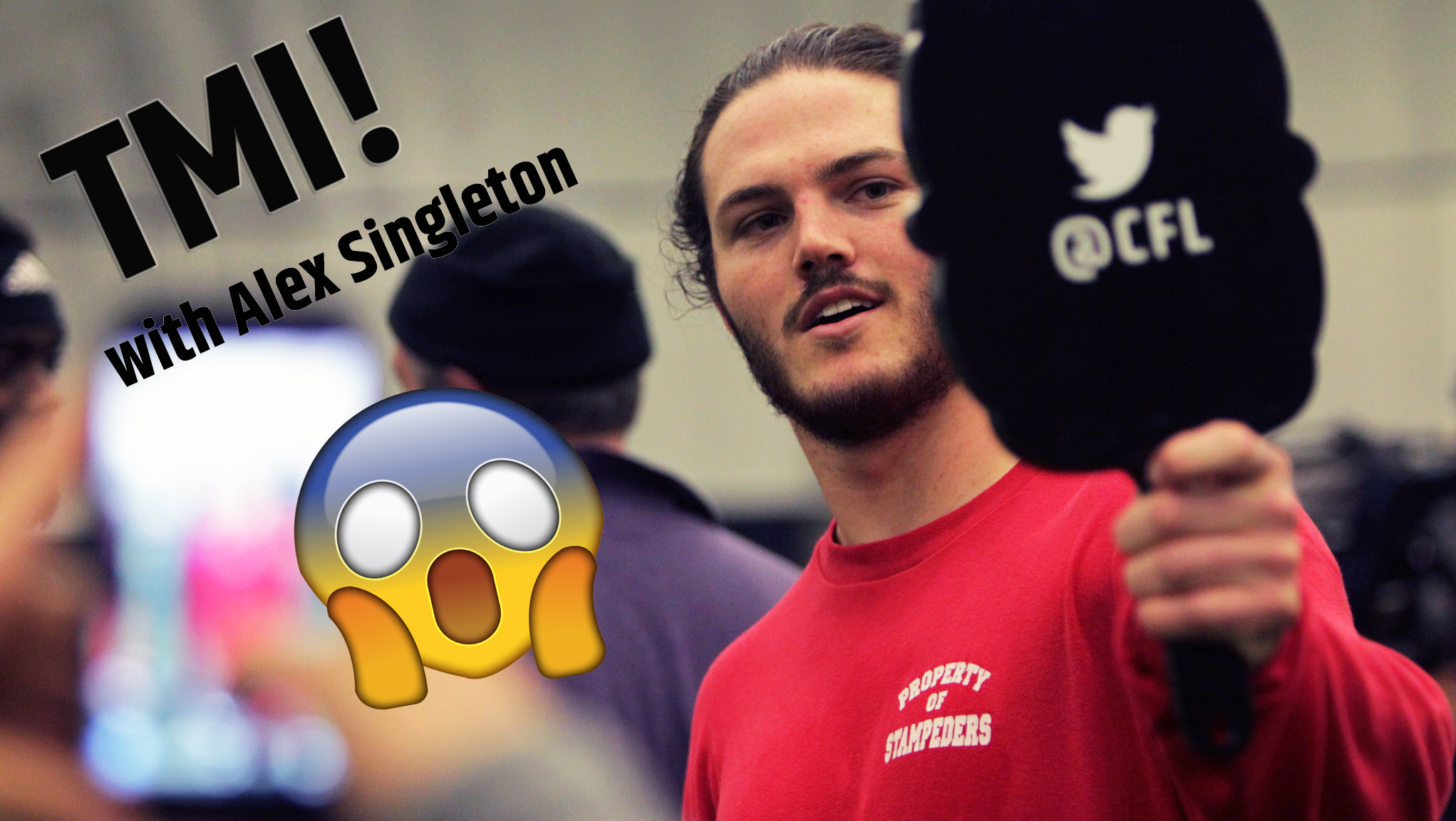 What song would he absolutely rock at karaoke and what super power would he want to have?

You’ll also never guess what movie Alex has to put on every single night after training camp to help him fall asleep.

Find out the answers to these questions and more in this edition of TMI:

Kristina Costabile: Tell me something that no one would know about you.

Alex Singleton: I use two different kinds of shampoo and conditioner every week. I don’t just use the same one all the time to keep the flow nice. I use Mane and Tale and Essential Oils from Costco. I trimmed it a year and a half ago and haven’t done it again. (Editors note: He’s a bit nervous to even get a trim and is looking for a new hair dresser he trusts in Calgary *hint, hint*)

KC: What is on your pregame playlist?

AS: Bungle in the Jungle by Jethro Tull. It’s the last song I listen to before I got out on the field. I’ve been doing that since I was like, seven, because my dad used to play it for us because that’s what he said he listened to in high school. (I listen to) everything. I’m a full genre kind of guy from rap to classic rock.

KC: If you were stranded on a deserted island and could only have one of your teammates with you, who would it be?

AS: Deron Mayo. I feel like he’s resourceful and he knows random facts all the time that he tells you. I feel like he would keep us out of trouble or at least try to. (Editors note: These two are also locker buddies!)

KC: If you could bring three things to that island, what would they be?

AS: A machete. A bathing suit, I’ve got to my tan and I’ve got to be able to go swimming. Well, instead of a bathing suit, let’s do flip flops. Flip flops are important because the sand will be hot. I can swim without one if I’m by myself. And In and Out Burger where I can make food all day.

KC: If you weren’t a football player, what would you be doing?

AS: It would either have to be when we beat the Griz (Montana Grizzlies) in Washington-Grizzly Stadium so Montana University when I was a sophomore in college. Or it would have to be playing with my brother and my dad as a coach when I was 10.

CFL.ca’s Brodie Lawson made a trip to Calgary during the off-season to workout with Alex, Deron Mayo and Bo Levi Mitchell. See the full video below:

KC: If you could eat one thing for the rest of your life, what would it be?

AS: In and Out Burger.

KC: Do you have any superstitions or routines before a game?

AS: Just listen to Bungle in the jungle before I go out. That’s the last thing I have to listen to before we go out on the field.

KC: What is your guilty pleasure song?

AS: I know all of Katy Perry’s songs. Her song ‘Roar’? Yeah, I could tear up ‘Roar’ by Katy Perry at karaoke night.

KC: What are you binge watching on Netflix?

AS: I actually just finished Shameless the other day because season six wasn’t in Canada yet so I had to binge watch it the day before camp started. I had to watch all of season six before camp started. And then when I get home every day from camp I watch Semi-Pro every night before bed because once you know all the words you can kinda just mouth the words until you fall asleep. I get home around 10/10:15, I turn it on and then by 10:45 I’m out cold.

KC: If you could have any super power what would it be?

AS: To be able to fly because if you can fly, you’ll be able to move fast too.

KC: Shamawd Chambers said he’d want to teleport so he could get to the end zone right away. (Read Shamawd’s TMI)

AS: Well then if he did that, I’d fly right away and get the ball before he got there so I’d beat him!