Steinberg’s MMQB: Why the Grey Cup in Edmonton makes sense 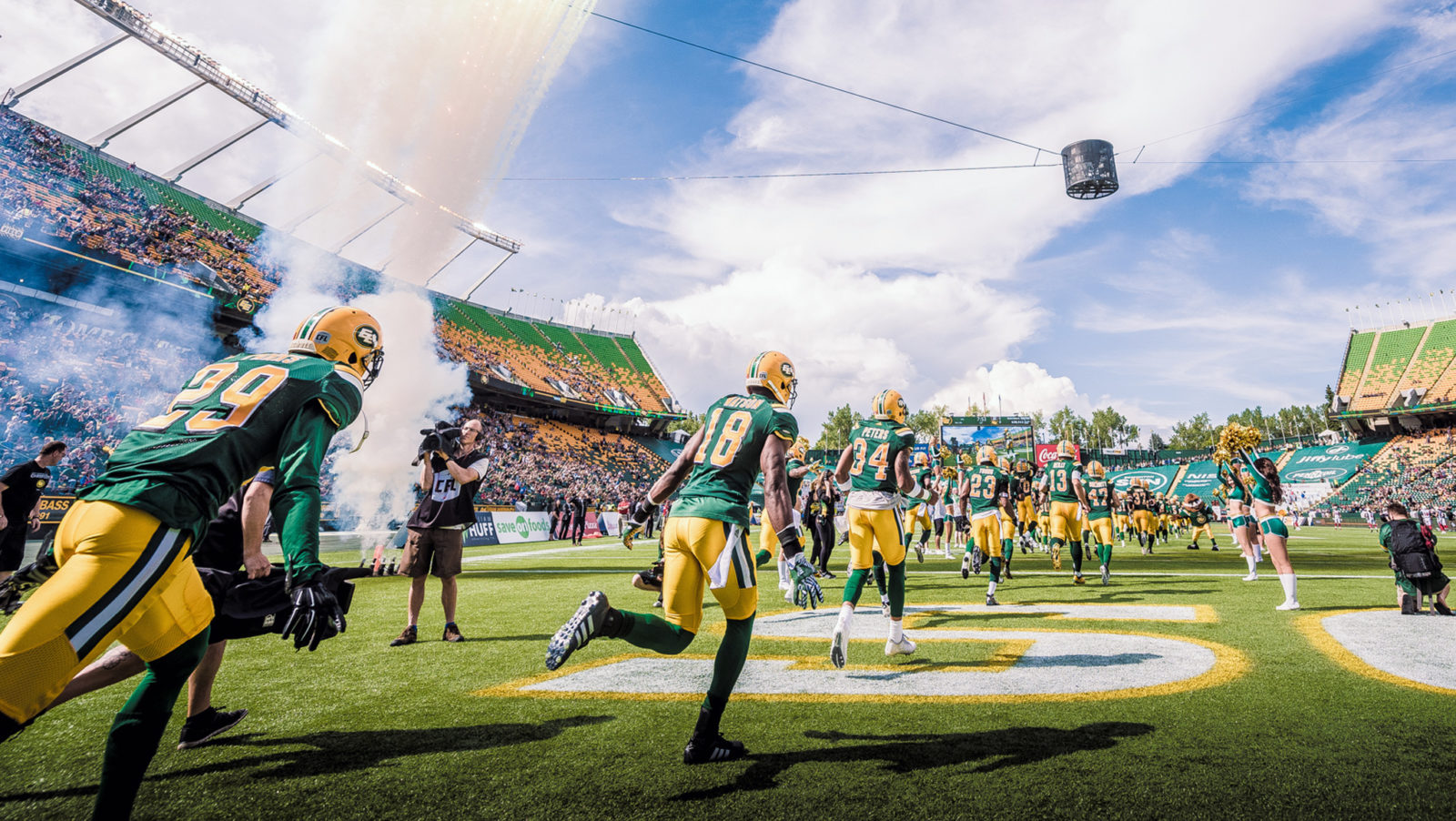 Steinberg’s MMQB: Why the Grey Cup in Edmonton makes sense

The CFL kicked off this week announcing the return of the Grey Cup game to Edmonton for the 2018 season. The 106th Grey Cup presented by Shaw will be just the fifth time Commonwealth Stadium hosts the league’s title game, and the timing makes nothing but sense, for a number of different reasons.

More than anything else, we know the Grey Cup will be a hit in Edmonton. The 98th edition went over huge in 2010 and saw another classic between the Saskatchewan Roughriders and Montreal Alouettes, eventually being won 21-18 by the latter.

Getting the opportunity to be in the city during Grey Cup week, I can tell you there was a good buzz and a party-like feel leading up to the great atmosphere at Commonwealth for game day. It had been eight years without a Grey Cup in the city in 2010 and the same will be true in 2018, and you can bet Edmonton will be ready to put on a great show once again. 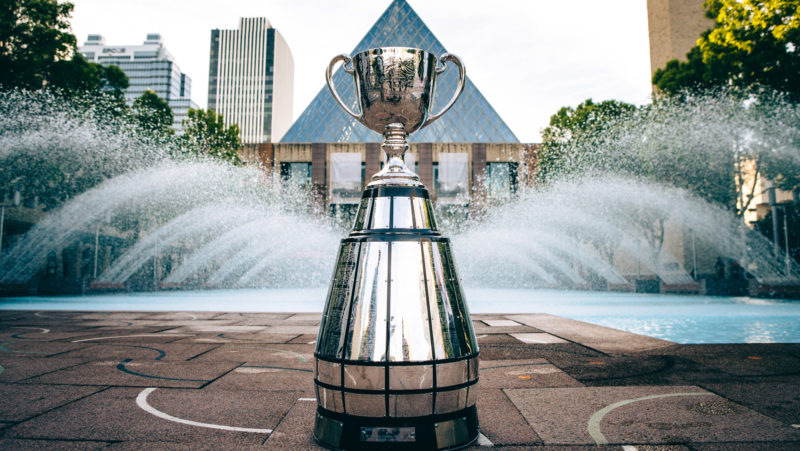 The City of Edmonton was awarded the 106th Grey Cup presented by Shaw in 2018 (CFL.ca)

Let’s not forget, the 2010 game was sold out in a week, which was a record at the time. Edmonton is a CFL stronghold and the city gets behind big events, and I don’t see how that’ll be any different next year. Remember, this will be just the fifth time in 40 years the city will host the Grey Cup, so it really is a special occasion.

The timing also makes sense to help punctuate Commonwealth Stadium’s 40th anniversary. Built for, funny enough, the 1978 Commonwealth Games, the stadium opened that year and still holds up well today. While not brand new like stadiums in Regina, Winnipeg and Hamilton, Commonwealth has undergone big time renovations and has a great capacity (63,000+ with temporary seating) for important events.

I know there were some who thought the 2018 game was a natural fit for Regina, knowing the brand new Mosaic Stadium is open for business (and looks unbelievable). But the Riders just hosted in 2013, so going back to Edmonton first was perfectly sensible. And don’t worry; with that gem of a stadium, it won’t be long until Regina hosts again.

With Edmonton hosting in 2018, and Ottawa set to host this year’s game, it got me thinking about how Grey Cup hosts will be decided going forward. Along with three cities already mentioned, Toronto, Vancouver, Hamilton, and Winnipeg all have venues more than suitable to host the CFL’s biggest event.

I do wonder about Calgary and Montreal, at least in the near future. There’s no question in my mind McMahon Stadium urgently needs to be replaced, and that debate continues in Calgary. In Montreal, neither Olympic Stadium nor Percival Molson Stadium are overly suitable; the former is fairly antiquated while the latter’s modest seating capacity doesn’t make it ideal.

Regardless, the options are aplenty for the CFL to spread the Grey Cup around nicely in the coming years. Ottawa’s stunningly successful return to the league, on and off the field, earned them the 2017 game and Edmonton is set to do another bang-up job the following year.

Last week we highlighted Calgary’s Andrew Buckley and Saskatchewan’s Brandon Bridge as a pair of Canadian quarterbacks with a chance to become true impact makers. Both players are fighting for meaningful spots on the depth chart heading into the season and both got their pre-seasons off to great starts.

We’ll start with Buckley, as his exhibition schedule has come to an end. The Stampeders drew the straw this year to play two pre-season games in week one. As such, Calgary’s 36-35 win over Edmonton on Sunday night was its final tune-up before a Grey Cup rematch with Ottawa to open the regular season. For Buckley, though, those two pre-season games couldn’t have gone much better.

Buckley saw significant playing time in both games for the Stampededers (they took a narrow win over BC to open the pre-season), and looked on point. Buckley threw just three incomplete passes on 15 attempts and used his impressive speed well in both outings, totaling 48 yards on the ground. More than anything else, Buckley has looked comfortable in the pocket and has done nothing to hurt his cause.

Keep an eye on which quarterbacks are taking the snaps this pre-season as CFL.ca tracks every pass-thrower across all nine teams. 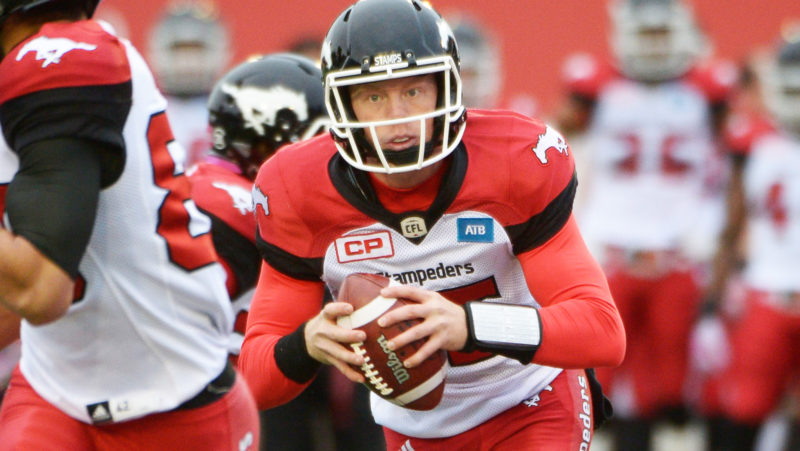 Andrew Buckley has enjoyed solid playing time in both pre-season games for the Stamps (Peter McCabe/CFL.ca)

Then there’s Bridge who saw a good chunk of time in a 25-25 Riders tie with Winnipeg on Saturday night. Bridge threw the ball a lot in the three series he played and ended up finishing with 201 yards and a touchdown on 20-for-26 passing. While I wasn’t able to see him play over the weekend, all reports are positive. Most importantly, Bridge was accurate and mistake-free against Winnipeg’s starters that night, which has to be looked at as a positive.

The best-case scenario for Buckley is to earn the No. 2 spot on the depth chart and that’s likely the same for Bridge, at least right off the hop. It’s always dangerous to put too much stock in pre-season outings, but I know this: neither player did any harm over the last week, and both likely helped their causes.

Behind the eight ball

Speaking of the Riders, I feel bad for Vince Young. Saskatchewan’s big name off-season signing pulled up with a hamstring injury in practice this past week and was forced to sit out the team’s pre-season opener on Saturday. With his status uncertain for this Friday’s game in BC, Young faces an uphill climb.

Young’s circumstances weren’t ideal heading into camp. He hadn’t played a professional game since 2011 and hadn’t even been near a training camp since 2014. Coupled with Young’s lack of experience north of the border, he was already facing some challenges coming out of retirement.

Through the Lens: Images from the first game at new Mosaic

Pre-season Week A: Winnipeg at Saskatchewan

That’s why missing any meaningful camp or playing time had the potential of being detrimental. Not only did Young miss important reps at game speed, the three other players competing for a spot on the depth chart saw time on the field. The aforementioned Bridge, along with Bryan Bennett and Marquise Williams, all played on Saturday night with varying levels of success.

On the bright side, though, reports were starting to turn fairly positive on Young prior to the injury. A lot of people with eyes on Sask’s camp said things started to click for Young a few days in and he was starting to find his groove.

I really do hope that trend continues when Young is ready to get back at it. I’m rooting for the guy, because he’s a really good story and I still think there’s a chance for a little more magic. In saying that, though, I won’t lie that this hamstring injury is a definite setback for Young.

Off on the wrong foot

It’s been a rather tumultuous start to training camp at kicker for the Hamilton Tiger-Cats. Right from the start of camp, there were questions surrounding the position and Head Coach Kent Austin never seemed sold on either one of Ryan Hawkins or Sergio Castillo. That hasn’t changed since Hamilton’s pre-season opener; in fact, things have gotten a little more unsettled.

Since the Ticats fell 30-29 to Ottawa on Thursday night, all kinds of dominos have fallen. Brett Maher, a very real solution to Hamilton’s woes, instead signed with the aforementioned REDBLACKS on Friday. That left Hamilton in scramble mode of sorts and the team decided to sign free agent Anthony Fera on Sunday while also releasing Hawkins. 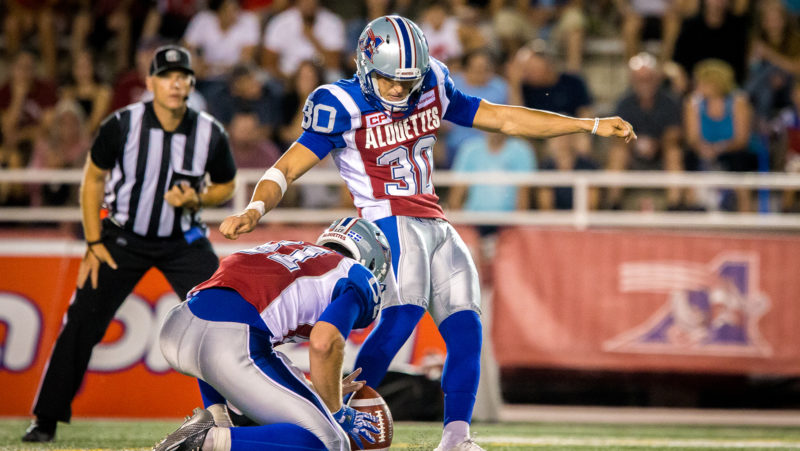 The Ticats brought in Anthony Fera to try and address their open kicker position (MontrealAlouettes.com)

Maher seemed like the best option for the Tiger-Cats, at least from the outside. He was a member of the team in 2016 when he handled both the kicking and punting duties fairly capably. But, after being released from the Cleveland Browns early last month, Maher was a free agent and had the choice to go elsewhere. Needing some help at kicker themselves, the Hamilton Spectator reports Ottawa stepped up with a solid signing bonus, which ended up sealing the deal.

So that likely leaves Hamilton, for now, with Fera as the guy, which isn’t necessarily ideal, mainly because of his lack of professional experience. Fera has played in just nine CFL games over the last two seasons, attempting 24 total field goals at a 75 per cent success rate. The 25-year-old is still pretty green and having him start the season at the top of the depth chart could prove risky.

In saying that, though, there’s reason to be optimistic with Fera. He had an extremely impressive college career at both Penn State and Texas and was a 2013 finalist for the nation’s top kicker. Furthermore, much like Maher last year, Fera can handle duties in punting and kicking roles, which is Austin’s preference. So, while having an inexperienced kicker to start the season isn’t ideal, there’s still reason to be optimistic in Hamilton.