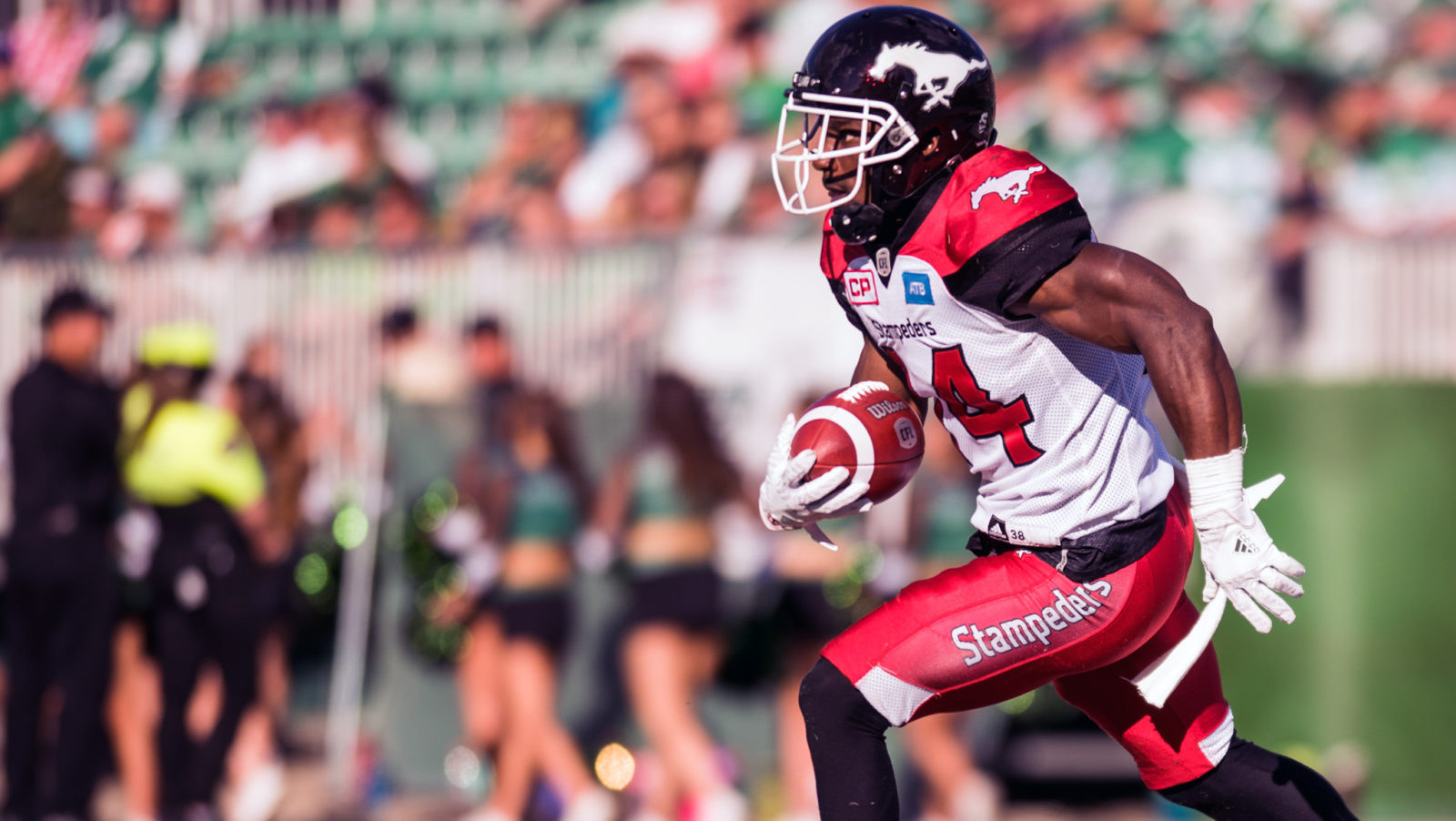 He’s only 5-foot-7 but has quickness that can kill.

Heading into the Stamps’ pre-season tilt against the Eskimos Sunday night, the electrifying Roy Finch was told by Special Teams Coordinator Mark Kilam that he’d only have one shot to field an Esks punt.

And as it turned out, his lone opportunity directly resulted in the game’s first points and would prove to be crucial in Calgary’s 36-35 pre-season road win in Edmonton.

“Before the game, Coach Kilam told me I was going to have one punt return and that was it,” Finch said. “So I just wanted to make the most out of it. I’m confident in myself and in everything that I do on the field. You’ve got to envision it and you’ve got to think about doing it and know you’re going to do it before you do it. So that’s what I did, I just thought about it and it happened.”

RELATED
» Stamps’ close out pre-season with a win over Esks
» The Long Read: DaVaris Daniels making every step count
» Bio: Roy Finch by the numbers

The 81-yard score was made possible with a brisk burst up the seam as the Green and Gold were unable to lay even a hand on the Niceville, Fla. native.

But the contributions did not stop there for Finch. A running back by nature, No. 14 also received two handoffs out of the backfield and added a seven-yard reception, as well.

With his versatility and overall playmaking availability at his team’s disposal, the expanded role could very well carry over into the regular season as the 25-year-old has seen more offensive reps throughout training camp than he did in 2016.

“I’m looking forward to it,” said Finch, when asked about being a change-of-pace option to periodically spell off workhorse Jerome Messam. “Coach didn’t want to show too much [on Sunday] and not all of the stuff in the bag for the season. But I’m really confident in what I’m doing right now. I’m really confident in the return game and everything is just slowing down for me on the offensive side of the ball.

“I’m just looking forward to contributing not only in the special teams part of the game, but on offence, too. People don’t understand that running back was my first position and my first love so it’s something that comes natural. The receiving part is something I’m still learning but I’m an athlete and it’s something I’m just working on at practice.”

Calgary is the first team to have concluded its pre-season schedule and will now go 11 days before the regular season begins on Friday, June 23 in Ottawa in a Grey Cup rematch with the REDBLACKS. 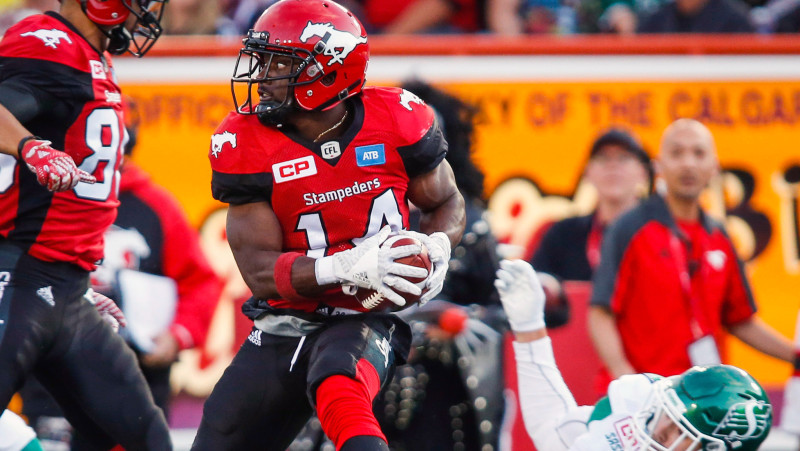 While some may be concerned that a nearly two-week break will disrupt the momentum from their pair of early victories in as many games, Finch has an optimistic outlook on the upcoming stretch and corresponding plan put forth by head coach Dave Dickenson.

“It’s a good thing,” the one-time Oklahoma Sooner suggested. “Dickie’s been going at us hard and pushing us real hard at practice with two-a-days, so anytime you can get rest when you’re at the pro level, it’s always good. You just want to be smart with the time that you have and not mess around. (You want to) continue to stay on schedule and stay on top of treatment and stuff like that and maintenance for the body. Everything will take care of itself.”