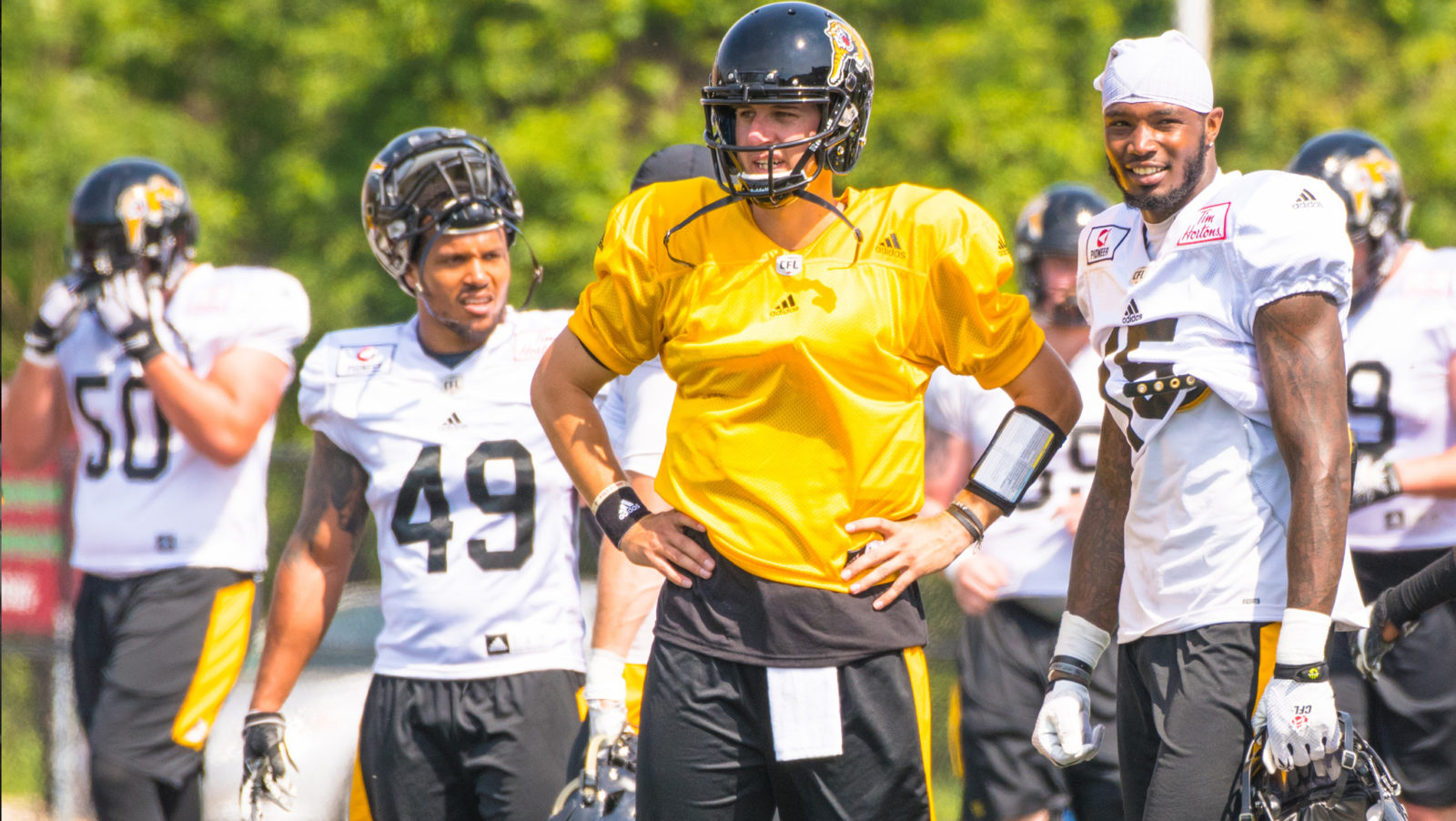 HAMILTON — The Hamilton Tiger-Cats’ first pre-season game last week provided more questions than answers for the team when it comes to their depth at quarterback.

While the Tiger-Cats have their No. 1 and No. 2 pivots set in stone – Jeremiah Masoli will backup starter Zach Collaros – injuries to two quarterbacks looking to fill the third-string spot have shaken things up on the depth chart.

Everett Golson and Matt Johnson were both injured in Thursday’s match against the Ottawa REDBLACKS – Johnson was hit in the third quarter by Ettore Lattanzio and did not return to the contest while Golson was seen hobbling back to the bench after scoring on a quarterback sneak.

While the team did not disclose the extent of either injury, the team did announce it had released Johnson and signed former Toronto Argonauts quarterback Logan Kilgore on Monday.

RELATED
» By the Numbers: Zach Collaros | Jeremiah Masoli | Logan Kilgore
» Breaking down the quarterback jumble
» Landry: 5 takeaways from the first week of pre-season

The 6-foot-3, 206-pounder, who is entering his fourth year in the CFL, joined the Ticats in time for practice on Tuesday and is hoping that his experience playing the Canadian game will set him apart for the job behind Collaros and Masoli.

“Just being up here, going on my fourth year, it’s definitely a different game, especially coming up from down south,” the 27-year-old told reporters. “I think a strength would be familiarity with the league, with somewhat of what defences are doing, what we call things and things like that. I haven’t really had a chance to sit down and take a look at the playbook but I’ll definitely dive into that this afternoon.”

Even if Kilgore is a quick study, Ticats’ head coach Kent Austin wants to be sure not to throw him into the mix too quickly and unprepared.

“We have to be fair,” Ticats’ head coach Ken Austin responded to members of the media when asked if Kilgore would take any snaps in Friday’s contest against the pivot’s former team.

“Kilgore hasn’t gotten any reps yet, and he’s got a lot to learn in a short period of time so we have to keep it very simple but let him get in the game and watch him play a little bit. But we’ll see, we’re still working through that right now.” 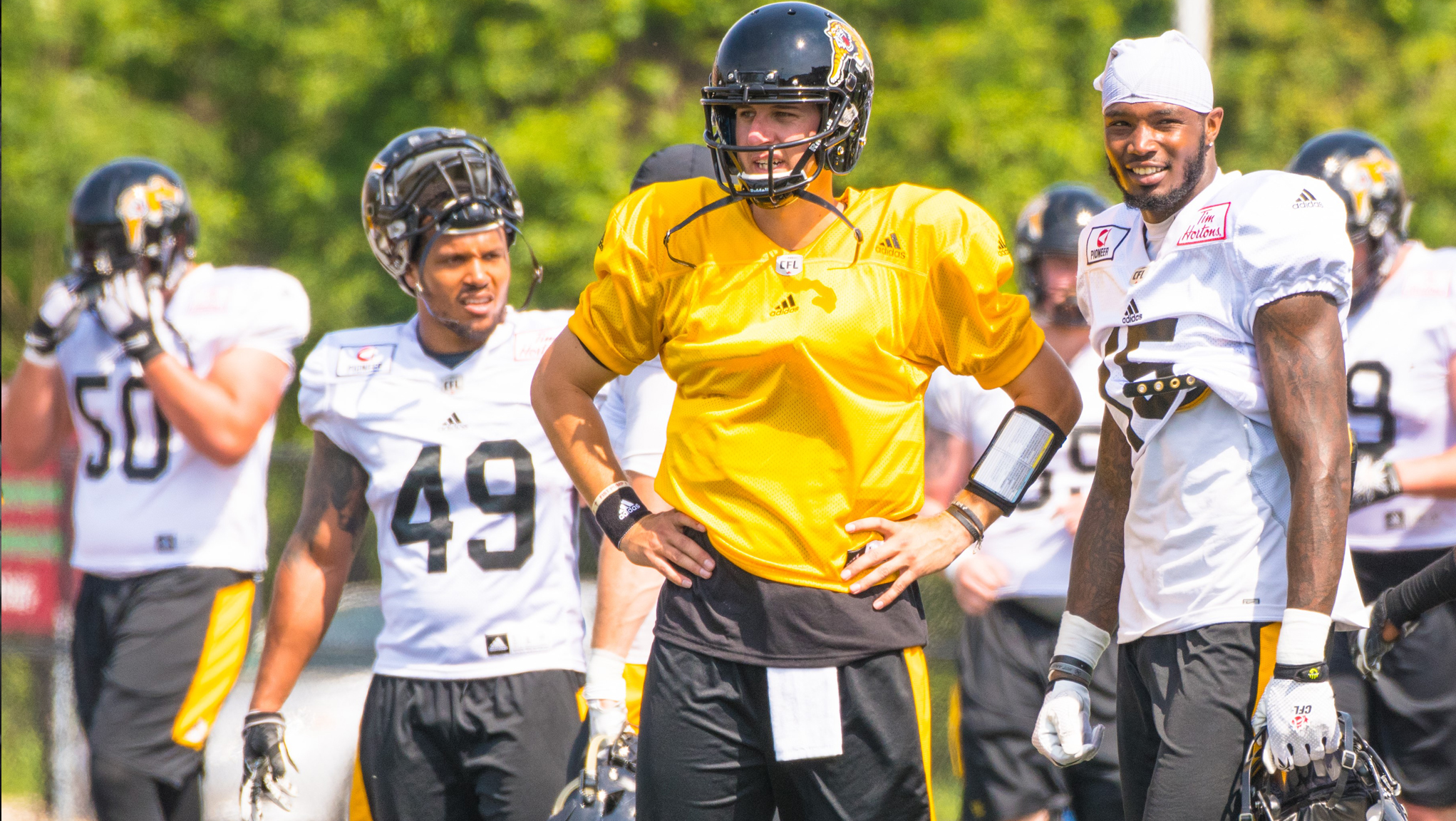 Kilgore took in his first practice with the Tiger-Cats on Tuesday (Ryan McCullough/Ticats.ca)

While the Ticats’ quarterback depth may be a bit murky, their running back depth is not.

Alex Green, Ross Schuerman and Sean Thomas-Erlington all played in Thursday’s pre-season contest – Green rushed six times for 46 yards, Thomas-Erlington had five carries for 18 yards and two receptions for 35 yards while Scheuerman had one rush for four yards and one catch for 14 yards.

Those performances, along with the rest of the 2017 training camp, impressed Hamilton’s bench boss, giving the coach options behind starting running back C.J. Gable.

“Alex (Green) has very similar skills (to Gable),” said Austin. “He can pass pro(tect), he can catch the ball out of the back field, he’s a strong runner.