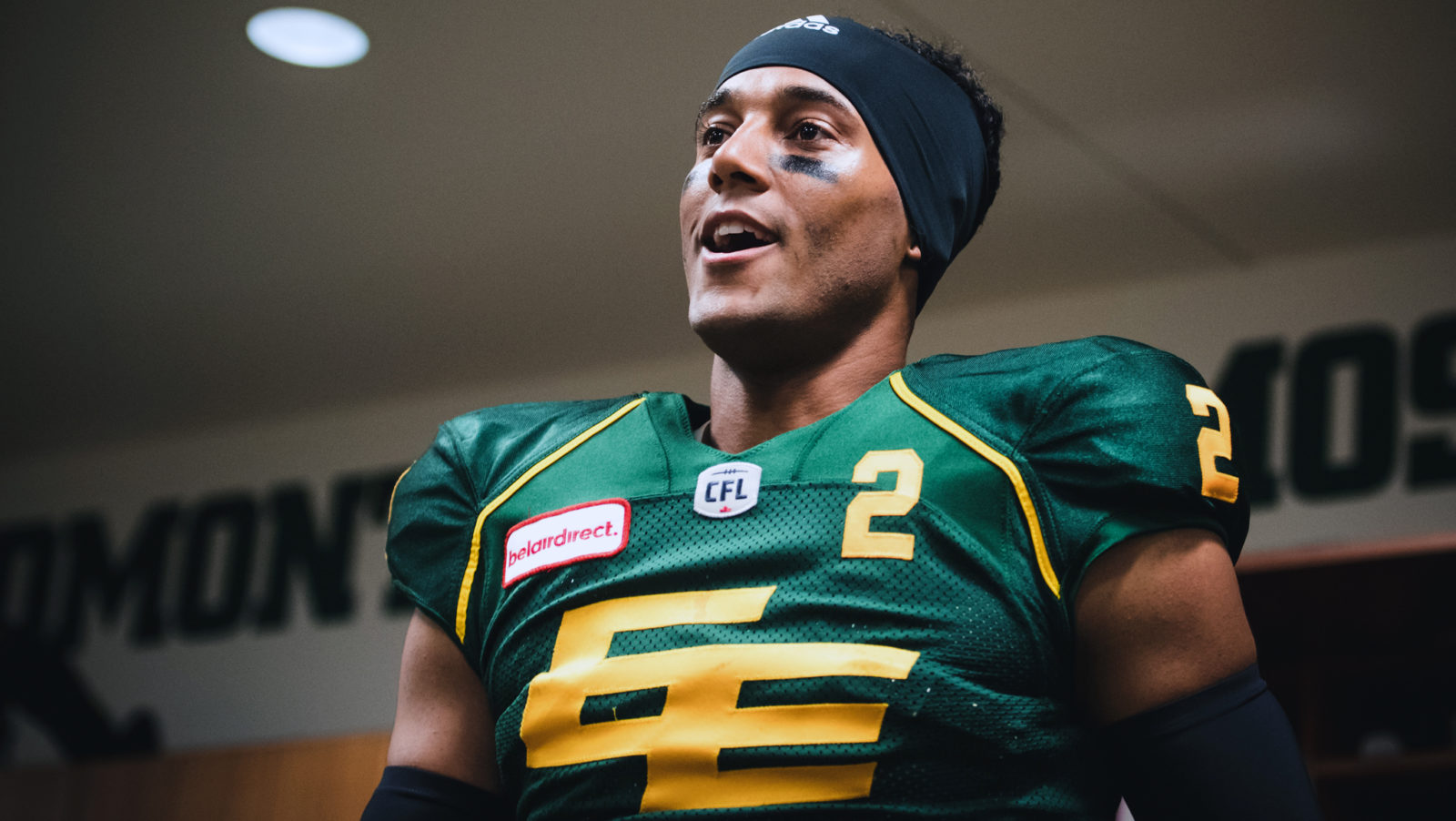 Two weeks after winning the Grey Cup, Jim Popp still hasn’t come down from his cloud.

The Argos’ GM was dreaming big on Monday, acquiring the rights to pending free agent quarterback James Franklin from the Edmonton Eskimos. The Esks received 2017 second round pick Mason Woods while the Argos added a third round pick in 2018.

Franklin, 26, is widely considered the CFL’s top quarterback prospect and could easily escape in two months via free agency. But for Popp, the potential payout was tough to ignore.

Forget, for a moment, that Ricky Ray is 38, a free agent and considering retirement. Instead, imagine the possibilities with a young quarterback whose untapped and seemingly unlimited upside have made him the topic of the off-season thus far.

The Argonaut franchise, with its new ownership group and outdoor facility in BMO Field, was energized by last month’s unexpected Grey Cup Championship in the nation’s capital.

Yet James Franklin is the rare type of player that can energize a franchise and a fan base on his own.

There are a few things about Franklin that make him stand out from other quarterbacks around the three-down game.

The first is his ability to lead. Franklin was gifted that quality from his father, a preacher, and has built on it throughout his personal and professional life.

That matters in football, especially for the quarterback. There are plenty of talented pivots who have lacked the ability to command a huddle and lead a football team in critical situations. A football roster is made up of dynamic and diverse personalities that require unity to succeed.

Consider Ricky Ray, whose unconventional and perhaps non-obvious leadership style held the Argos together this past season. Go back to pre-season and watch Ray’s demeanor when he takes the field with the Argos’ offence. It’s the exact same as when he steps off the sideline and into the huddle for the game-winning drive in the Grey Cup (and, one week before, the Eastern Final).

When the quarterback enters the huddle, he’s the one everyone looks at. Body language, facial expression, speech, intonation — all of those things affect the players around him and their confidence in their ability to execute.

Franklin has a built-in charisma that will either calm or energize a room as needed. 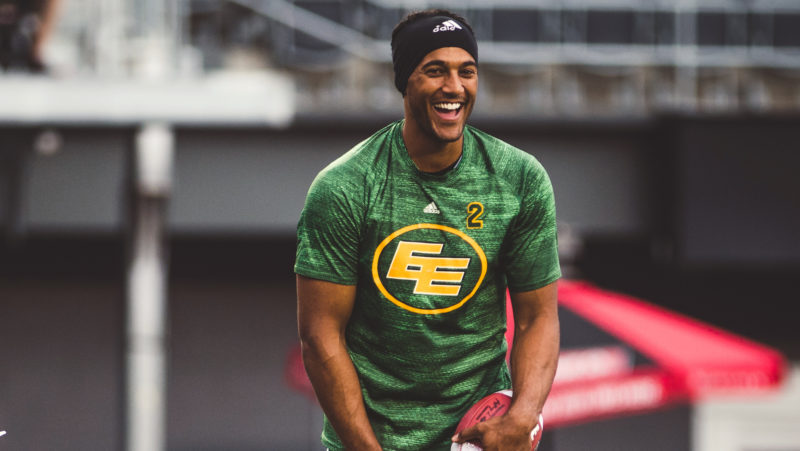 » The Long Read: Is James Franklin the next big thing?

The second thing that stands out about Franklin as a quarterback prospect is his dedication to his craft. Most quarterbacks work hard, and so does Franklin, but the former Missouri pivot has an open-mindedness that’s allowed him to adapt quickly to the Canadian game.

It takes discipline for an American quarterback to come north after thousands of hours of film and learn how to read a defence in an entirely different way. Franklin embraced the challenge; he immersed himself in the same foreign concepts that have agonized so many others.

While many migrate home for the winter, Franklin moved to Edmonton in his first full CFL off-season and worked with teammates like Adarius Bowman to continue learning the game and improving as a quarterback.

A willingness to learn and a dedication to his craft are things that have helped Franklin emerge as the household name of young quarterback prospects.

The last thing that stands out about Franklin is his physical ability. He’s not the biggest quarterback at 6-foot-2, 225 pounds, yet he’s thicker and stronger even than some linebackers. He’s not the fastest, but he runs like a freight train — or like a tank, earning him the nickname ‘Frank the Tank’ in college — making him difficult to bring down.

Then there’s the arm. Franklin has proven he can make all of the throws on a CFL field, delivering the majority of his 176 career passing attempts with decisiveness and accuracy. His arm strength puts him in the upper echelon of CFL quarterbacks, whether it’s getting the ball to the field side or testing a defence up to 70 yards vertically.

When I watch James Franklin, I like the tangibles — the arm strength, the accuracy, the running ability. I also like the intangibles — the confidence, the body language, the decisiveness, the pocket presence.

But if the Argos can sign him, and it’s still a big ‘if’ at this point, the thing I like as much as anything is the potential off the field.

Franklin could be the face of the franchise for the Argos, one like the team hasn’t had since Pinball (could, I emphasize). The excitement he could generate on the field and the personality off it would immediately make him one of the most marketable players in the CFL. 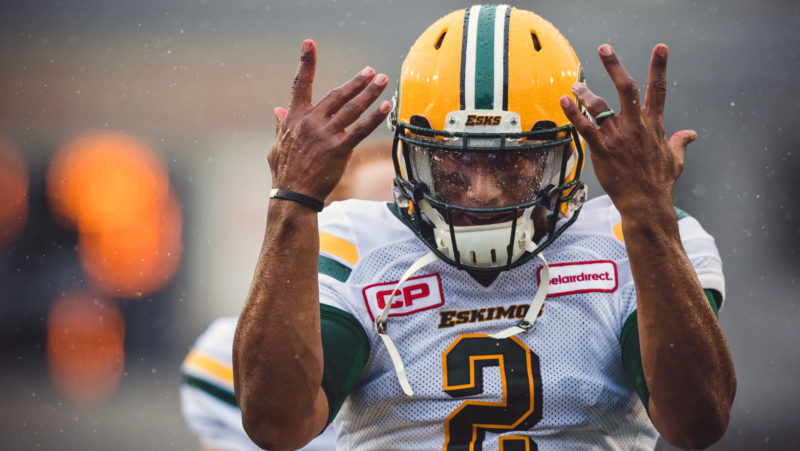 When it comes to Toronto’s sports giants, names like Matthews, Giovinco, Donaldson, DeRozan, Lowry all come to mind.

Franklin could be the Argos’ sports giant. The quarterback all the kids want to be one day. That could, one day soon, capture the imagination of a whole new generation of Argos fans.

The opposing argument is a simple one, and I will be happy to concede: Franklin is unproven. We’ve learned in the past that nothing is a guarantee; especially in the CFL, and especially when it comes to quarterbacks.

What I like is that he’s been brought along slowly. He’s worked with some of the league’s top offensive minds, from Stephen McAdoo to a quarterback guru in Jason Maas.

He’s also fought through adversity. Franklin was pulled during the biggest start of his career, a Labour Day loss to the Stamps back in 2015, and didn’t play again that season.

It’s true, there’s a chance James Franklin never does live up to the hype.

But I respond with one question: What if he does?

In the end, with respect to Mason Woods, a shrewd addition for the Eskimos given the circumstances, it doesn’t matter what the Argos give up.

Monday’s trade signaled something worth noting from the Boatmen: Jim Popp has no interest in repeating what happened at his last job, in Montreal, after Anthony Calvillo retired.

Developing a young, unknown quarterback and making him a star requires the most precious resource a football team has, even more so than money or draft picks: Time.

And with momentum on their side after last month’s Grey Cup win, the Argos have little to spare.

For Popp, I doubt there was even a shred of hesitation — without even knowing Franklin’s intentions.

The Argos’ GM is thinking big, and there’s no reason he shouldn’t.