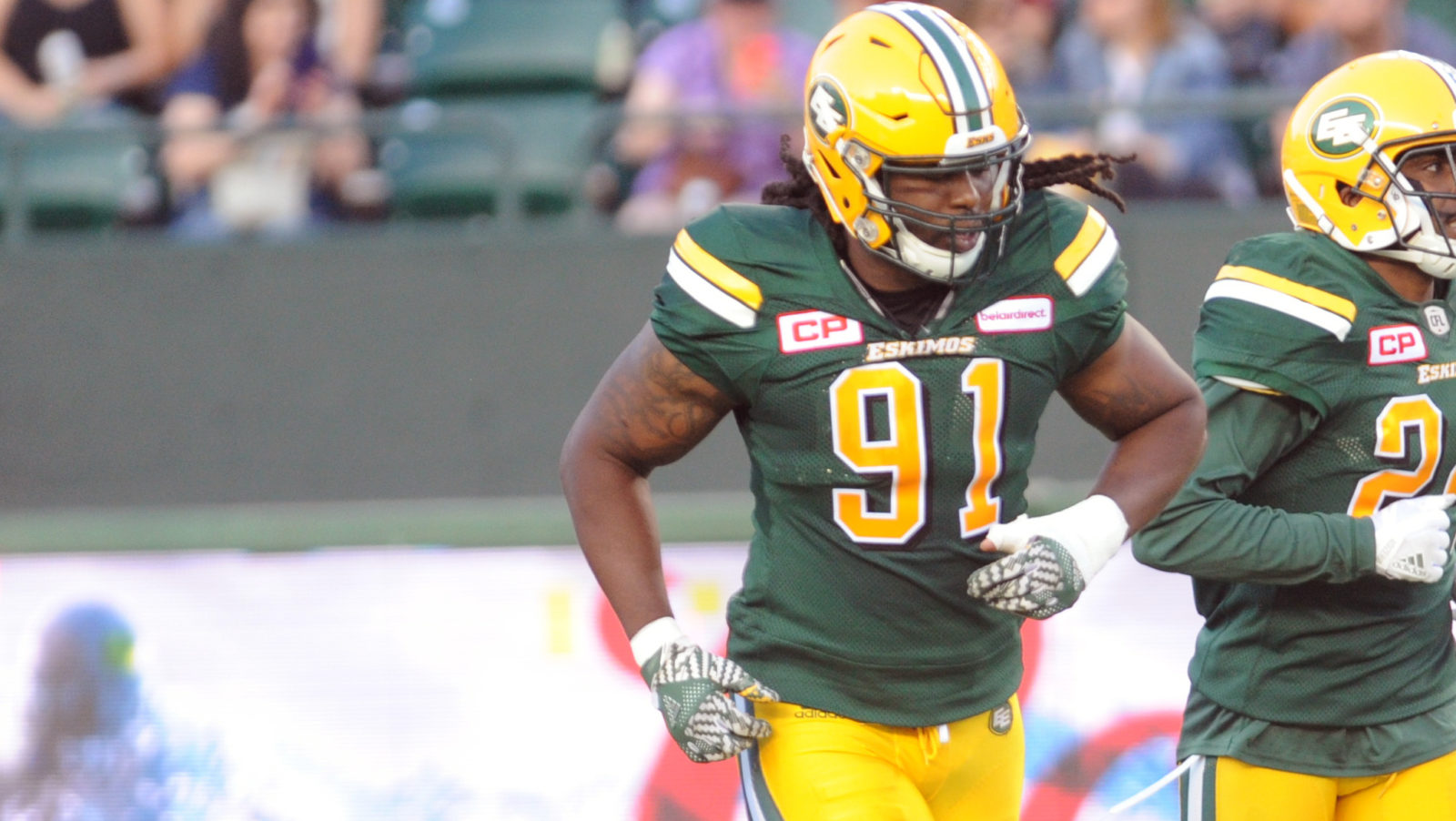 Also out are national offensive lineman Danny Groulx, national safety Cauchy Muamba and international defensive end Phillip Hunt, all three of which were due to become free agents on Feb. 13.

The Eskimos also announced the addition of international running back Korliss Marshall.

RELATED:
» GMs Up Front: Sunderland, Esks ‘all in’
» Free Agent Tracker: Who’s up for grabs on Feb. 13?
» Bio: The numbers on Marcus Howard

Howard is the biggest name on the outs. The 32-year-old spent seven seasons with the Eskimos, racking up 36 sacks in 68 career games. He had double-digit sacks in both 2011 and 2013, but last year was held to just one sack in five games.

Hunt, also 32, returned to the CFL in 2016, six years removed from a 16-sack season with the Winnipeg Blue Bombers. In two years with the Green and Gold, the veteran out of Houston had four sacks in 15 games.

Muamba, a 2010 fifth-round draft pick in the CFL Draft, spent last season as a backup safety for the Eskimos, while Groulx, a former seventh overall pick in 2015, gets to test free agency early after starting six games at guard in 2017.

Marshall attended Eastern Illinois in 2015 after transferring from the University of Arkansas, where he spent two seasons (2013, 2014), and rushed for 539 yards and four touchdowns on 106 carries. The 23-year-old running back prospect also caught 17 passes for 200 yards and two touchdowns, as well as returning 41 kickoffs for 981 yards and one touchdown.