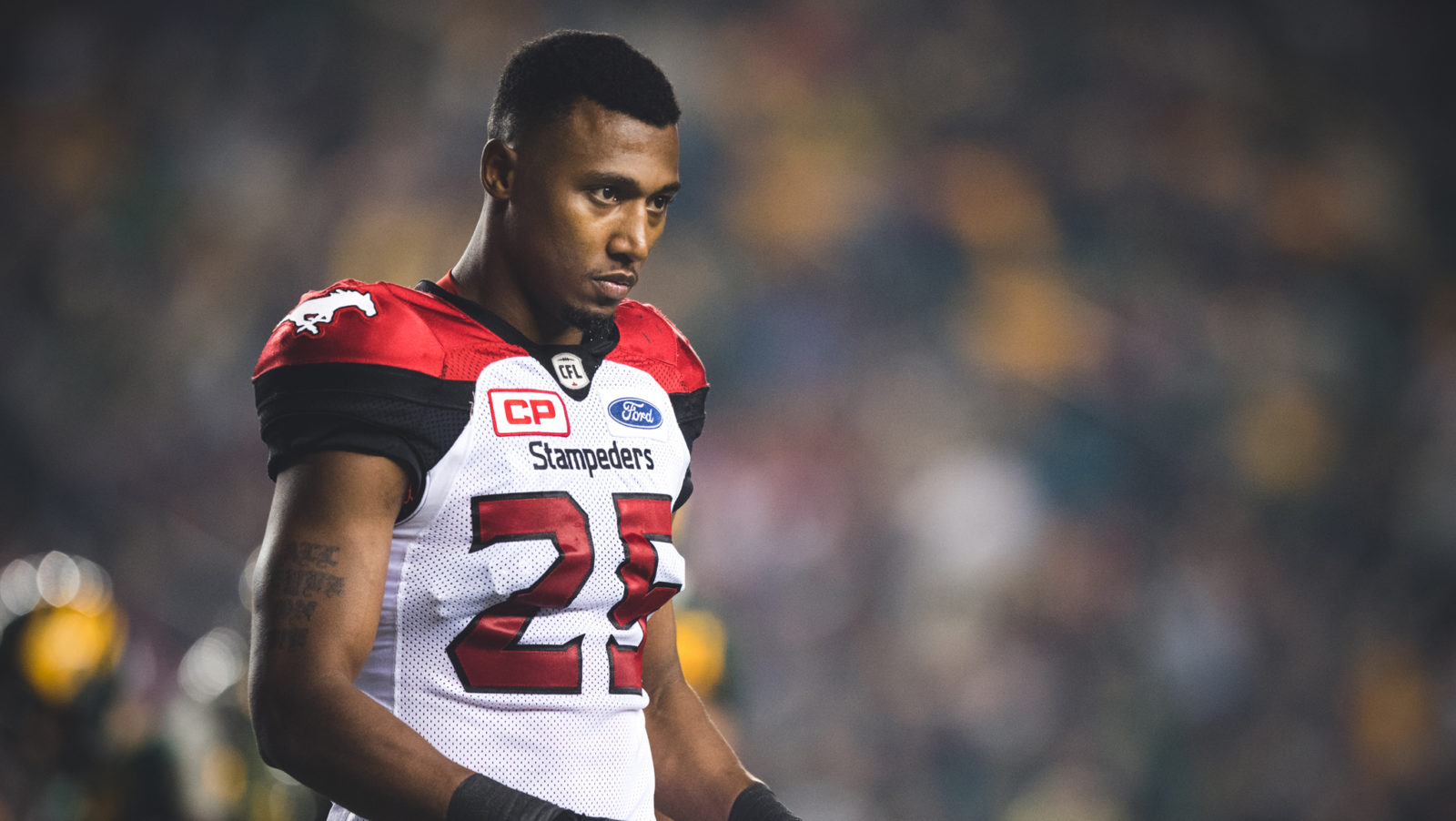 Burnett (5’10”, 180 lbs.) helped the Calgary Stampeders reach the Grey Cup the last two seasons. The 31-year-old defensive back made 11 defensive tackles in as many games in 2017, while intercepting one pass and knocking down another. The Eustis, FL native played his first three seasons in the CFL with the Edmonton Eskimos, prior to playing the following three in Calgary. In 80 career games, Burnett recorded 198 defensive tackles and intercepted 12 passes, including three for touchdowns. The former University of Central Florida Knight also recovered three fumbles, including one for a touchdown and knocked down 23 passes.

Campbell (6’3”, 203 lbs.) played in 17 games for the Calgary Stampeders in 2017 collecting 37 tackles and two interceptions. The 30-year-old joined the Stampeders in 2016 and played in all of the team’s 18 regular season games in Calgary in his rookie season. The Aliquippa, PA native posted a career-high 71 defensive tackles and three interceptions, while defending nine passes on his way to being named a CFL All-Star. Prior to joining the CFL, Campbell was drafted in the seventh round of the 2011 NFL Draft by the Tennessee Titans, where he played for three seasons before joining the Jacksonville Jaguars. In 44 career games in the NFL, he made 37 tackles while forcing a fumble.

Ellis (5’11”, 204 lbs.) returns to Montreal after starting his professional career with the Alouettes in 2014. Last season, he was limited to five games during which he made 17 defensive tackles, including a quarterback sack, while knocking down four passes. In 50 career games, the Wendell, NC native amassed 121 defensive tackles and five interceptions, while forcing a fumble. During that time, the former South Carolina University Gamecock also cumulated 19 special teams tackles.

“We are extremely happy to have added players of this caliber to our team. These are players who are relentless on the field and appreciated by their teammates in the locker room. They will fit perfectly in the type of team we are putting together”, said Alouettes General Manager Kavis Reed.